Tonight’s Britain’s Got Talent saw eight more acts fight it out in the hopes to secure a place in Sunday’s live final.

Young dancers Libby and Charlie, stuntman Jonathon Goodwin and magic act X made it to the top three.

However, it was X that got a spot in Sunday’s live final, while it was sent to the judges to decide the fate of the other two acts.

After David and Alesha chose Jonathon Goodwin and Amanda choosing the dancers, it was sent by Simon to the public Jonathon who came out on top.

Unfortunately for comedian Barbara Nice, tambourine performer Gonzo, singers Jacob Jones and Leanna Mya and the Japanese dance group Fabulous Sisters after they were knocked out by the public vote.

Fans were amazed by X’s creepy performance that once again featured Ant and Dec being fooled into thinking they were connected.

The act saw the pair both feel an electric shock at the same point in their body however unawares to them, the shock was only applied to Ant McPartlin. 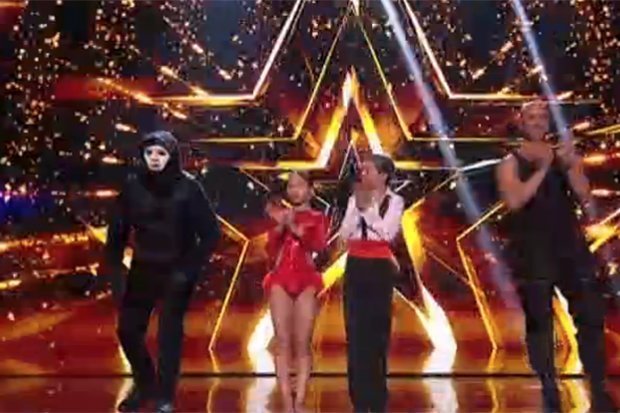 Tonight’s Britain Got Talent was marred with controversy, as some viewers were unable to see final act Jonathan Goodwin perform.

It came after Virgin Media suffered a technical glitch, which saw TV screens go blank, meaning viewers missed out on the last snippet of BGT action.

Outraged, they took to Twitetr to vent their frustrations.

“I know it was a bad act but you didn’t have to pull the whole show #bgt.”

Another asked: “Is this just a Virgin Media fault #BGT?”

A Virgin Media spokesman told Daily Star Online: “We sincerely apologise for the brief loss of some TV channels this evening.

“This was resolved quickly and all channels are now restored.”