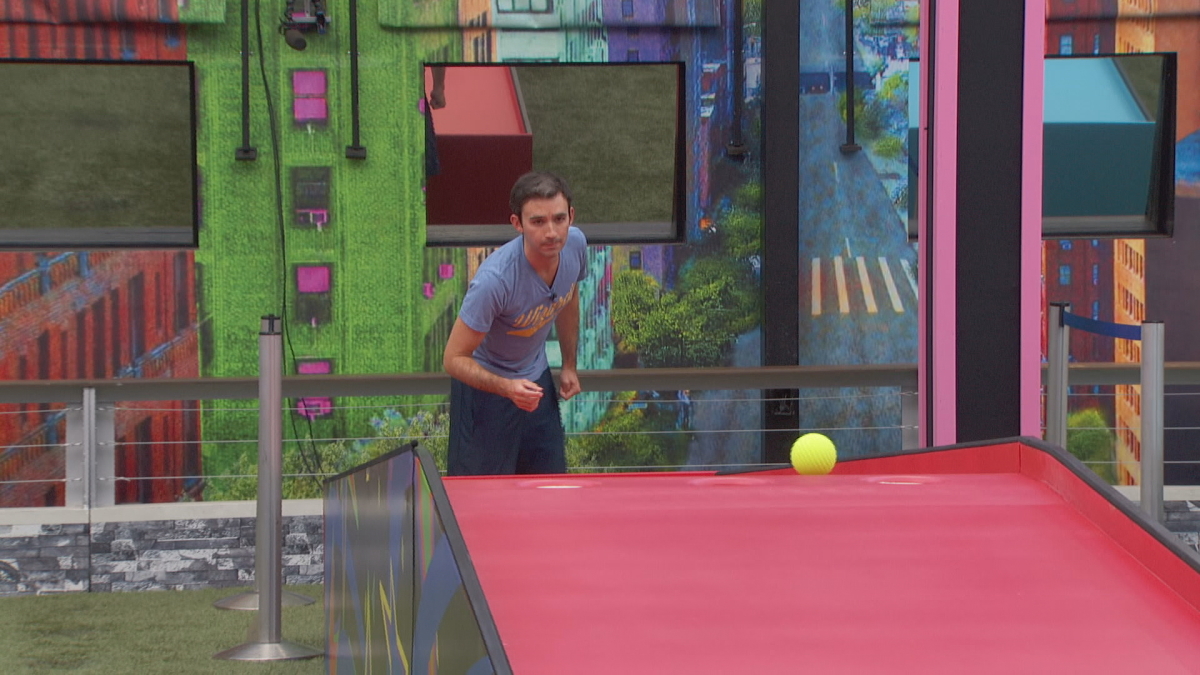 Big Brother 2020 spoilers about who won HOH last night are a very hot topic. Fans also love to speculate about who that BB22 cast member plans to nominate for eviction.

The big takeaway here is that there (sadly) may not be a shake-up of the house like many fans had wanted to see.

Instead, we are likely to end up seeing a lot of the same things that happened through the first three weeks of Big Brother All-Stars 2.

Enzo Palumbo is the new Head of Household. The challenge got started during Episode 10 of the show, but it didn’t even get close to finishing before host Julie Chen Moonves said good night and be kind to the viewers at home.

The CBS live feeds also didn’t show the competition as it was taking place, so fans had to wait more than three additional hours to find out what was happening.

When the feeds turned back on, Enzo could be seen lounging with the HOH key around his neck. Enzo had taken the power from Tyler Crispen and it meant that the same alliance that has been running the house all season will remain in charge of the game during Week 4.

It’s time for a twist. With the Safety Suite done, producers need to inject something into the game to get the excitement level back up. Fans will likely agree when they learn Enzo’s plans for nominees.

Who is Enzo going to nominate for eviction?

Enzo plans to put Kaysar Ridha and a pawn on the block. Kaysar is going to be his primary target for eviction – at least based on what he told Cody Calafiore on the feeds before going to bed for the night.

He wasn’t completely clear on who the pawn was going to be this week, but a lot of people suspect that it will end up being either Kevin Campbell or David Alexander who gets placed on the block next to Kaysar.

Enzo also has a backdoor plan ready to go in case Kaysar finds a way to win the Power of Veto. If Kaysar saves himself, Enzo plans to backdoor Ian Terry in Week 4.

It’s time for Ian to wake up and stop playing the under-the-radar game, especially since he has become the new person that Nicole Franzel cannot stop talking about. His alliance with her isn’t as strong as he has wanted to believe.

At some point on Friday, August 28, the Week 4 Nomination Ceremony will be held by Enzo Palumbo and everyone will learn the specific Big Brother 2020 spoilers of importance.

08/28/2020 TV & Movies Comments Off on Big Brother 2020 spoilers: Who won HOH last night and who will they nominate for eviction?
Recent Posts
We and our partners use cookies on this site to improve our service, perform analytics, personalize advertising, measure advertising performance, and remember website preferences.Ok