The Leonard Bernstein depicter, who also directs the biopic, is pictured sharing a smooch with the ‘American Horror Story’ star while filming the movie based on the life of the legendary Broadway composer.

AceShowbiz –Bradley Cooper and Matthew Bomer have conspicuously got affectionate on the set of “Maestro“. The two actors have been caught on camera locking lips during the filming of the Leonard Bernstein biopic.

The Oscar-nominated actor and the Golden Globe-winning star were reenacting a romantic scene for the upcoming movie on the streets of New York City on Monday, June 6. They were pictured sharing a tender smooch in front of camera.

Cooper, who portrays the legendary Broadway composer, donned a beige trench coat over a white dress shirt and black trousers with a green polka dot bowtie. Bomer, meanwhile, sported a dark red-and-blue tie and black slacks under a gray wool jacket. Both of them had their hair slicked back with gel to match the 1950s style. 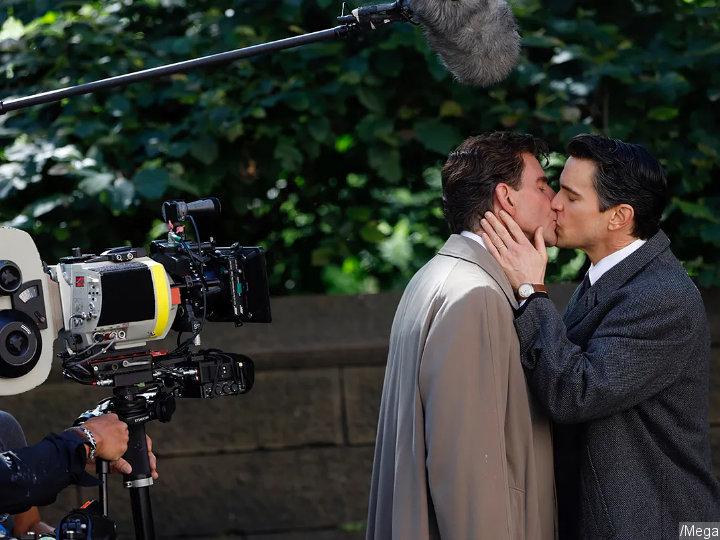 “Maestro”, which is also directed by the “A Star Is Born” helmer, appears to capture Bernstein’s life at different stages, including in old age. The 47-year-old actor was previously featured sporting white hair to portray old Bernstein in first-look photos shared in late May.

The biopic is said to focus on his marriage to actress Felicia Montealegre. Though he married the Chilean-American stage and TV performer, he then acknowledged his homosexuality. Throughout the course of their marriage, he had brief extramarital liaisons with young men, which several family friends have said his wife knew about. “White Collar” alum Bomer is said to portray a clarinet player with whom Bernstein had a brief romance.

After his wife was diagnosed with lung cancer in 1977, Bernstein cared for her until she died in 1978. He retired from conducting on October 9, 1990 and died five days later of a heart attack brought on by mesothelioma.

No exact release date is set just yet for the movie.