The Queen legend continue to keep the memory of Freddie alive with an emotional trip to Tanzania. May even found the hospital in Zanzibar City where his bandmate was born in 1964 to Jer and Bomi Bulsara. Freddie, and later his sister Kashmira, started life in Stone Town, an old quarter of the capital. May posted pictures of the building and wrote: “It was a thrill for me to find it. And then he asked: “So, did we do our friend justice in the recent film we ‘uncled’?”

Bohemian Rhapsody roared past $900million at the global box office and picked up four Oscars.

Yet, it was heavily panned by some parts of the press and criticised by some for “whitewashing” away any difficult parts of Freddie’s life and playing fast and loose with facts and timelines.

May posted a lengthy and passionate defence: “Some of the comments on my previous post about the ‘accuracy’ of the Bohemian Rhapsody film make me realise that many people don’t understand what ‘accurate’ means in the context of a biopic – rather than a documentary.”

He goes on to explain why every decision was made and defend the integrity of the film. 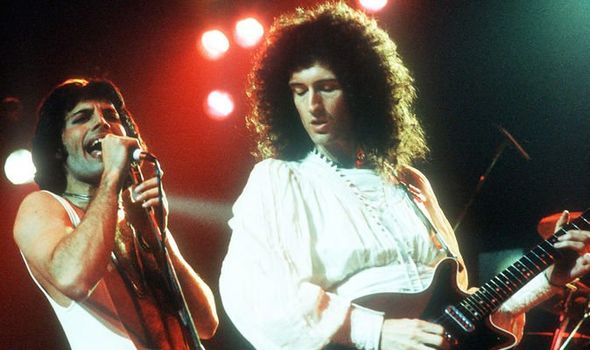 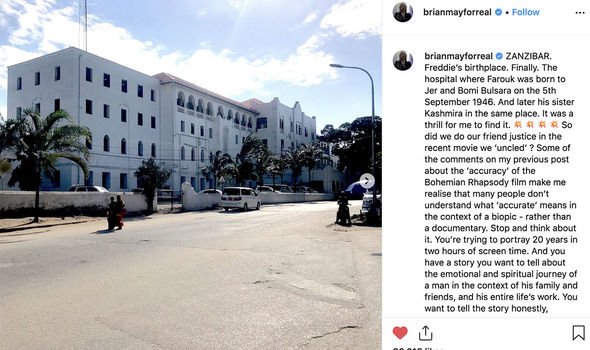 May wrote: “Stop and think about it. You’re trying to portray 20 years in two hours of screen time. And you have a story you want to tell about the emotional and spiritual journey of a man in the context of his family and friends, and his entire life’s work.

“You want to tell the story honestly, decently, without avoiding any important issues, yet without gratuitous prurient detail. You want it to make sense to people of all races, colours, sexual proclivities and ages. And, crucially, you want it to be entertaining, emotionally inspiring, or else why bother ?! Think about the vast amount of situations and millions of words actually spoken in that 20 years. There is no way to do tell your story without compressing time scales, moving events around, condensing multiple conversations over years into single scenes, amalgamating characters, and basically LEAVING 99.9 per cent of what actually happened OUT !!!” 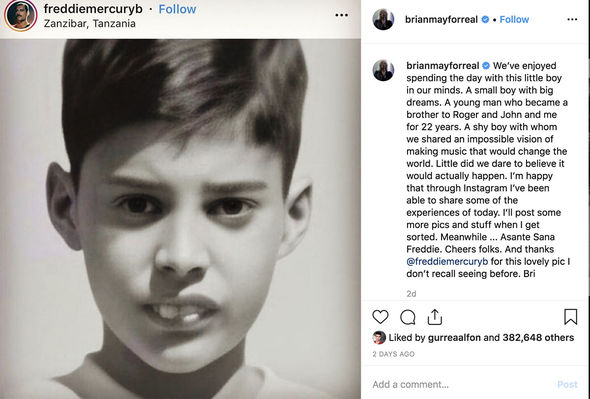 “A few armchair critics think, by comparing the film’s narrative with scraps that they’ve picked up from press stories, unauthorised biographies, etc, that they see ‘mistakes’?

“I can assure you all that not a single, word, action, emotion in Bohemian Rhapsody is there by accident, or for any other reason than to provide an insight, a clue to the big picture, a brush stroke in a coherent portrait of a man and his life and dreams.

“The fact that this movie has become by far the most successful biopic in history tells me that we – or actually the whole BR team – on the whole – got it right.

“Thanks for the overwhelming support so many of you folks have given me on this – I’m very touched. I have great pals. OK pals – we’ve all said our bit – shall we move on?”