Britain's Got Talent's dare devil Jonathan Goodwin has revealed that he could die if judge Simon Cowell messes up his part in the stunt in tonight's semi-finals.

The escapologist, 38 petrified the nation when he set himself on fire while hanging upside down and tried to escape from a straight jacket in his first audition. 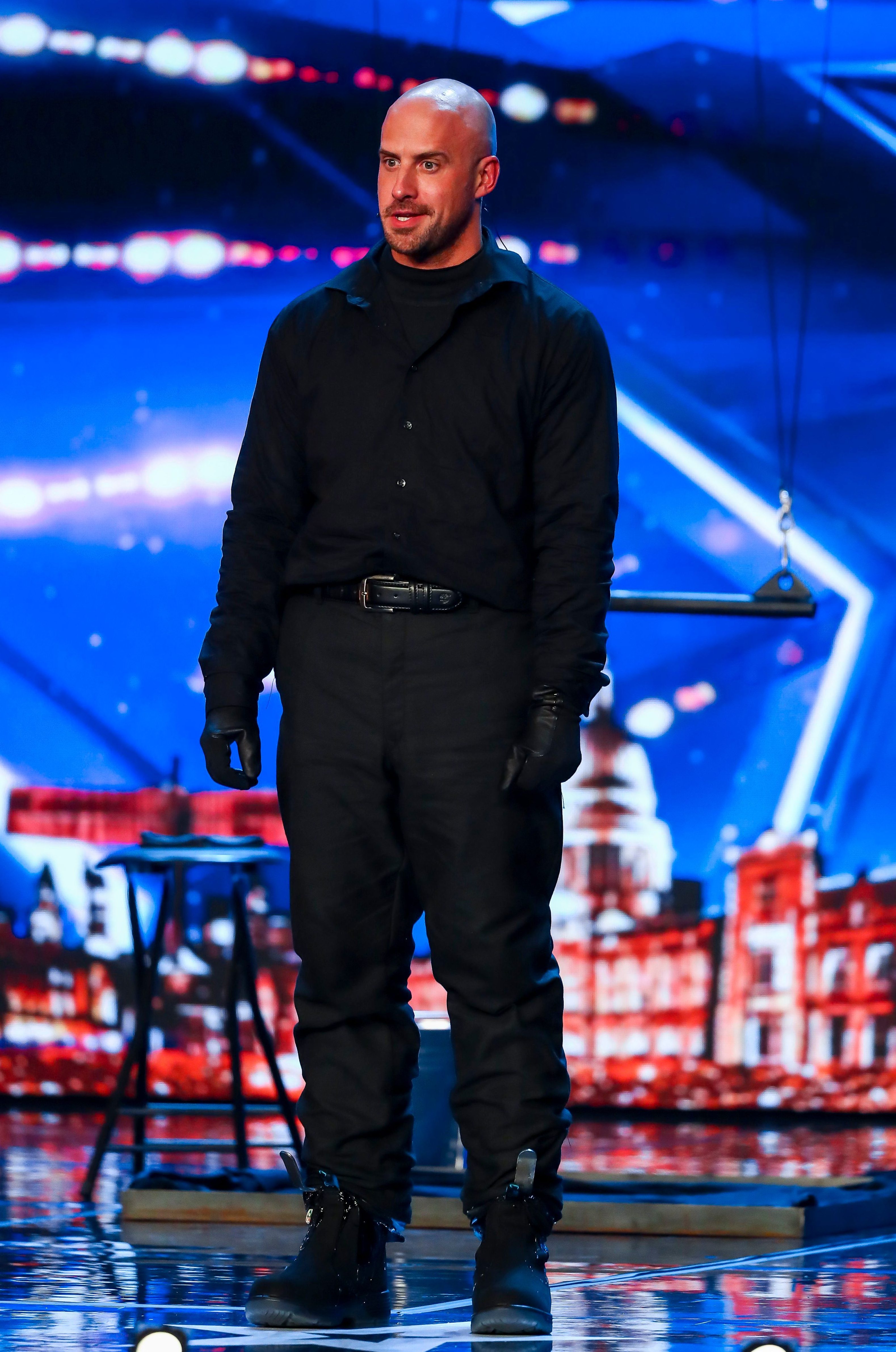 Speaking exclusively to The Sun Online the 38-year-old said: "Honestly it couldn’t be more different to what I did in the last round, other than the fact it’s more dangerous.

"It’s not an escape, I am basically playing chicken on stage, is what I'm doing. It’s also going to involve Simon Cowell. I’ve been told that Simon is a big danger fan, so I wanted to get him involved and basically tonight, Simon Cowell is going to save my life."

When asked how he feels about tonight's show, the self-confessed daredevil said: "I'm excited and obviously nervous for numerous reasons, really.

"It’s live and the judges and all the pressure of that, but what I’m doing is easily the most dangerous thing I have ever attempted on stage and I’ve never done it before, so all of that together is pretty intense." 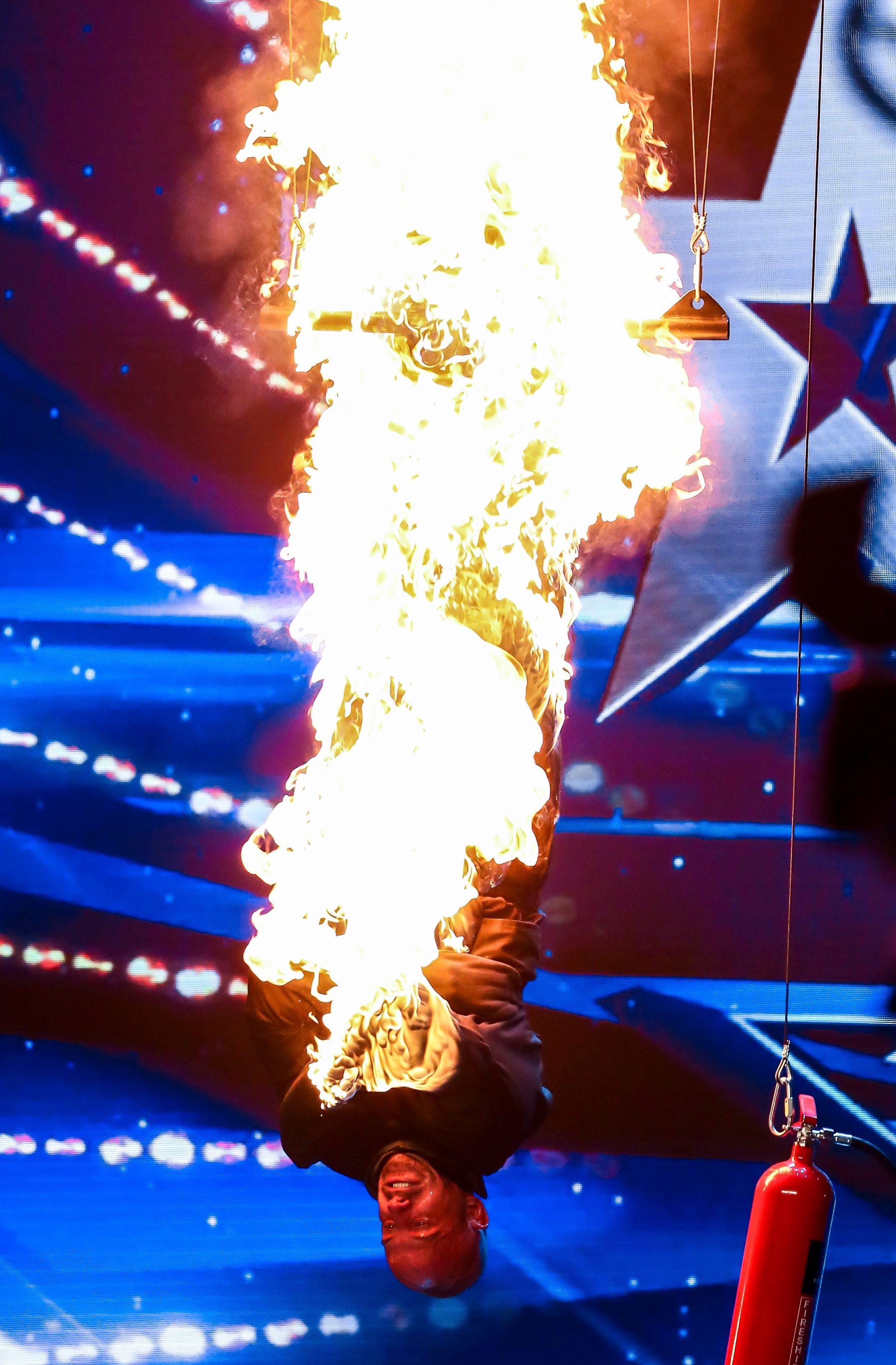 The father-of-one revealed that there have been some near misses in rehearsals preparing for the big show, but nothing that was beyond the tolerance of what he's happy with.

"There are an awful lot of health and safety people standing around watching the rehearsals and they’ve signed it off, and they’re happy with it, they’re confident that they know I know what I’m doing."

He added: "I have had somebody say that if was anybody else had pitched them what I am going to do tonight, they would probably have said no, which is very flattering they trust me that much."

Having admitted that it is his "most dangerous performance" to date, Jonathan said that he can't allow that to distract him from trying to keep all 10 fingers and toes. 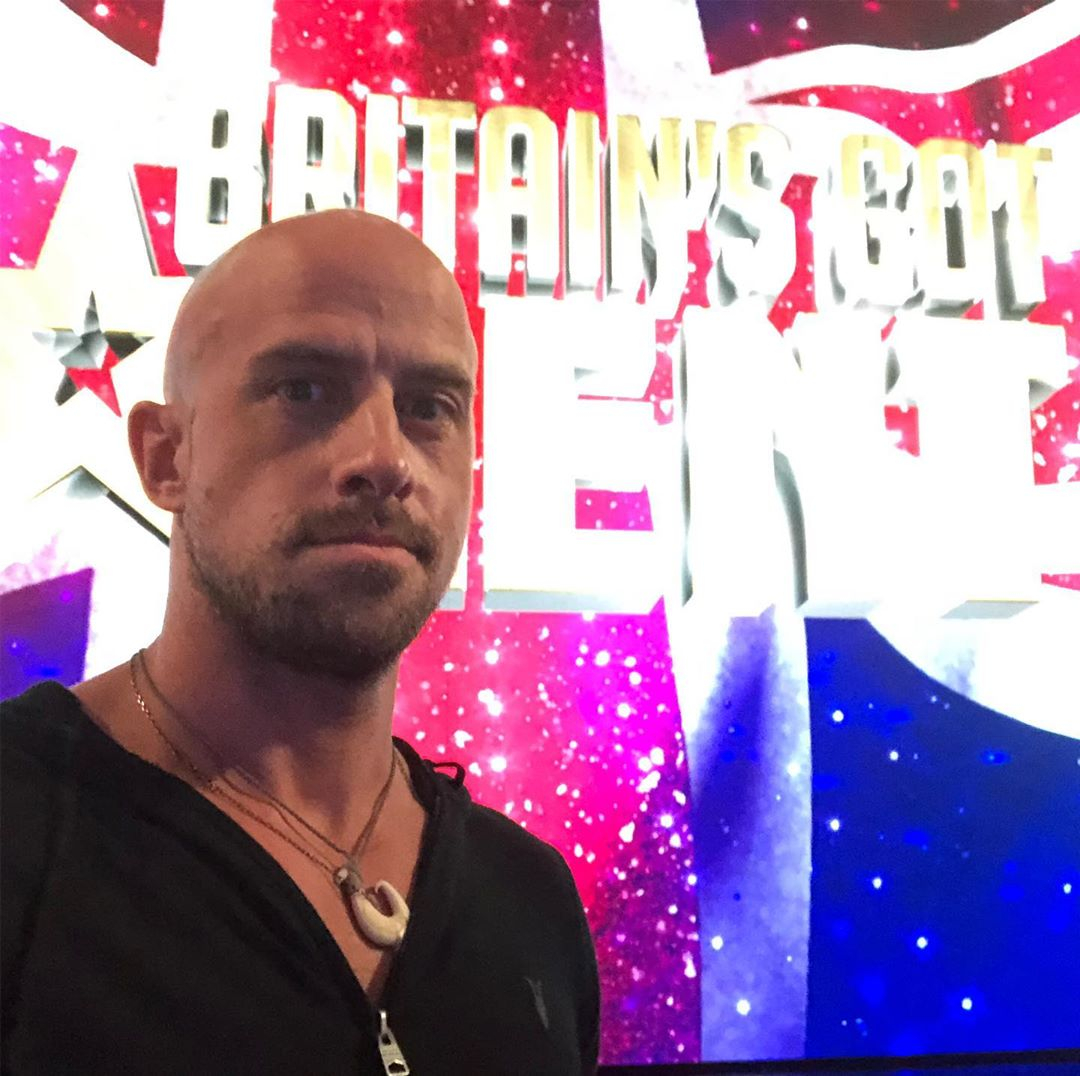 Jonathan took to the Britain's Got Talent stage for his first audition and amazed the judges as he dangled upside down in a straight jacket, and set himself free – all whilst being set a light.

The daredevil admitted that he been interested in escapology since the age of seven, and has only had "one proper job" in telesales – which made him realise that escapology is the career he wanted to go into.

When asked how he is going to prepare for tonight's show, Jonathan told The Sun Online: "Do you know what, I don’t really have a process, it depends on what it is I’m doing. For this, I just have to be super relaxed and so I can concentrate on the beat of it.

"I don’t really get stage fright or nerves and I think that’s because the audience is probably the least scary element, so I’m way more nervous and scared about the act than about the fact I’m on live television." 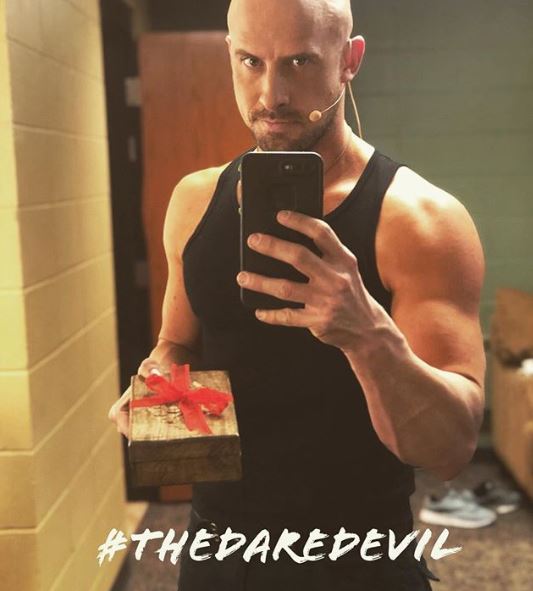 Jonathan went onto explain that it would be extremely special to him if he got through to the finals of the popular ITV talent show, as he'd be able to perform his six-year-old daughter's stunt that she created for him.

"She’s always pitching me massive dangerous ridiculous things for me to do and I’ve never done any of them.

"Actually if I get through tonight, if I do the final, what I will perform is one of Millie’s ideas."

He described the act created by his daughter as "equally if not more dangerous" than tonight's act which is "epic, really massive, and super ambitious." 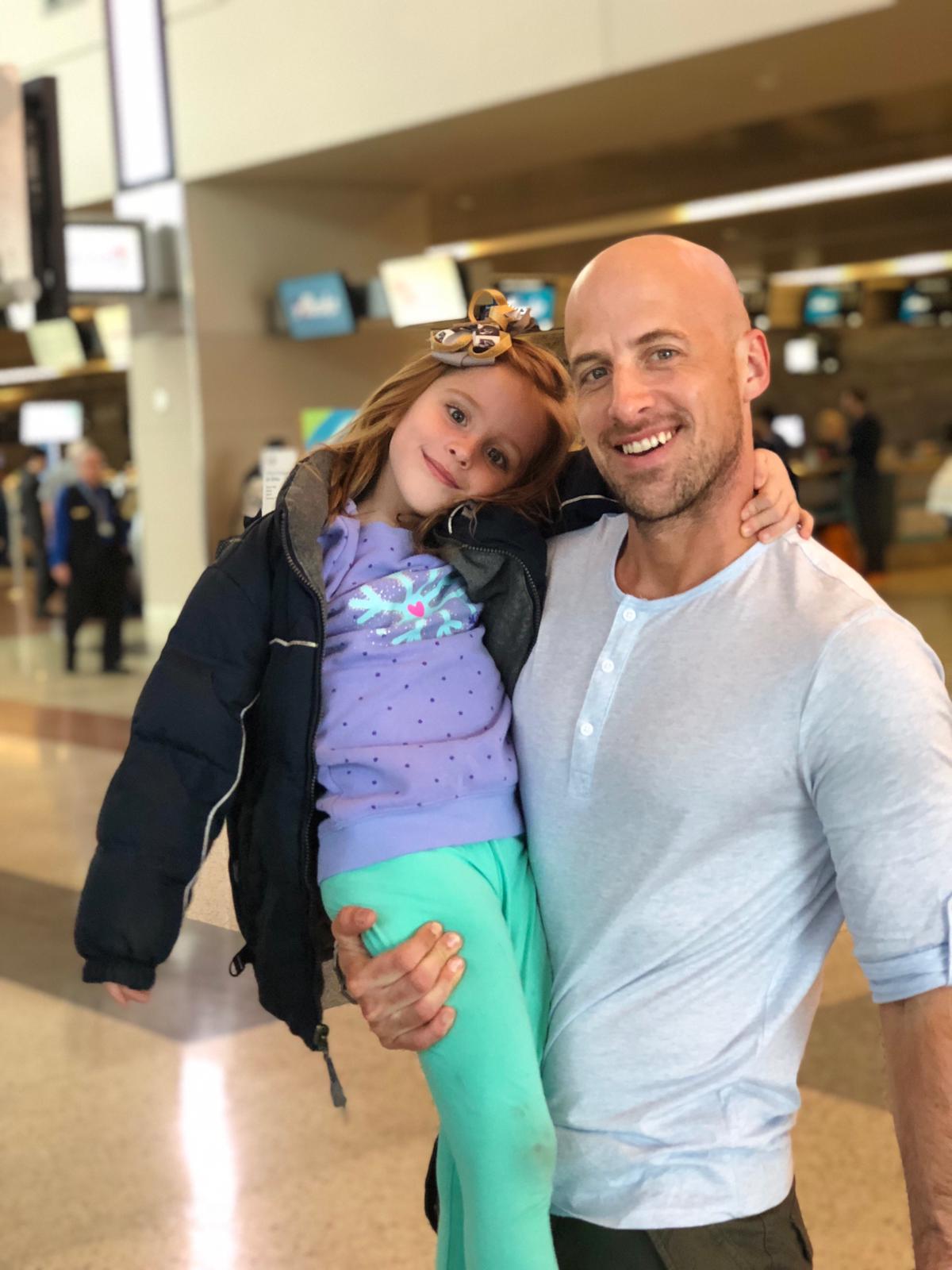 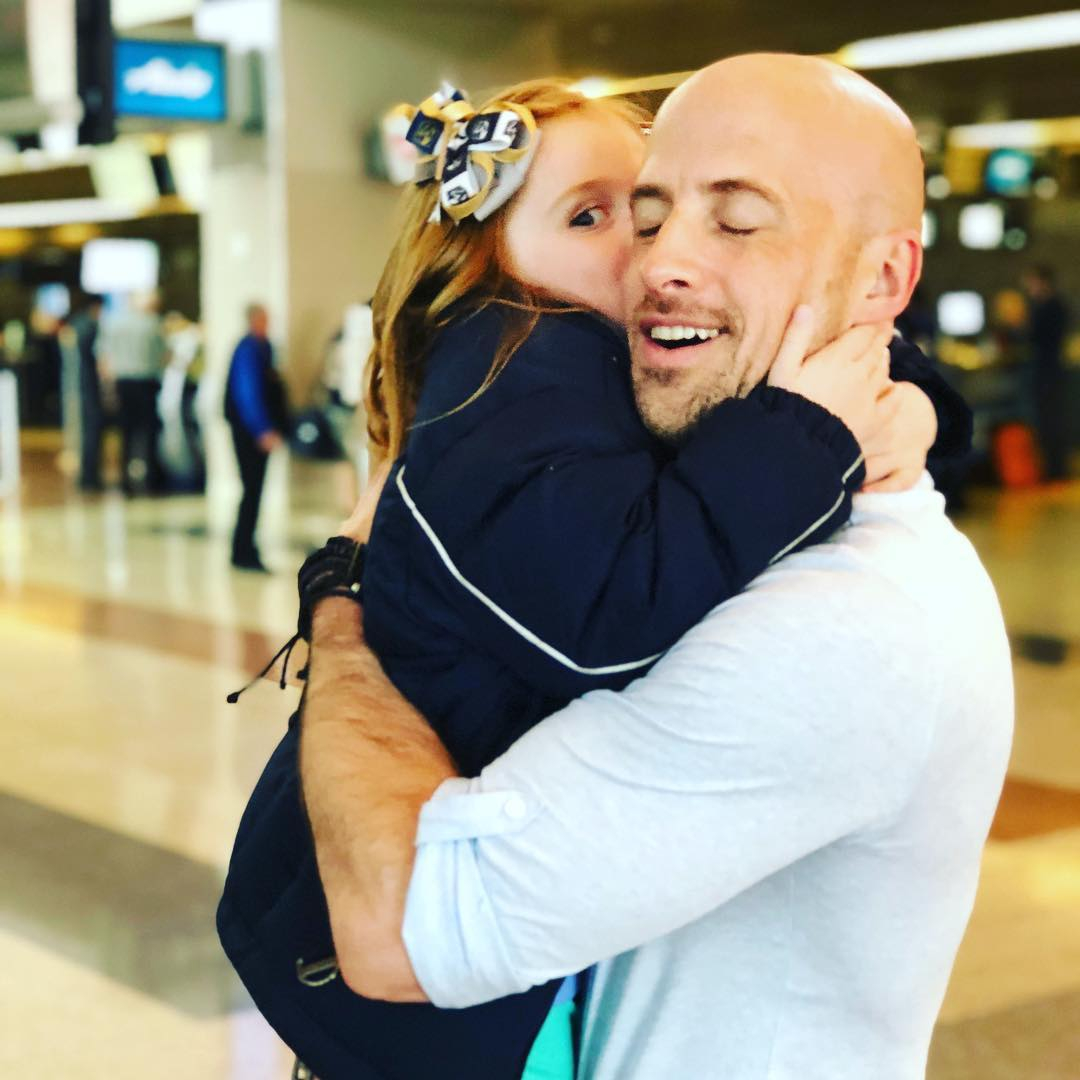 Jonathan told The Sun Online that if he where to win the show, his parents would come and watch him perform on the Royal Variety Show, which is an extremely special thing for him.

"One thing I do know is, my parents are very proud of me, but they’re also very nervous about what I do. They didn’t come to the audition, they’re not coming to the semi-final, if I get through to the final they won’t come either.

"I raised that issue with my dad the other day, and he said 'if you win and get to the Royal Variety, I might think about it'.

"That’s a good goal: to perform at the Royal Variety Performance, not only in front of a member of the Royal family but also my mum and dad, would be amazing. "

Britain’s Got Talent Live Semi-Finals are on tonight at 7:30pm on ITV