To prepare for Executive Producers George Clooney and Grant Heslov’s limited series adaptation of Joesph Heller’s “Catch-22,” costume designer Jenny Eagan did months of research. The idea was to not only know what the men who fought World War II in Europe wore, but to familiarize herself with the smallest details about their daily lives.

“I felt like if I kept it as close to reality as possible and gave them little nuances, then you don’t get lost in the clothes detail,” said Eagan, who appeared at IndieWire’s Consider This FYC Brunch. “My idea was the comedy in the script would work on its own. If I kept it realistic than all that stuff works better.”

During her research, Eagan was told she could find actual American uniforms in England that were left behind after the war. “Well, that was not the case,” said Eagan. “There’s little bits here and there. I’d have had to go to multiple shows year-round to collect all the stuff.” 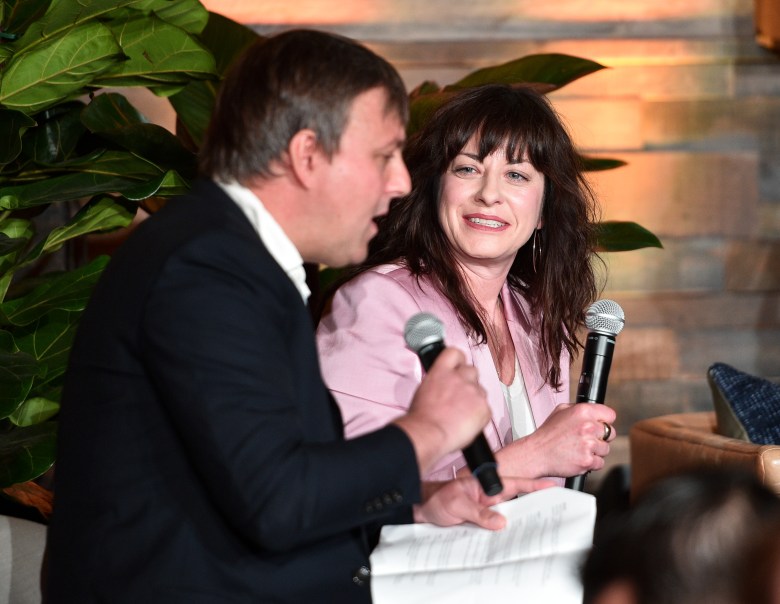 What Eagan did discover is there was a wealth of unused WWII uniforms here in the U.S. “There were hundreds of thousands of young men and boys who went to war,” said Eagan. “Places like Western Costume, over the years, got stuff that was never used, like dead stock, or things that were collected for years, because there was so much of it. The green [jackets] and the pants, they didn’t wear that in their life very much. Manufactures had containers of them.”

Eagan shipped hundreds of like-new uniforms to the production in Italy. The problem was that most of them were too small for the average-sized male in 2019. “What’s difficult is nobody is the same size as they use to be,” said Eagan. “The good thing is, ironically, all the young men in Sardinia are known for being jockeys and boxers, so they are smaller than modern American men today. So all the background [actors], it fit them perfect.”

One of the keys for Eagan was to figure out how for each of the cast members to personalize the uniforms, which were essentially identical. Furthermore, there were strict military codes about how uniforms were supposed to be worn.

“In the position they’re in they tend to be thinking about if they’ll make it through the next flight, so the rules slip away,” said Eagan. “My job was I give them all the specifics of how things were suppose to be tucked, but I wanted each of them to find their own character, ‘I want you to do what you feel that person would do.’ It’s about how they wear it.”

Studying photographs of Heller’s actual WWII squad helped give Eagan ideas of the many ways actors could individualize their wardrobe. “All of those guys wore it the way they wanted,” said Eagan. “They had all of the same things, but how do you wear your hat, where do you put your hat at dinner? It was about the actors feeling like they had way to create that character.”

In dressing lead Christopher Abbott, Eagan looked to Heller, working under the assumption the character of Yossarian had been a stand-in, at least to some degree, for the author himself. In studying photos of Heller she added small details – like the medallion Heller wore on his collar – to Abbot’s costume.

The real work for Eagan though came in aging the WWII uniforms to fit each part of the story and the different stages of war the characters found themselves. Below watch Eagan discuss this process:

Jenny Eagan is eligible for “Catch-22” in the Outstanding Costumes for a Period/Fantasy Series, Limited Series category.