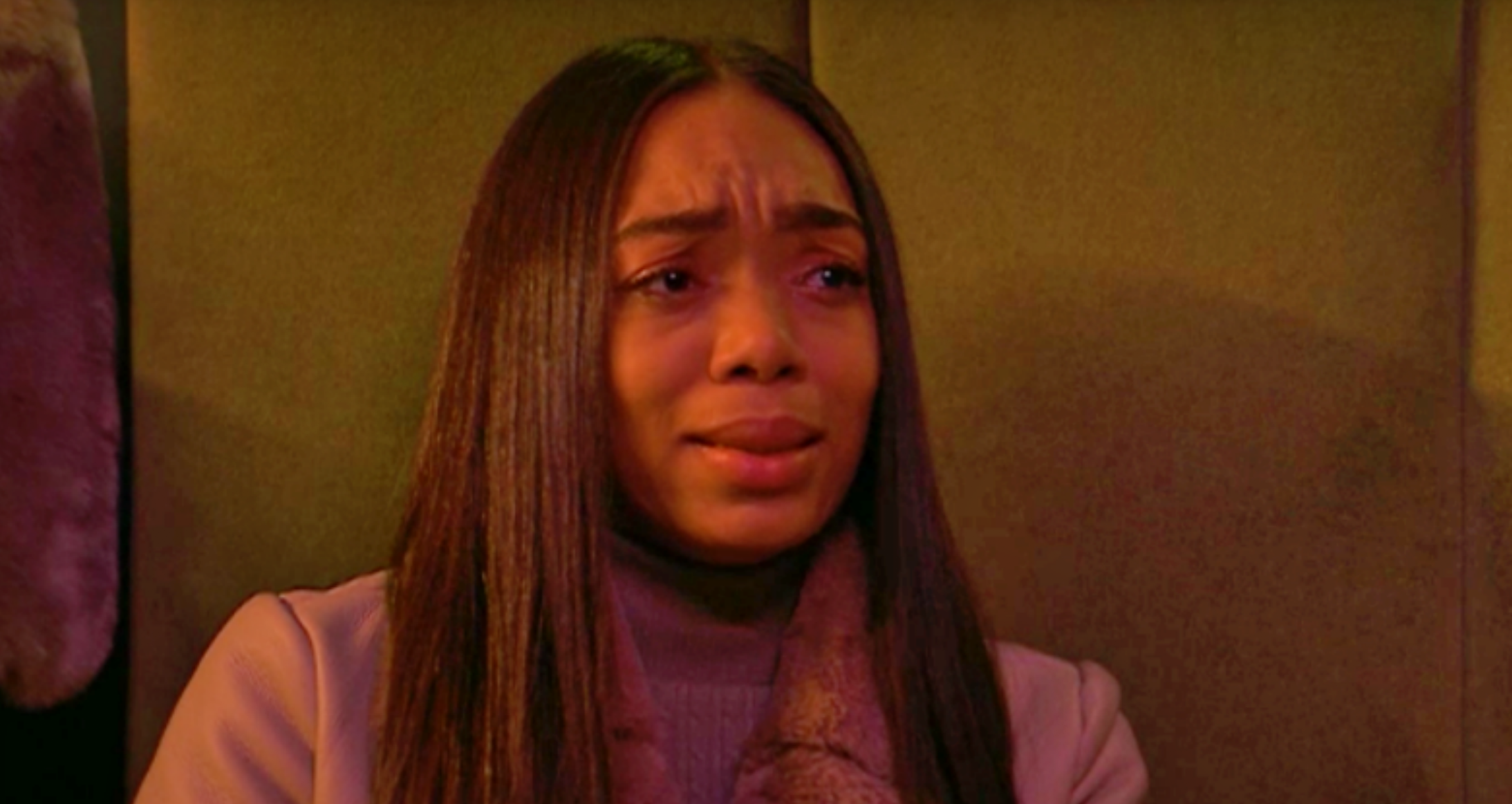 Denise’s whereabouts have been the subject of much mystery, after she was abducted last week following a showdown with Lucas Johnson (Don Gilet).

However, it was revealed in tonight’s edition of the BBC One soap that it was actually Caleb who’d kidnapped her — not the aforementioned serial killer.

Caleb let Denise go, after Chelsea agreed to transport his drugs to Ibiza as planned.

Chelsea filled Denise in on how she got involved with Caleb, confirming that she met him while abroad. and fell for him as he worshiped her.

However, she was soon given reason to do a runner, after she witnessed him shoot a teenager over a dispute he’d had with their brother.

‘One day we were out,’ Chelsea told her mum, ‘And he pulled up to this teenage kid on the side of the road. He said: “Your brother owes me money.”

‘They argued, and then Caleb pulls out a gun and shoots him. I tried to leave, but he said I owed him.’

Denise was horrified, but realising that her whole family is in danger, she agreed to keep shtum about Chelsea’s secret alliance with the drug dealer, and resolved to set Lucas up for transporting the drugs!

Will their plan work?

EastEnders continues Wednesday February 10 at 8pm on BBC One.