Chicago Fire fans were freaking out while watching the latest episode of the NBC show after seeing their favorite couple Stellaride – also known as Stella Kidd (Miranda Rae Mayo) and Kelly Severide (Taylor Kinney) – engaged in a very steamy scene.

The on-screen husband and wife were seen embracing as they entered a room in the episode, named All-Out Mystery, and viewers had a lot to say.

One person tweeted: “He really was ready for Stella to back him up against that wall that’s a whole new level of unhinged #stellaride #chicagofire.”

A second had a similar thought, tweeting: “Congratulations to Stellaride for being first of their class in chemistry #chicagofire,” while a third commented: “Ending the episode with Stellaride sexy time. This was our reward for a two-week hiatus. We love to see it!!! #ChicagoFire.” 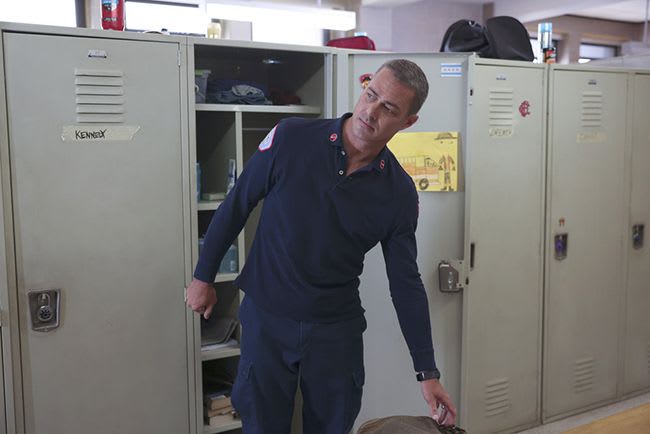 The synopsis for episode six of season 11, which aired this week after the show’s usual mid-season two-week hiatus, reads: “Severide and Kidd investigate an explosion at a jewellery store; Cruz and Chloe take steps to make Javi a permanent part of their family; Gallo, Ritter and Mouch try to bond with Carver.”

Fans can look forward to episode seven, titled Angry is Easier, which will see Herrmann tasked with fulfilling a dying man’s wish, while Stella “reflects on her Girls on Fire programme after one of her students graduates from the Fire Academy; a heckler harasses Firehouse 51.” 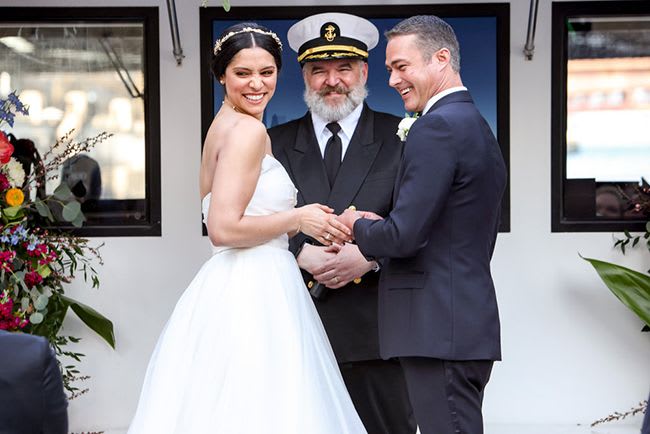 The on-screen couple are fan-favorites

Meanwhile, fans might be devoted to Taylor Kinney’s on-screen romance, but away from the show, it seems his romance is blossoming, too. Earlier in the season, the actor’s real-life girlfriend, Ashley Cruger, eve made an appearance on the show.

During a scene towards the end of the episode set at Molly’s Pub, Ashley could be seen raising her glass with some of the firefighters in celebration. “First episode of Chicago Fire aired last night and I got to sneak on it @taylorkiney111,” she wrote alongside a screengrab on Instagram at the time.