CHLOE Ferry showed off an extraordinary new look as she went for drinks with her lookalike mum today.

The 25-year-old Geordie Shore star was dressed in an all-in-one nude bodysuit as she went out in Newcastle. 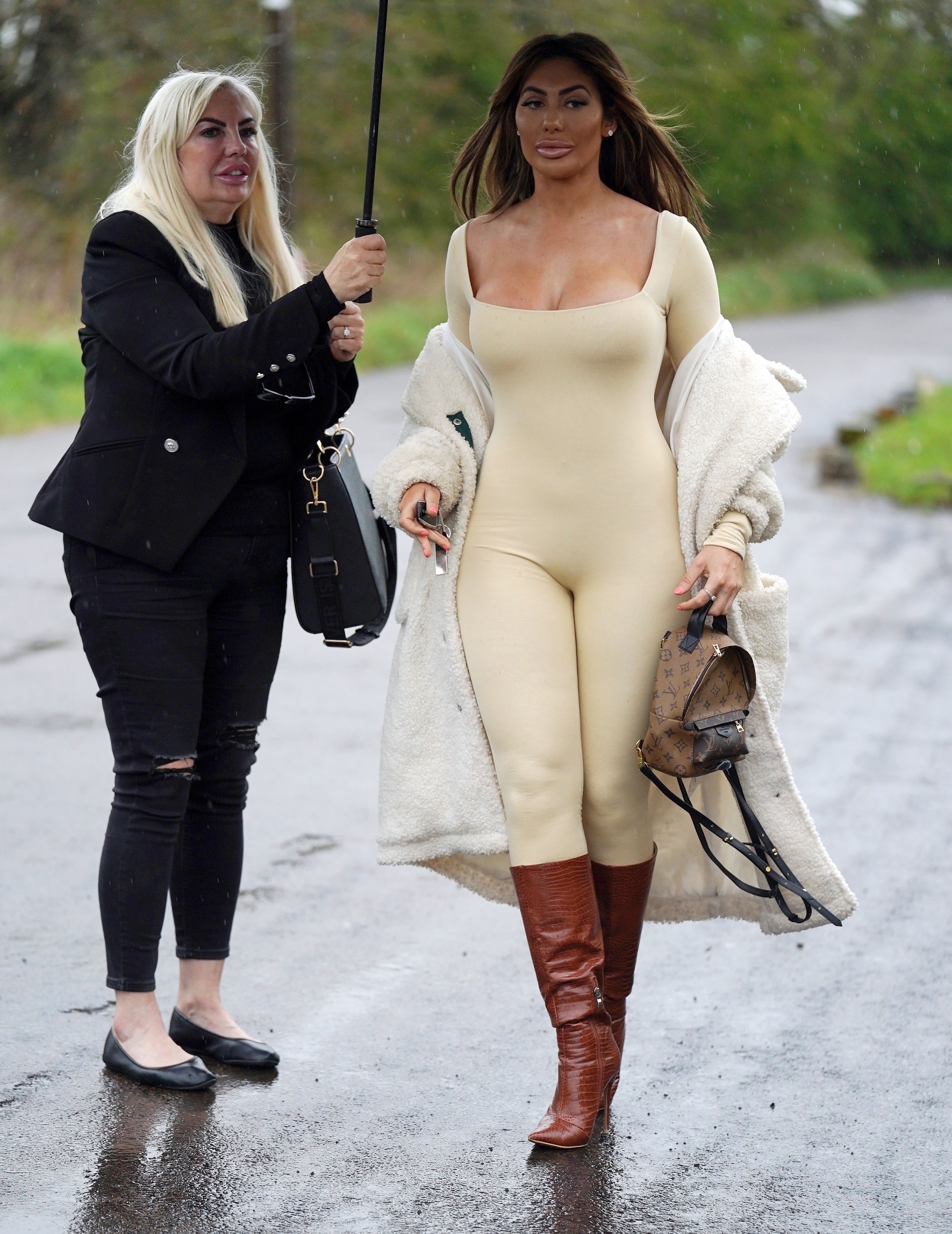 With her coat off her shoulders, Chloe stomped through the rain as mum Liz, 58, shielded her from the rain with an umbrella.

The pair headed to the Tomahawk Steakhouse in the Ponteland area of the city, sitting outside under a canopy.

Shielded from the rain, they tucked into their meals close to a log fire at the posh restaurant.

The leotard-like outfit, which made the star look vaguely like she was about to break into an interpretive dance routine, was in contrast to the other diners. 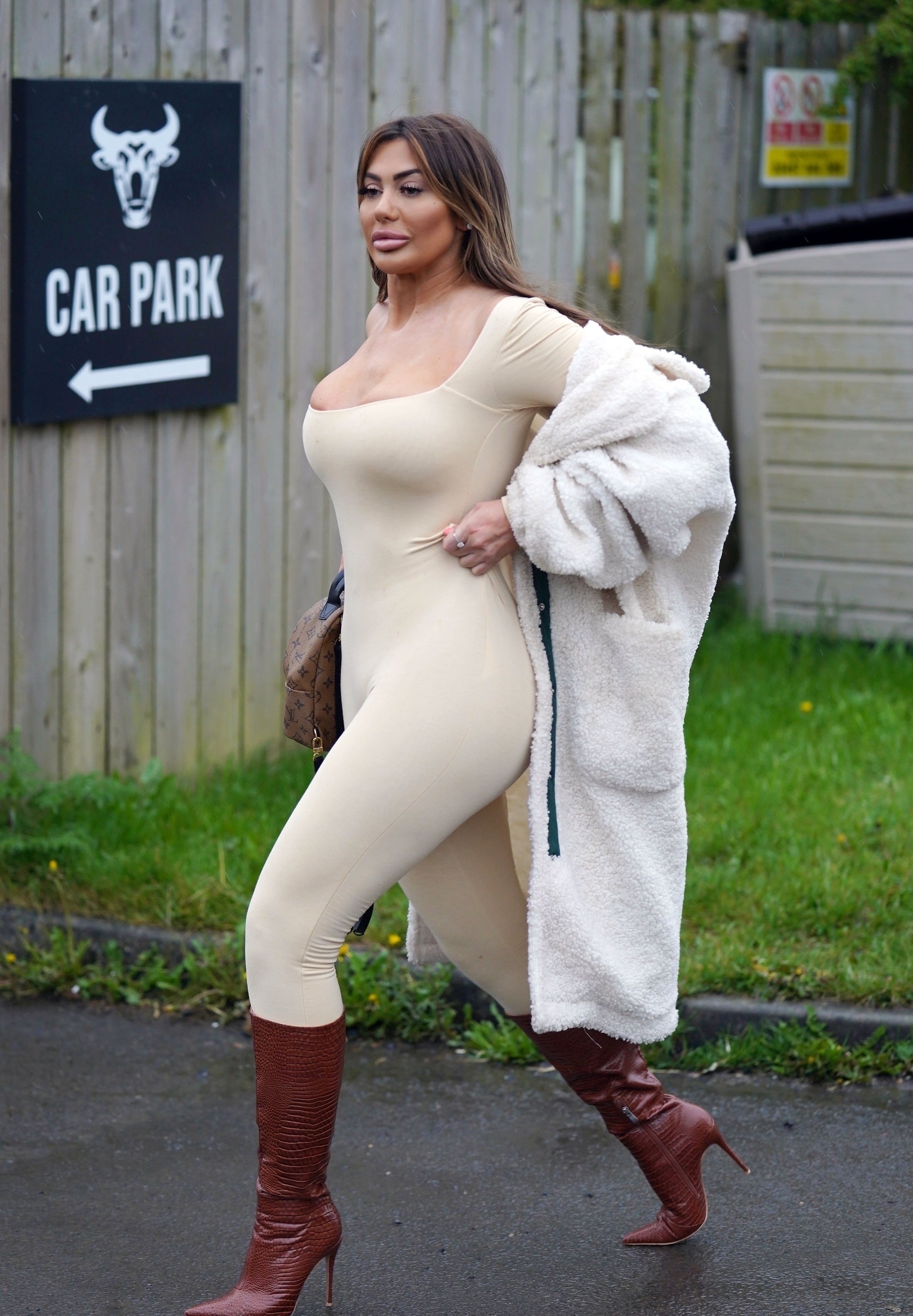 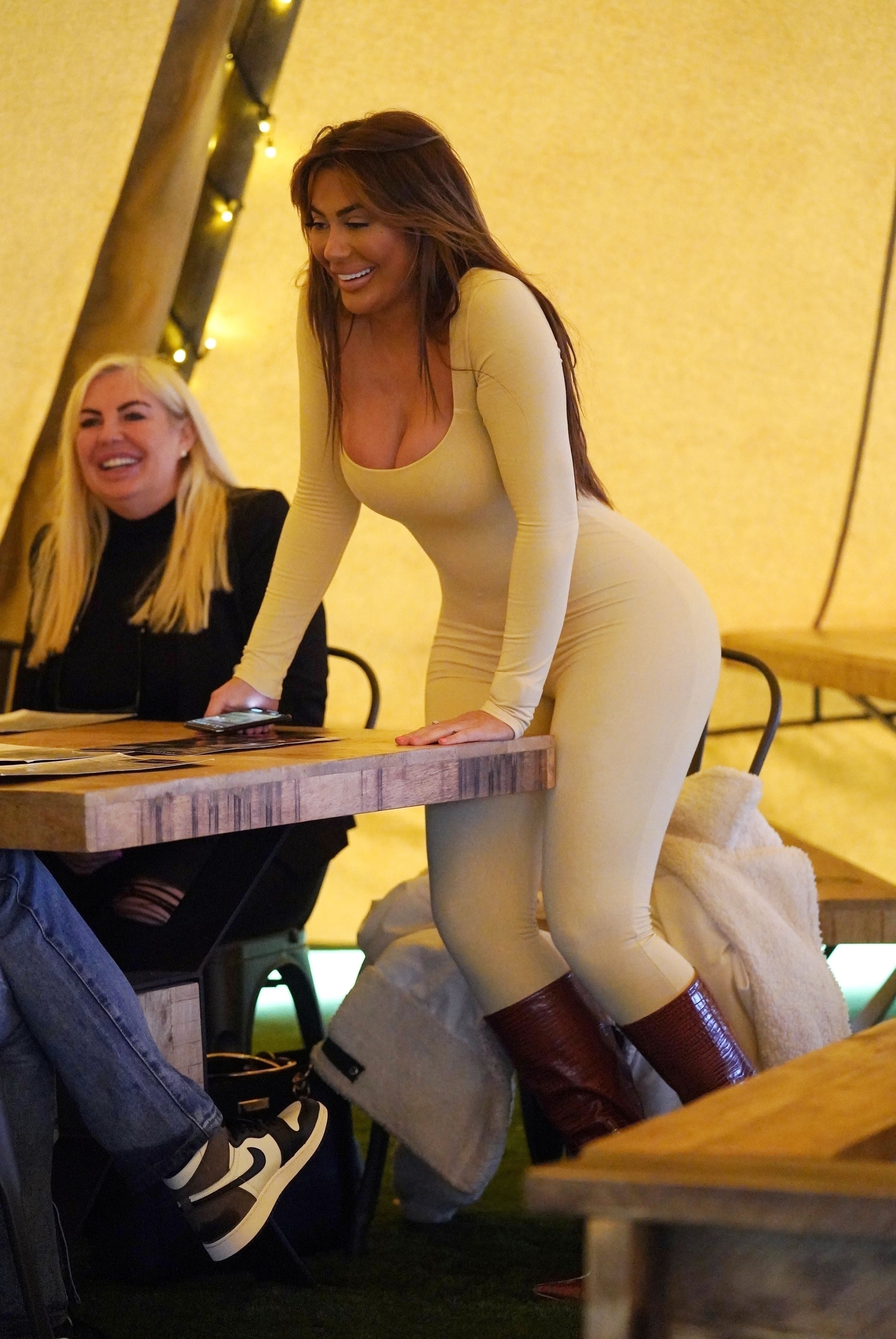 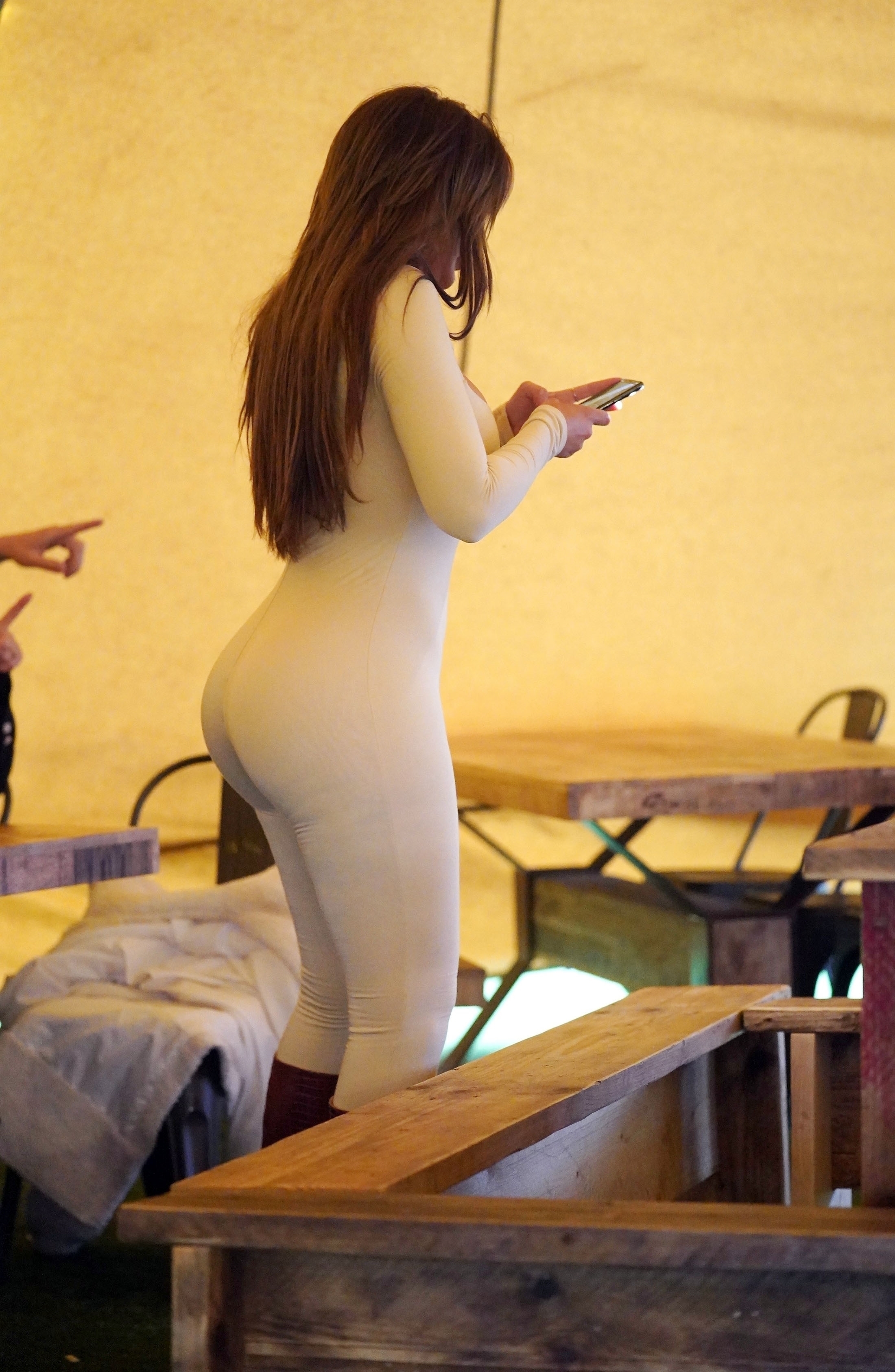 At one point she stood up, showing off her famous bum in the very tight-fitting garment.

The pair were later seen toasting one another – Chloe with a cocktail, Liz with a glass of wine – underneath the canopy.

The duo have been seen together several times lately, with the star taking her mum to a spa to celebrate her recent engagement.

Posing in an orange thong bikini alongside her, Chloe wrote: "Spa day for my queens engagement ❤️." 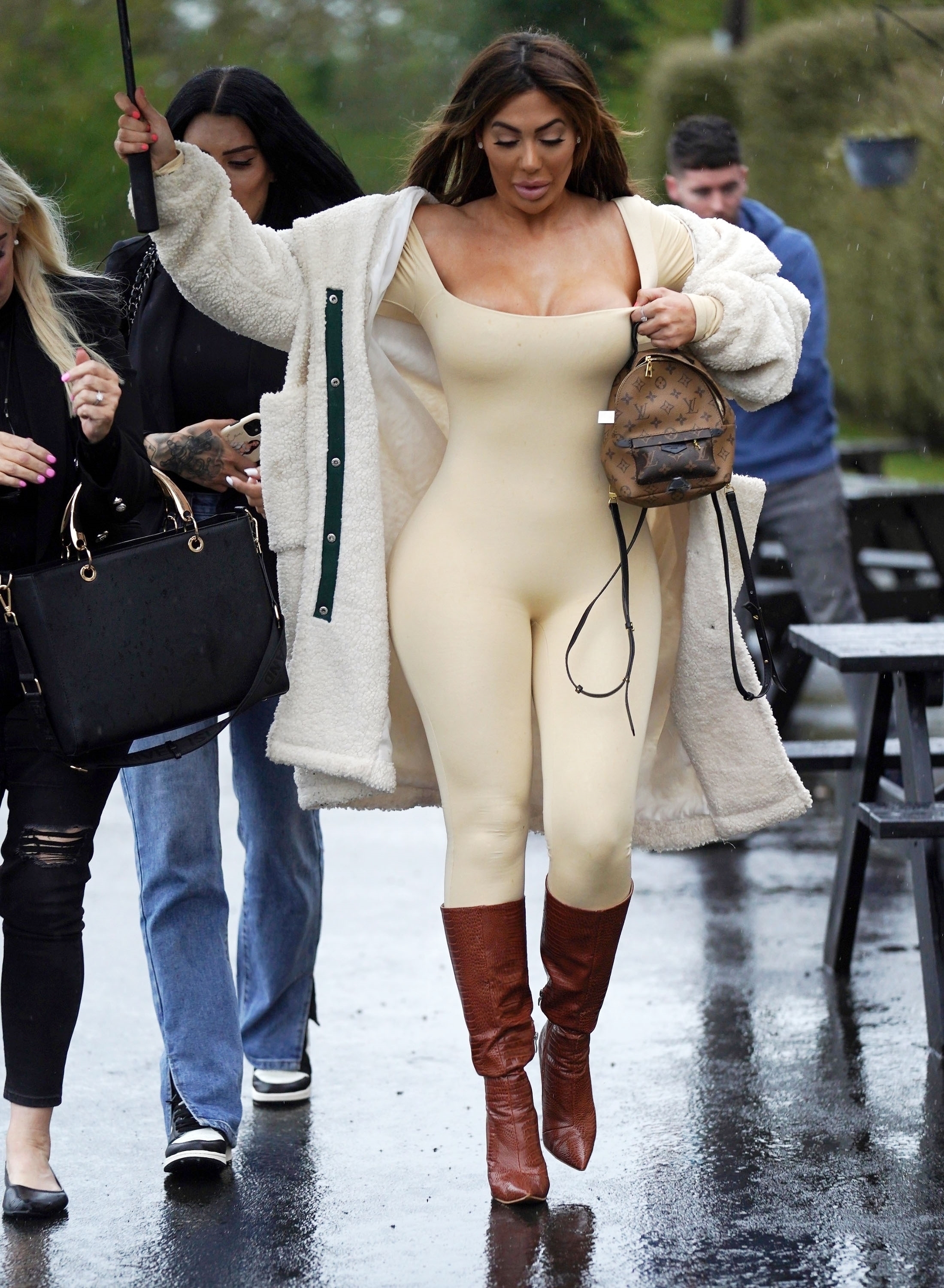 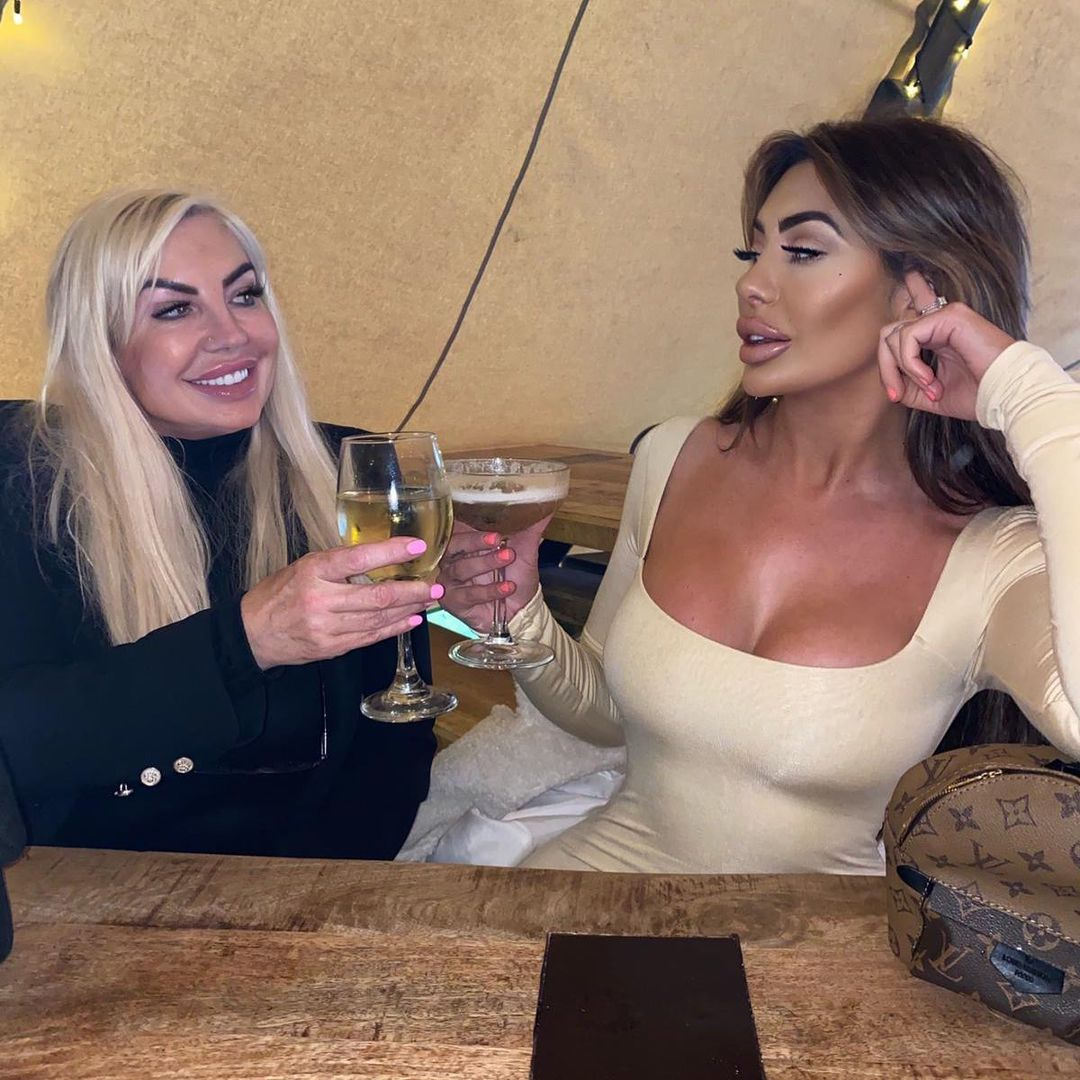 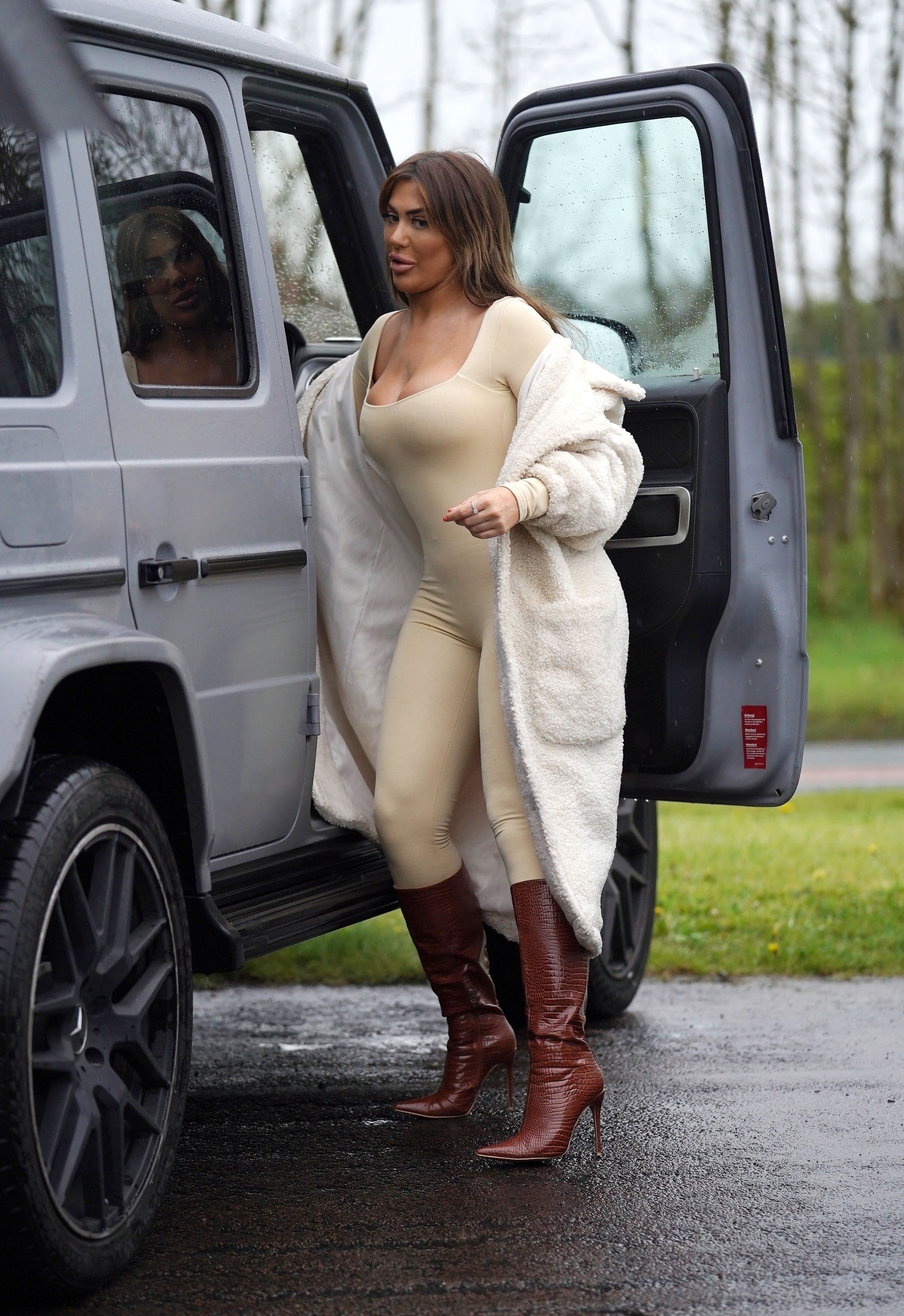 Earlier in the week she shared a picture of Liz with a huge sparkler on her finger saying: "CONGRATULATIONS to my mam and her partner 💍.

"It’s been a really tough week for my her but it’s so nice to see her smiling through these tough times that she’s going through atm💔."

Chloe has been posing in a lot of skintight outfits lately, yesterday appearing in a pink number that appeared to leave Wayne Lineker very excited.

Chloe teased her fans as she captioned the shot: "Where’s my candy man?"

Ibiza nightclub entrepreneur Wayne, 58, replied: "I can’t say I have sweets for you babe I will get destroyed."