When someone says a movie looks like a video game, that’s usually not a compliment. In the case of Captain America: The Winter Soldier, however, it actually is. And you can thank Chris Evans for that.

That’s because a particular video game did influence the opening fight on a battleship of that movie – a movie that represented a turning point for the  Marvel Cinematic Universe in more ways than one.

‘Captain: America: Winter Soldier’ was a critical and commercial hit 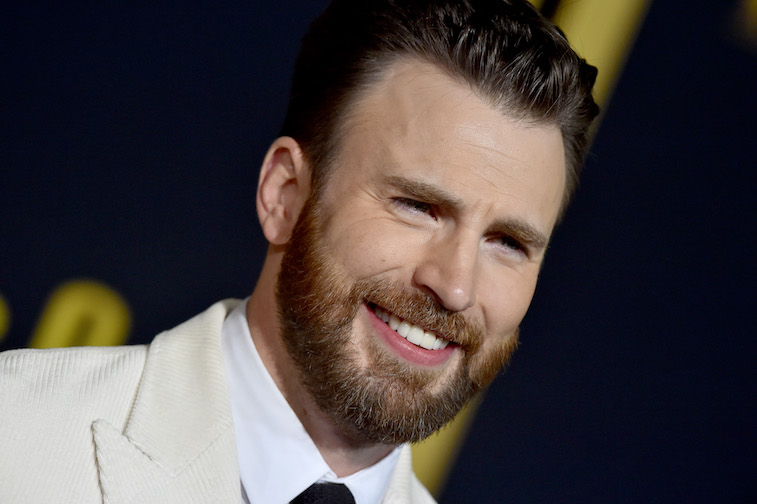 Captain America: Winter Soldier blindsided many viewers, in a good way. Not many people expected it to be as satisfying as they ultimately thought it was. The prior movie, The First Avenger, had underwhelmed some fans,  so expectations for the sequel were somewhat low.

But when people saw it, they were surprised.  Even the famously snarky Honest Trailers team admitted the worst they could do was nitpick and concluded their trailer by saying “Captain America – he’s cool now!”

The movie scored 90 percent on Rotten Tomatoes, one of the highest scores a Marvel movie had received at that time. In fact, it ranks number 10 among all the MCU movies, with only two older movies ranking higher: the original Avengers and the first Iron Man. The critical consensus read: “Suspenseful and politically astute, Captain America: The Winter Soldier is a superior entry in the Avengers canon and is sure to thrill Marvel diehards.”

The box office told the tale too. The first Captain America movie, The First Avenger, made a solid but not spectacular $176 million in 2011 – actually doing a little less well than the first Thor. However, Winter Soldier did significantly better, grossing $260 million, with many fans being impressed from the very first scene

What fans said about the opening scene

Discussing the movie on Reddit, a fan posted a clip of the opening fight scene where Captain America, Black Widow, and some shield agents free hostages. The fan said, “This scene is like a good video game movie we never had.”

The fan apparently didn’t know what he or she was starting, when one responded, “Funnily enough, a lot of Cap’s fighting style in TWS is inspired by the Super Soldier video game that was released to tie in with the first film. Chris Evans was apparently a fan of the game and when Marvel spoke to him about the Cap sequel he suggested they use it as inspiration.

Another fan explained, “Been watching interviews about the films lately and he mentioned that in one of the TWS ones. He liked how the combat was presented with how Cap moves and is more agile and depicts him more super than TFA, so he used that as inspiration for how to update him and approach it in this. Which is cool, I can see where he’s coming from.”

‘Winter Soldier’ was a turning point for Marvel

For a movie that had fairly low expectations going in, it turned out to be a major turning point for Marvel. It showed what at that time looked like a change in style, relying more on physical action and less on CGI, though the climax had plenty of that. It also introduced Steve Rogers’ eventual successor, Sam/The Falcon.

Perhaps most importantly of all, Winter Soldier was the first Marvel movie directed by the Russo brothers, who would go on to direct huge multi-hero spectacles Captain: America: Civil War, Avengers: Infinity War, and Avengers: Endgame. In retrospect, it turned out to be an auspicious “audition’ for the Russos.

The movie would gain additional interest late last year when legendary director Martin Scorsese made his controversial comments that Marvel movies were “not cinema.” Entertainment Weekly picked Winter Soldier as the movie he would probably like the most (or hate least) if he gave it a chance.

It has certainly proved it’s rewatchable among fans. Coming later this year on Disney plus is a series devoted to key characters that were introduced (in this form) in this movie: The Falcon and the Winter Soldier.

Related posts:
04/04/2020 TV & Movies Comments Off on Chris Evans is the Reason Cap's Fighting Style in the 'Captain America' Sequel Looks So Much Like a Video Game
Recent Posts
We and our partners use cookies on this site to improve our service, perform analytics, personalize advertising, measure advertising performance, and remember website preferences.Ok