Connor Saeli has grown close with Mike Johnson after their time on The Bachelorette.

Both guys competed on Hannah Brown’s season of The Bachelorette and both guys went to Mexico to compete on Bachelor In Paradise.

Through those experiences, these two guys became great friends and they are spending time together during the quarantine.

This week, a new video surfaced of Connor challenging Mike in regards to Clare Crawley.

The video in question was shared on @bachelornation.scoop’s Instagram account. In the video, Connor is asking Mike about Clare and Dale’s relationship.

He wants Mike’s thoughts on whether Dale and Clare chatted prior to the show, simply because of their quick connection and decision to get engaged after just 12 days.

At the end of the video, Connor asks Mike if he thought that Dale slid into Clare’s DMs as Mike had done.

Mike laughs it off. 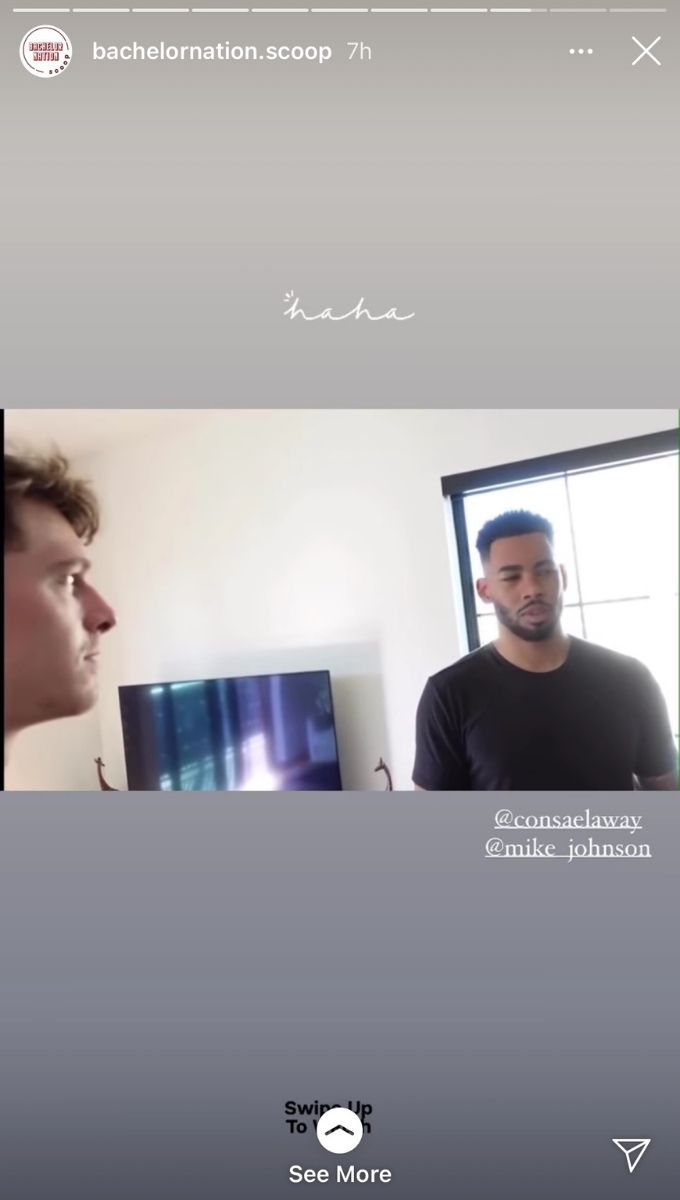 If what Connor said in the video is true, then it sounds like Mike may have tried to hit up Clare behind the scenes prior to her becoming The Bachelorette.

Mike didn’t share whether Clare replied to him. She’s happily engaged to Dale these days.

Connor Saeli and Mike Johnson have their own experiences on television

As for Connor and Mike, they have their own failed relationships and escapades. While Hannah Brown didn’t give Mike a chance after The Bachelorette, he was briefly linked to Demi Lovato.

Mike has released a book about focusing on the love you have for yourself first before you start looking for love with someone else. He has also been sharing his thoughts on Clare and Dale’s quick romance.

Mike has revealed that he doesn’t understand how someone can fall in love so fast. He has also joked that Dale will be in big trouble if he’s using Clare for fame.

As for Connor, he didn’t make it far on Hannah’s season. He made more of a name for himself on Bachelor In Paradise, as he appeared to show up for one woman specifically, someone he had met at a wedding.

Connor decided to leave paradise right before Whitney Fransway arrived. She ended up finding him at the hotel and they gave it a shot. The two dated briefly and was linked via social media to the same locations, but they never went public with their romance.

11/13/2020 TV & Movies Comments Off on Connor Saeli claims Mike Johnson slid into Clare Crawley's DMs before she met Dale Moss
Recent Posts
We and our partners use cookies on this site to improve our service, perform analytics, personalize advertising, measure advertising performance, and remember website preferences.Ok