However when Audrey goes against Nick’s wish to keep the confession between the family and tells the police, will he blame the family member who tried to back his corner?

In tonight’s episode, viewers watched David and Nick return from their family trip early closely followed by their mum, Gail Platt (Helen Worth).

When Nick’s family discovered the truth, Gail pleaded with Audrey to protect her sons and believed she had persuaded her mum from going to the police.

Returning home, Gail told David that she had returned with Audrey but she was on her way somewhere else.

“On her way to the police station?” David asked to which Gail replied: “Well that’s what she planned but I managed to talk her out of it.”

David remarked: “Well we don’t deserve that” before Gail agreed and said: “No you deserve locking up she’ll never get over this.”

However Audrey later changed her mind causing Nick to vent his frustration at a remorseful David.

Discussing his grandmother’s decision, Nick remarked: “That’s pride for all her talk about family values, it’s pride and greed that drive her most I mean she’s not thinking about the kids, about mum, about the business, us.

“I mean how is she going to get a penny back if there’s no one left to run the barbers.” 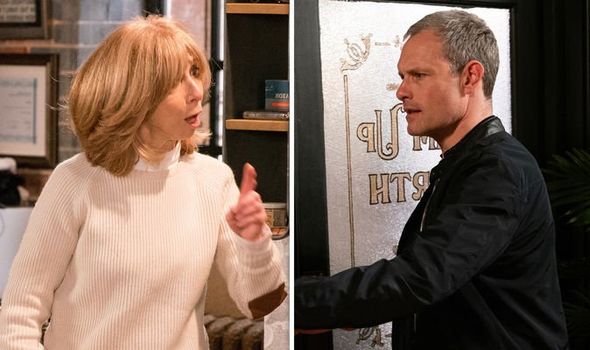 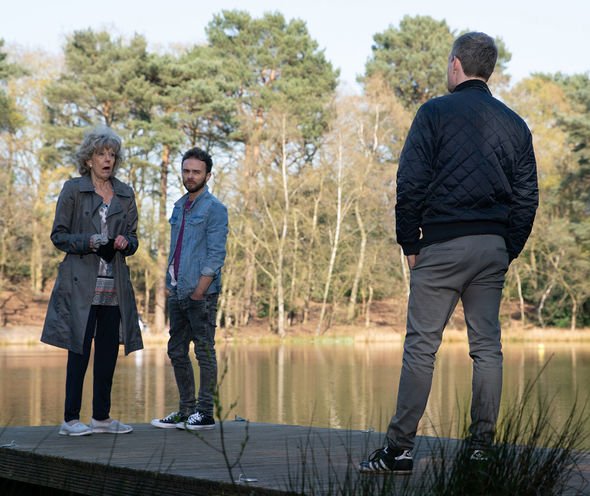 Refusing to listen to Nick’s whining, David said: “Would you listen to yourself? It’s over, just accept it.”

“No I’m not losing Leanne, and Oliver there’s got to be another way,” Nick added before trying to persuade David to take the blame for the crime.

However with the police hot on his tails, could Nick turn against the only family member who stood by him?

Nick would have hoped Gail could have changed Audrey’s mind and he may blame his mum for Audrey’s decision.

Could Gail be in grave danger as the shady businessman decides to take his revenge on her? 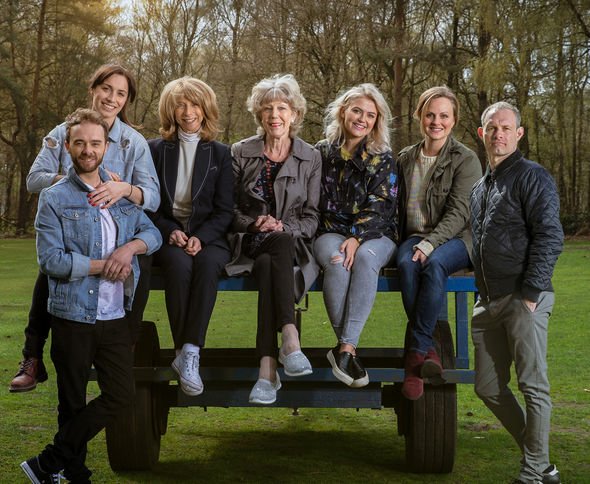 Meanwhile, Nick could be hiding another secret family betrayal after he persistently tried to stop Audrey from going to the police.

After David’s confession, Nick barely showed any remorse for his actions and was focussed on stopping the truth leaving the family.

The young barber offered to take responsibility for his actions and tell all to the police but Nick reasoned there could be another way.

If Audrey finally knows what’s really been going on, why was Nick so desperate for her to keep quiet?

As David begged for forgiveness, could Nick still be hiding something?