Mary (played by Patti Clare) has taken a liking to funeral director and Coronation Street newcomer George Shuttleworth (Tony Maudsley) in recent weeks after the pair got off to a rocky start. However, the florist seems to be completely oblivious to the fact her love interest seems to have taken a shining to her best friend, Eileen (Sue Cleaver). With a love triangle bubbling under the surface and another character set to move in with the Grimshaw matriarch, could the beloved, comedic resident of the ITV soap be set to move out of Number 11 and find a new home off of the cobbles?

It’s not been officially revealed whether George will be moving into Eileen’s, but recent scenes on the weeknight serial drama have shown the pair taking a liking to one another.

With Mary none-the-wiser, forcing the trio to live under the same roof would be the perfect opportunity for everything to come out of the woodwork.

Therefore, an explosive row could break out between the best friends and with the Grimshaw matriarch owning the deeds to the property, it might be the florist who takes action.

Unable to forgive the betrayal over the romance and feeling foolish for not recognising the signs, the beloved character could start searching for a home away from the cobbles, given most of Weatherfield is going to be flattened by villain Ray Crosby (Mark Frost) as part of a redevelopment project.

In a recent interview with Express.co.uk and other publications, Sean Tully star Antony Cotton, 45, teased chaos could soon be on the horizon for the residents of Number 11. 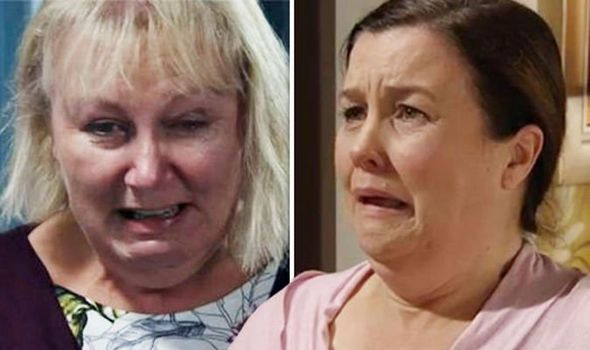 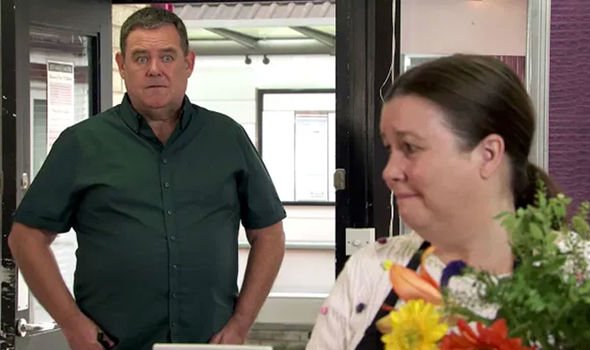 Talking about the living arrangement of the house, the actor said: “Sean lives in the front parlour [downstairs] or an extra bedroom some may say.

“Upstairs, we are saying there are three bedrooms. It does appear like a madhouse when you’ve got each room sleeping two people.

“But as the old Northern saying goes, ‘The best house is a full house’. So there is Mary, Todd [Grimshaw – Gareth Pierce] has come back and Eileen is there.”

With Sean’s son Dylan Wilson (Liam McCheyne) set to move in as well, Antony added someone who isn’t even on the radar yet could be setting up home at Number 11. 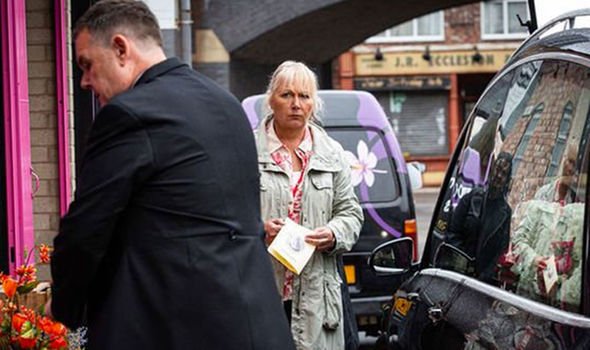 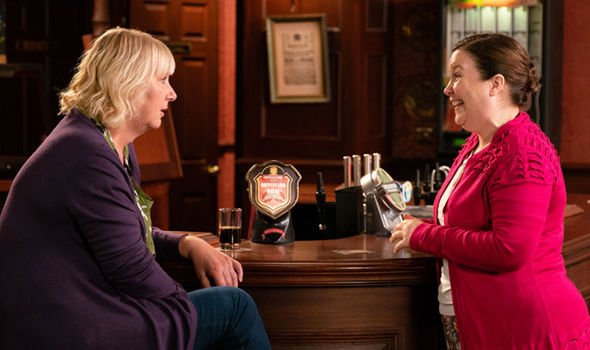 Potentially, someone else maybe upstairs

“Potentially, someone else may be upstairs,” he teased, despite all the rooms being occupied by at least one character.

This would mean if George did move in, he would have to share a bedroom with either Eileen or Mary but it’s more the former who he has been making eyes at.

Packing her bags, Mary could leave one of the rooms vacant as she searches for other housing arrangements well away from the lovebirds.

Mary does still have ties to the cobbles as she is a florist and has made friendships with several other residents.

However, seeing Eileen and George together could make her blood boil so she could take drastic action to remove herself from the love triangle.

Mary wouldn’t be the first popular face of the cobbles to move out of Weatherfield this year, with Ken Barlow (William Roache) making a departure of sorts in February.

During the soap’s 10,000th episode, it was revealed the stalwart was going to be moving into Stillwaters Retirement home with his partner at the time, Claudia Colby (Rula Lenska).

Just a few short months of trying to make his new living arrangements work, the pensioner ended up moving back into Number One.

Could the same happen with Mary if she does a U-turn on her exit plans and decides she doesn’t want to venture off the cobbles permanently?

Mary hasn’t had a love interest since her turbulent relationship with Norris Cole (Malcolm Hebden) resulted in the pair becoming friends.

Speaking about her character’s chances of finding love, Patti, 44, has previously said there is no one who could knock her alter-ego’s charismatic spirit.

Asked what her favourite thing about Mary is, the actress said: “The fact that she can be so rude in a way and without boundaries because I really enjoy how she has no fear with men.”

Following her heartbreak over George, will the florist get over her feelings for the undertaker and pursue another romantic endeavour?

11/12/2020 TV & Movies Comments Off on Coronation Street spoilers: Mary Taylor ‘leaves the cobbles’ after devastating heartbreak
Recent Posts
We and our partners use cookies on this site to improve our service, perform analytics, personalize advertising, measure advertising performance, and remember website preferences.Ok