Mary (played by Patti Clare) has always been a quirky character on Coronation Street, with her past being explored on several occasions. A few years ago, viewers of the ITV soap discovered she had given birth to a son when she was a youngster and had given him up for adoption. With Jude Appleton (Paddy Wallace) having left the cobbles after reuniting with his biological mother a couple of years ago, she has become a surrogate parent to several Weatherfield residents. As Billy (Daniel Brocklebank) calls on her for help in Friday’s episode, it seems fans could discover more about the beloved character’s backstory.

The drama picks up from earlier this week when Billy discovers his ex-boyfriend Todd Grimshaw (Gareth Pierce) has made contact with his mother, Eileen Grimshaw (Sue Cleaver).

It seems the former cobbles resident has become cash-strapped after fleeing Weatherfield three years ago and wrote a letter to the Grimshaw matriarch to ask her for money.

However, with the beloved character away from home, Mary intercepted the communication and it was Sean Tully (Antony Cotton) who dropped a text message to the prodigal son.

Getting a swift response, the returning resident explained his mother’s lodger was to leave a bag of money in a public place for him to pick up.

Mary and the vicar soon get involved as Friday’s episode airs, the trio watches Victoria Gardens intently to try and catch Todd in the act, but it seems the florist could be a professional in private investigation. 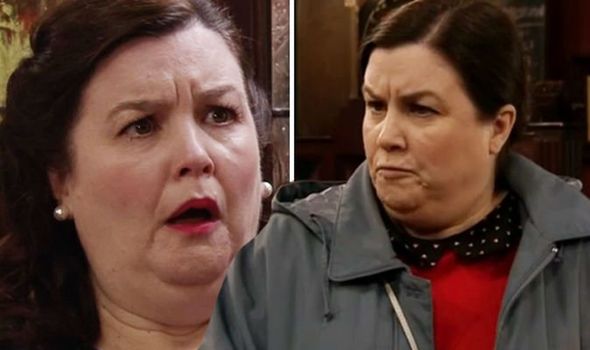 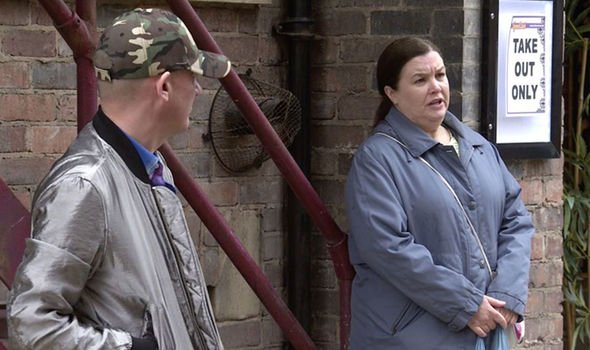 With Sean hiding in the gardens, Mary and Billy will be seen waiting by the Speed Daal restaurant to see if Todd is the person picking up the money.

“Why I agreed to this I’ve got no idea,” the vicar remarks, to which the florist tries to keep up his spirits.

“Well, don’t be disheartened. We’ve only been on this stakeout for 46 minutes,” she tells her accomplice.

“And you need patience and tenacity to be a spy,” the mother-of-one replies, with the churchgoer adding an individual also needs “discretion”. 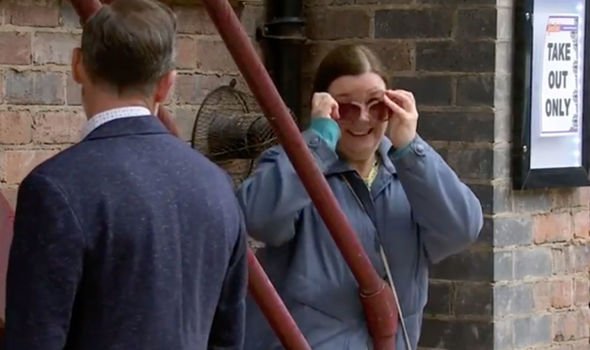 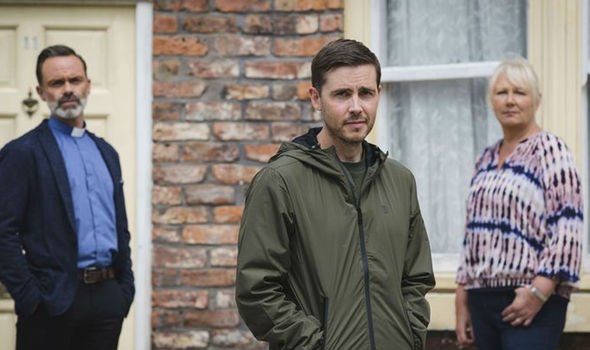 Need patience and tenacity to be a spy

“Oh, I can blend,” Mary replies, before putting on a pair of sunglasses, but could there be a reason she is so in the know about trying to be a detective?

Could it be the beloved character was a private investigator before she arrived in Weatherfield back in 2008?

Their stakeout won’t be as successful as they’d hoped as next week’s episodes will see Billy fear his ex-boyfriend has drowned when a body is recovered from the river.

Despite the concern caused, Todd will eventually turn up on the cobbles to confront his mother and former lover.

It’s not known how exactly the former resident will reappear, but could Mary track him down as she takes on her own investigation into his whereabouts?

Speaking about playing her character, actress Patti said: “I must say after the Jude storyline, which was so sad, it was so nice that the writers gave me some comedy because it was lovely to fall back into that.

“It is quite hard to walk that line between real comedy and heartfelt feelings, but I enjoy playing both.”

So could this further and possible exploration into her past allow Mary to show off both sides of her personality as the real reason she is so sleuth like comes to light?

Todd might be coming back in future scenes, but it seems Billy could be set to fall for him all over again after putting in the effort to try and find him.

Soap star Daniel teased what’s to come and explained: “Billy has moved on. He’s with Paul [Foreman -Peter Ash] now and Paul has moved in, and they are a little family with Summer [Spellman – Matilda Freeman].

“Billy is relieved but still very angry at Todd for leaving them all in the way that he did and for everything he put Summer through.

“You can play a line a million ways, but I chose to make it quite obvious that regardless of the history, Billy still cares deeply for him, even if it’s not romantic,” the actor added, but will the future play out differently?

08/20/2020 TV & Movies Comments Off on Coronation Street spoilers: Mary Taylor’s ‘secret past’ unveiled in mysterious twist
Recent Posts
We and our partners use cookies on this site to improve our service, perform analytics, personalize advertising, measure advertising performance, and remember website preferences.Ok