Corrie: Behind the scenes on Tyrone and Alina's kiss

In scenes that aired on Friday, Tyrone Hobbs (played by Alan Halsall) and Alina Pop (Ruxandra Porojnicu) shared a kiss after admitting they had feelings for each other. Although, according to actress Ruxandra, even more drama will be heading the couple’s way in their upcoming storylines.

Ruxandra Porojnicu appeared on Sunday’s BBC’s Breakfast to speak about what is in store for her character.

Despite not being able to give too much away, the actress has teased there are “a lot of challenges” ahead for Alina.

When asked if there “was more drama to come”, she replied: “For sure, but you’ll need to keep on watching.

“But, what I would say is there’s a lot of challenges for Alina.” 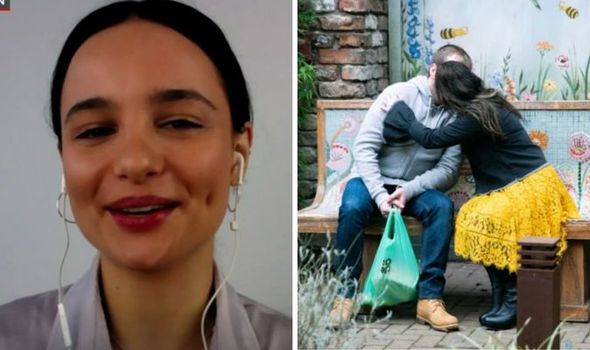 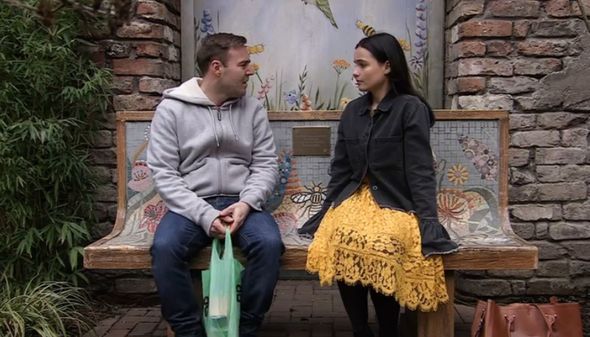 It comes after it was revealed that Coronation Street bosses bought in a real-life couple to film the kissing scene for Tyrone and Alina.

Speaking about the challenges of filming that scene, Ruxandra continued: “It was an interesting experience to have as an actress, challenging as well because we weren’t allowed to touch each other or look in each other’s eyes.

“But we had Alex and Hannah (the real-life couple) on set, who are very professional and took directions well and we knew we had a great team behind the camera.

“So, I was sure everything was going to work out so well.” 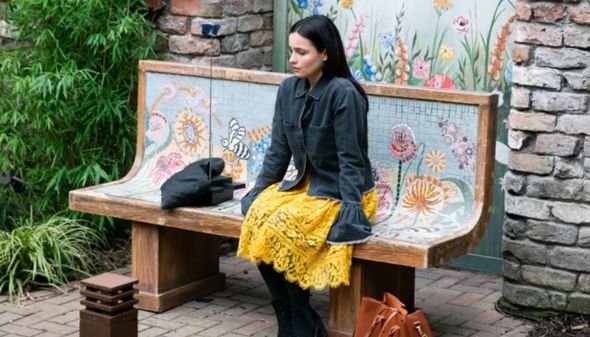 On Friday night, millions of viewers tuned in to the ITV soap to witness Tyrone and Alina sharing a secret kiss.

However, as some eagle-eyed fans spotted, it was not actually the real Tyrone and Alina doing the kissing – instead, bosses used a real-life couple to act as their body doubles for that particular scene.

Regular Corrie extra Alex Mulvaney and his partner Hannah stepped in to replace Tyrone and Alina to film the embrace.

Alex and Hannah also appeared on BBC Breakfast via video link to talk about what it was like filming the kissing scene.

Explaining how he got the role, Alex began: “My dad has been an extra for 42 years, that’s why I ended up getting involved to be honest with you when I was younger at university.

“Most of my friends had jobs at bars and I thought ‘this sounds interesting this dad, fancy getting me on to Coronation Street?’.

“The rest is history really, I’ve worked there sporadically since.”

Speaking how awkward filming the scene was Alex continued: “I think it was about three takes in total I think, but obviously, you’ve got the crew watching you, producer, director you can see them physically standing in front of you.”

Later on, Tyrone eventually comes clean to Fiz, admitting he has fallen for Alina.

Although, in a dramatic turn of events he then goes on to reassure Fiz that the feelings he has for Alina mean nothing.

But, will Tyrone be able to keep away from Alina?

Coronation Street is available to watch on the ITV hub and BBC Breakfast airs daily at 6am on BBC One.