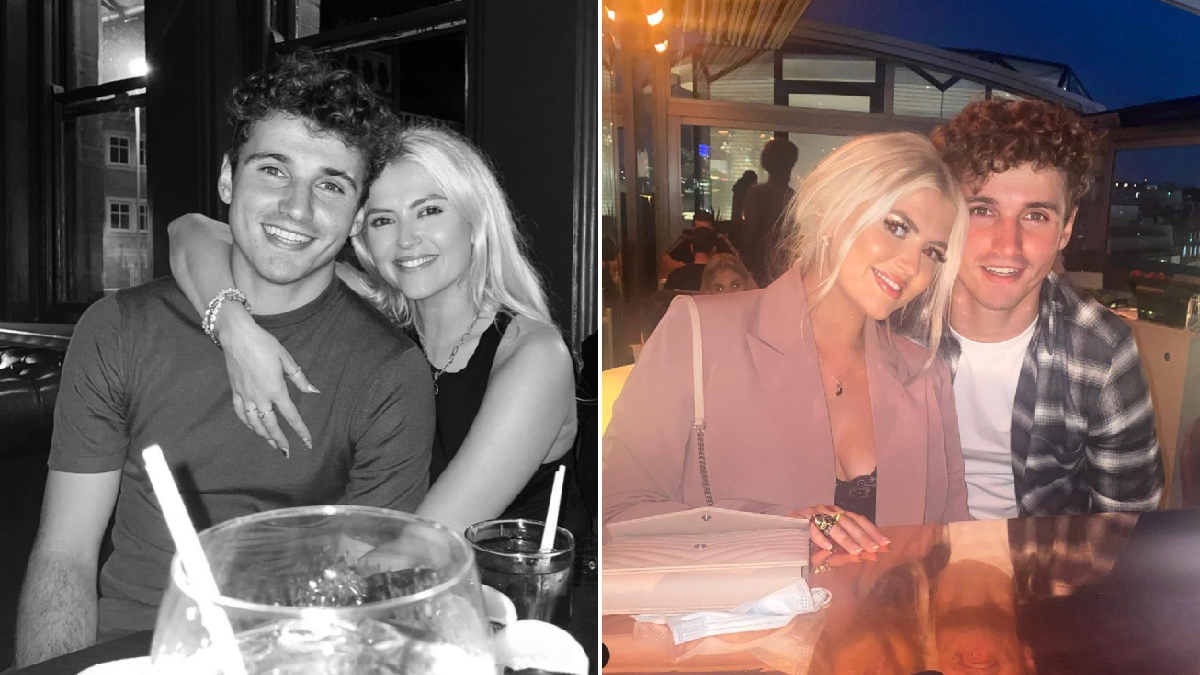 The star, who played Bethany Platt in the ITV soap, is said to have moved her stuff into Ryan’s mansion.

‘Lucy and Ryan get on so well, so it’s no surprise to their friends that they have moved in together already,’ a source said.

‘Ryan has a really big house, so there’s plenty of space for them both.

The source added to The Sun: ‘Lucy hasn’t made a big deal about the move, but has been sharing Instagram stories from the new house.’

Metro.co.uk has reached out to Lucy and Ryan’s reps for comment.

Lucy went Instagram official with Ryan in May, when the pair enjoyed a holiday together.

The soap star shared a sweet photo as she enjoyed a frozen cocktail with the footballer.

Sat on sun loungers, they looked to be enjoying some gorgeous weather in Portugal.

Lucy went on to share a gorgeous snap of a harbour, playing Kanye West’s Good Morning.

The pair are thought to have been mutual friends with Corrie star Helen Flanagan’s fiancé Scott Sinclair.

Lucy left Corrie last year in the hopes of pursuing new projects, but the Covid-19 pandemic ultimately halted her plans.

‘It was very difficult,’ she told Metro.co.uk, ‘I literally left Corrie in January, and then we went into lockdown in March! It was hard at first, as I was used to working everyday and then going to doing nothing, but it was hard for everybody, so I didn’t feel like I was on my own.’

The 25-year-old, who recently lent her voice to radio drama Sour Hall, now has a new project in the works, and it all sounds very exciting!

‘I have actually got something that is happening in the next couple of weeks I think,’ she said, ‘but I am not at liberty to say anything!’