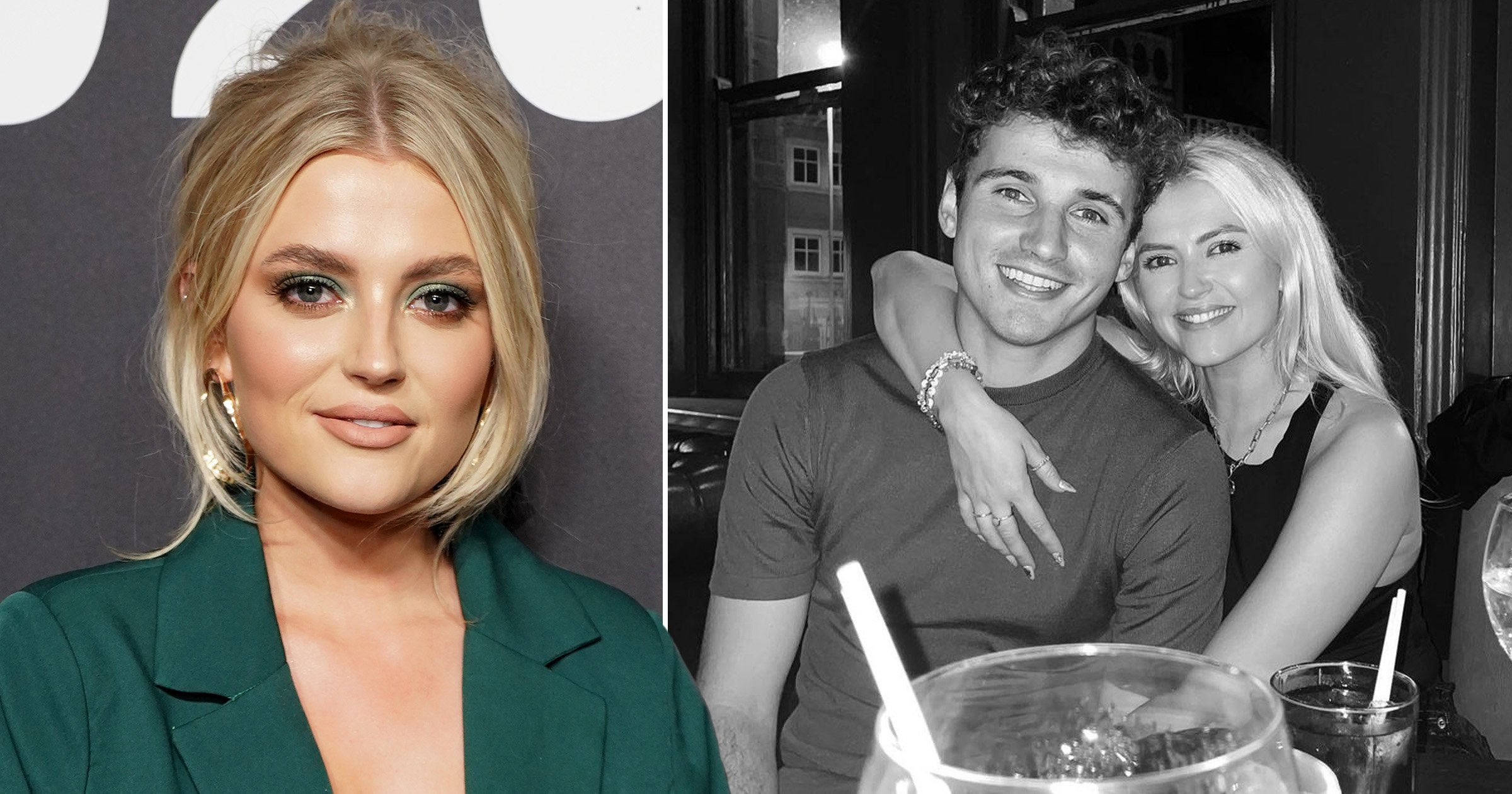 Coronation Street star Lucy Fallon, 26, is said to have broken up with her boyfriend, footballer Ryan Ledson, 24, who plays for Preston North End.

Just a few months ago, it was reported that the couple had moved in together, after going Instagram official with their relationship in May.

However, it’s now been claimed that the pair have called time on their romance, with the Corrie actor supposedly spotted on Raya, a membership-based dating app that is frequently used by celebrities.

An insider pointed out that Lucy’s profile on the app purportedly has made it clear that she’s single, as she’s implied that she’s not looking to make friends on the platform.

‘Lucy appears to have given Ryan the red card because she has got a profile on Raya,’ they said, according to The Scottish Sun.

‘It seems she is looking for dates too, as the profile doesn’t state she is just looking for friendship.’

They added that it’s a ‘real shame’ if their relationship has ended so soon after making the move to live together.

‘She’s been with Ryan since May and they only moved in together three months ago so if their romance has turned sour already it is a real shame,’ they said.

Lucy previously had a three-year relationship with her partner Ryan Roberts, before becoming romantically involved with insurance salesman Tom Leech after she and Ryan split.

From 2015 to 2020, she played Bethany Platt on Corrie, a role that saw her win accolades at the Inside Soap Awards, the National Television Awards and the British Soap Awards.

In March last year, the actor opened up about her decision to leave the soap, explaining that she wanted to venture past the famous cobbled streets in her career.

‘Corrie was my first job, I haven’t done anything else, it got to the point where I’ve been there for five years and it was now or never,’ she said during an appearance on This Morning.

‘I didn’t want to get to a point where I was wishing I’d tried more things, it might not work out but at least I tried.’

Nonetheless, she appeared grateful that Bethany’s exit didn’t involve the character being killed, which means there could be opportunities to return in future.

‘It could have been anything,’ she laughed when talking about her exit plot: ‘And I was okay with that, it was my decision to leave, but I am glad she hasn’t been hit by a crane.’

Metro.co.uk has contacted Lucy and Ryan’s representatives for comment.