AFTER 60 years on our TV screens, Coronation Street has become part of the nation’s fabric.

But it came from humble beginnings, as our amazing two pictures show. 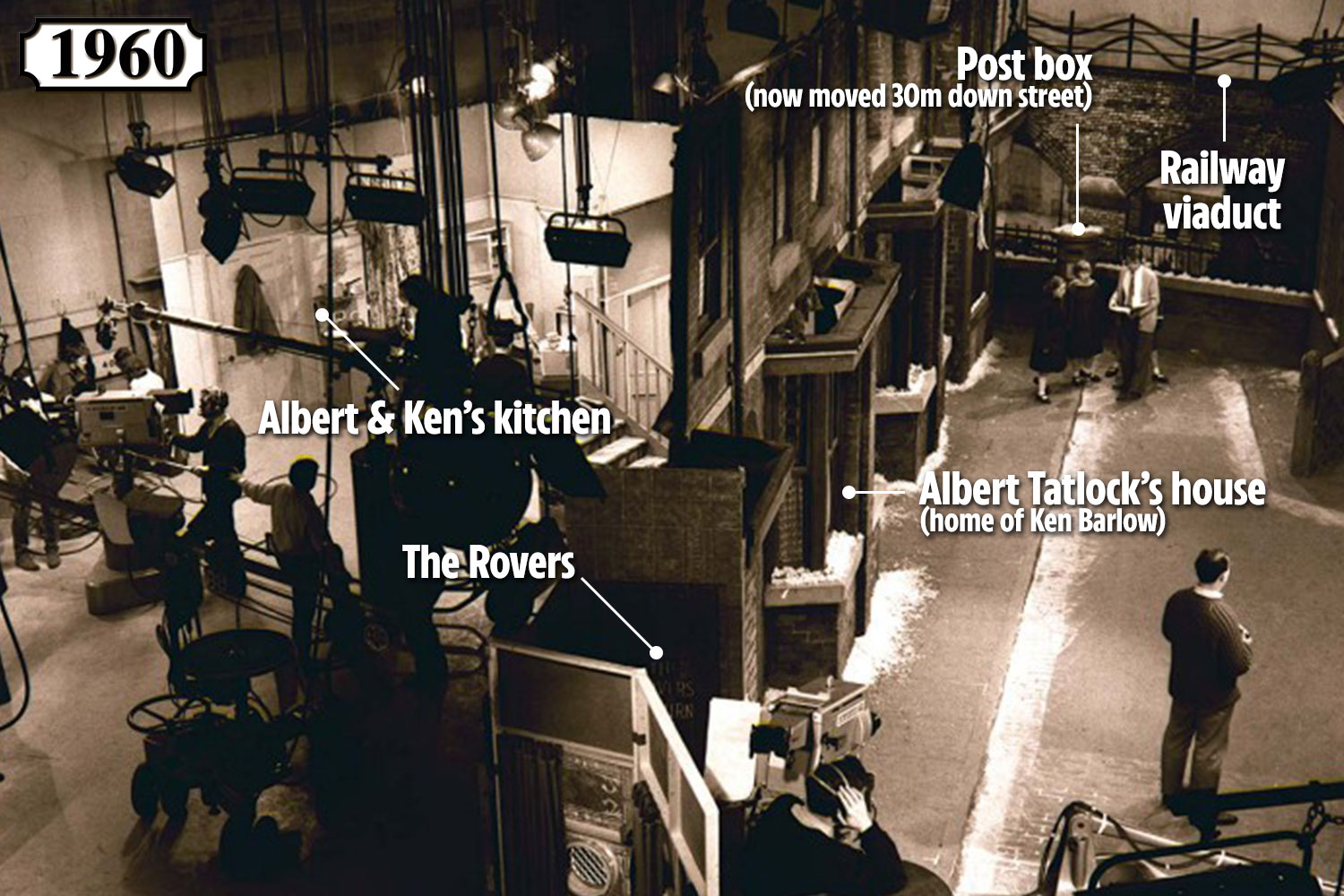 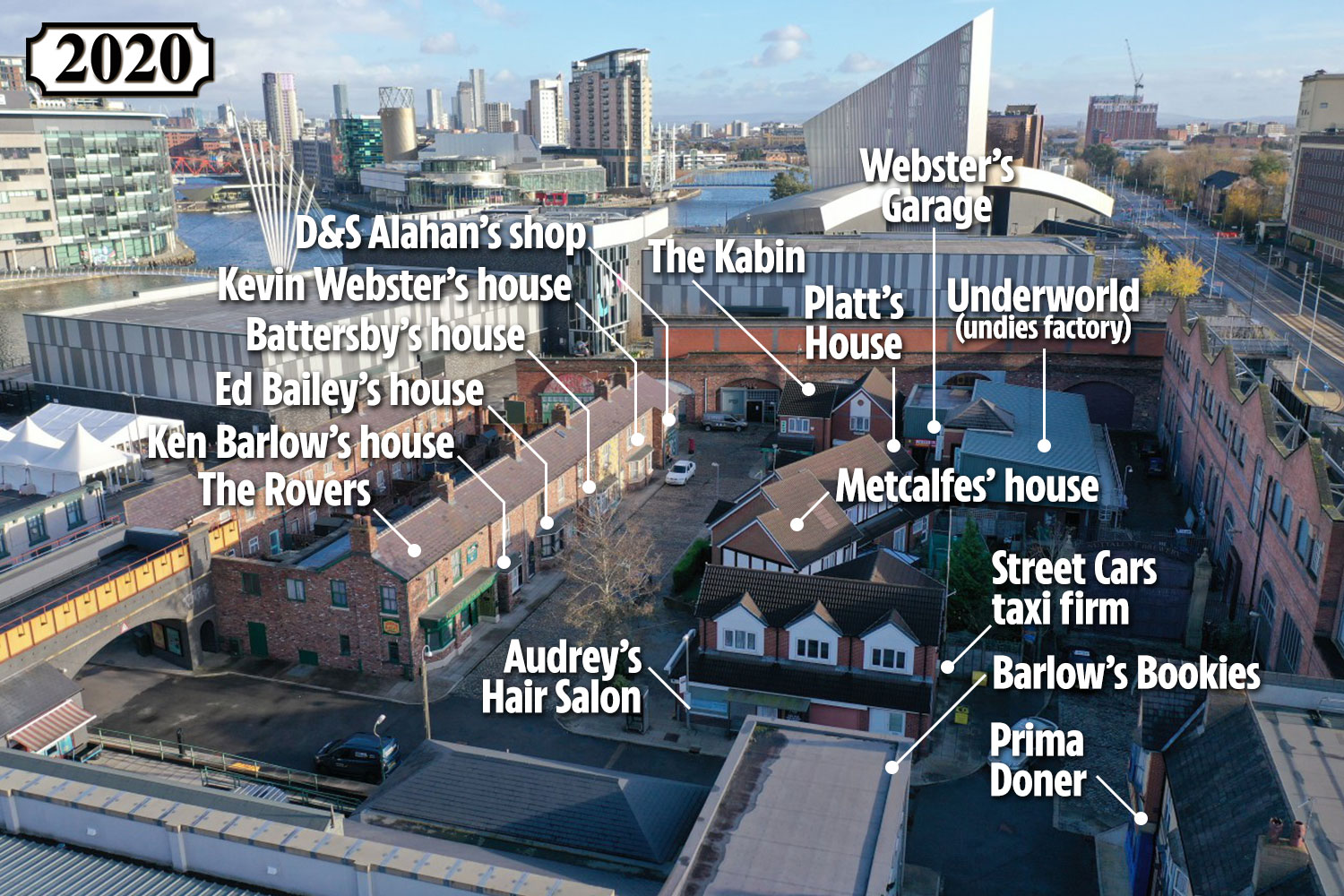 It has gone from a flimsy 1960 set in Granada TV’s Studio 2, with cobbles painted on the floor, to today’s sprawling 7.7-acre outdoor lot in Salford’s MediaCity.

And one woman has been there all the way through.

Gillian Metcalfe has watched almost every episode of the hit ITV soap.

The 74-year-old from Accrington, Lancs, got hooked on the dramas of Weatherfield aged 14, when she sat down with her mum to watch the first episode on December 9, 1960. 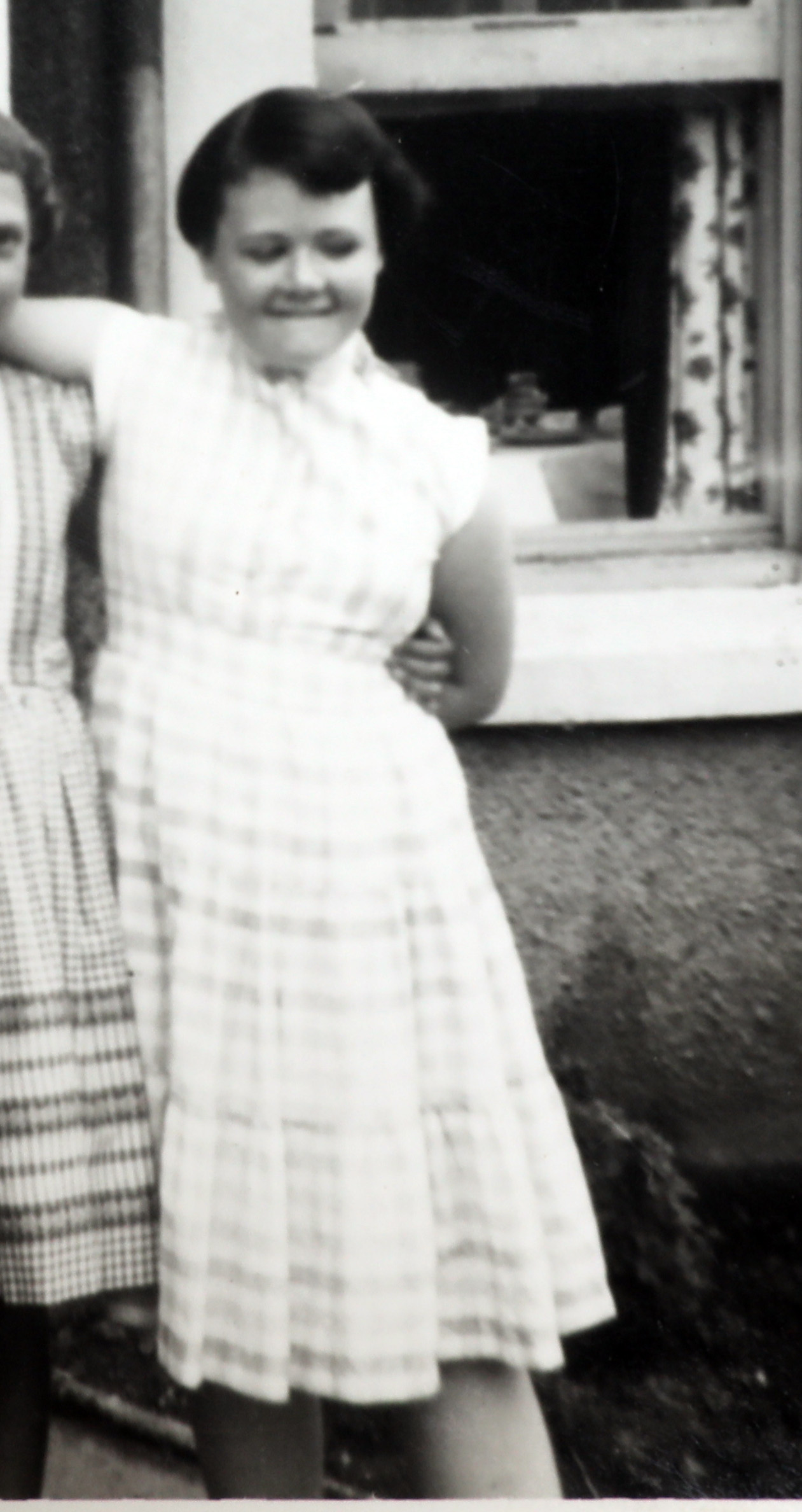 She immediately got the Corrie bug and, since then, she estimates she has spent more than 4,000 hours — or 166 DAYS — watching the show.

The former accounts clerk told The Sun: “I love Corrie for the escapism.  But it’s also because it’s fun to watch. Corrie is definitely the cheeriest of the soaps, it’s like a comedy.”

For her, it’s the soap’s string of matriarchal characters, including the original Rovers Return landlady Annie Walker and battleaxe Ena Sharples, that make it special. 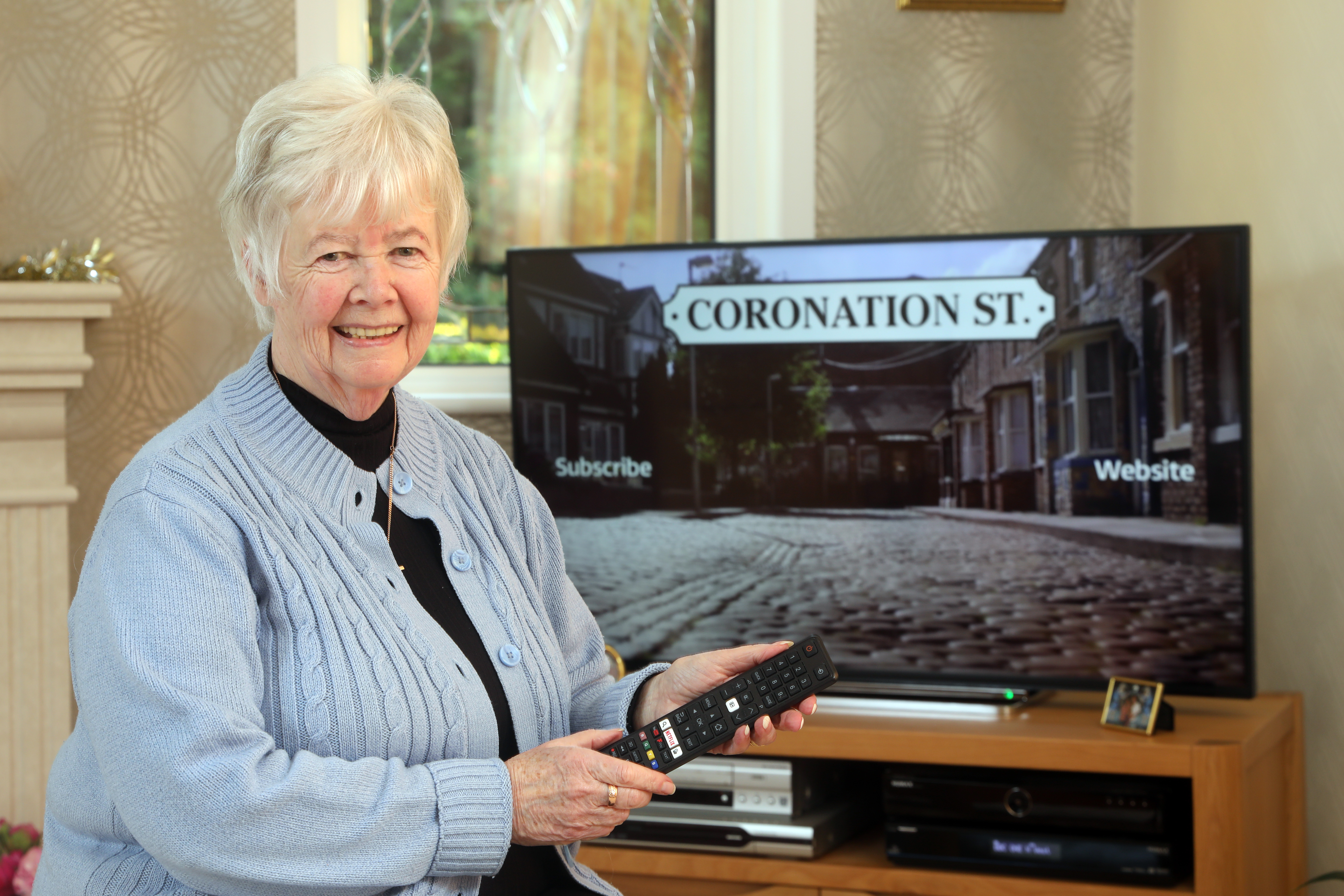 Gran Gillian said: “To have such strong female characters is brilliant. I used to like Pat Phoenix as Elsie Tanner and Violet Carson as Ena Sharples too. They were grittier than today’s characters, but I do like Carla Connor now, played by Alison King.”

Gillian — who, in 2015, celebrated her 50th wedding anniversary with husband Len, 75, by visiting the Weatherfield set — said some of her favourite Corrie storylines have been weddings.

She said: “Deidre and Rita have both had a few. I always liked their characters as typical northern women who don’t let things go by.” 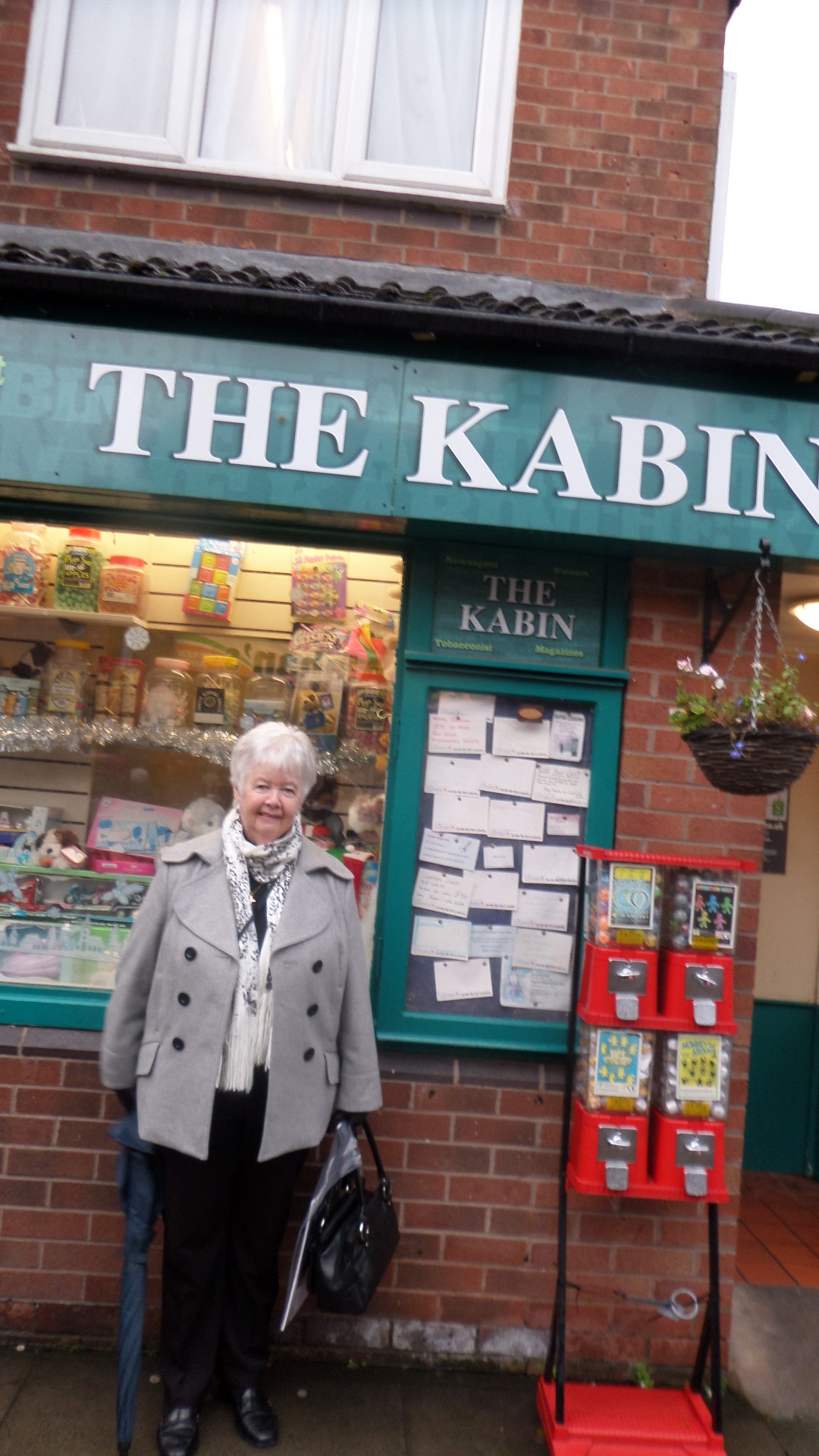 She added: “I always talk about the soap with my friends and we talk as if the characters are real. But when we get a bit heated we have to remind ourselves that it isn’t real and have a laugh.”

Gillian’s dedication to the programme has only ever been put to the test five times, when she and Len travelled to America on holiday, meaning she missed a few episodes.

She said: “I don’t think they are big fans in America so I couldn’t watch it. Luckily I managed to catch up when I got back home.”

And she revealed Len has to play second fiddle to her addiction if he ever wants to watch anything when Corrie is on. She said: “If anything else is on that Len wants to watch at the same time he has to go in the kitchen and watch it.” 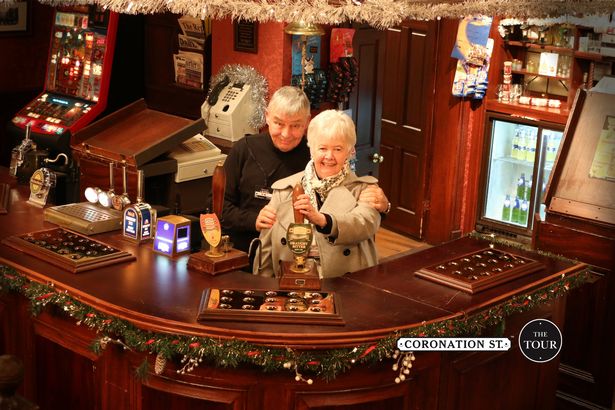 Gillian, who also watches Emmerdale but avoids EastEnders as “somebody is always dying”, also praised Corrie scriptwriters for their work during the pandemic to keep the show going. She said: “They’ve done a really good job.

They’ve done social distancing but were just starting on really good storylines before lockdown and have managed to keep them going.

“I don’t know what I would have done without my Corrie in all this.” 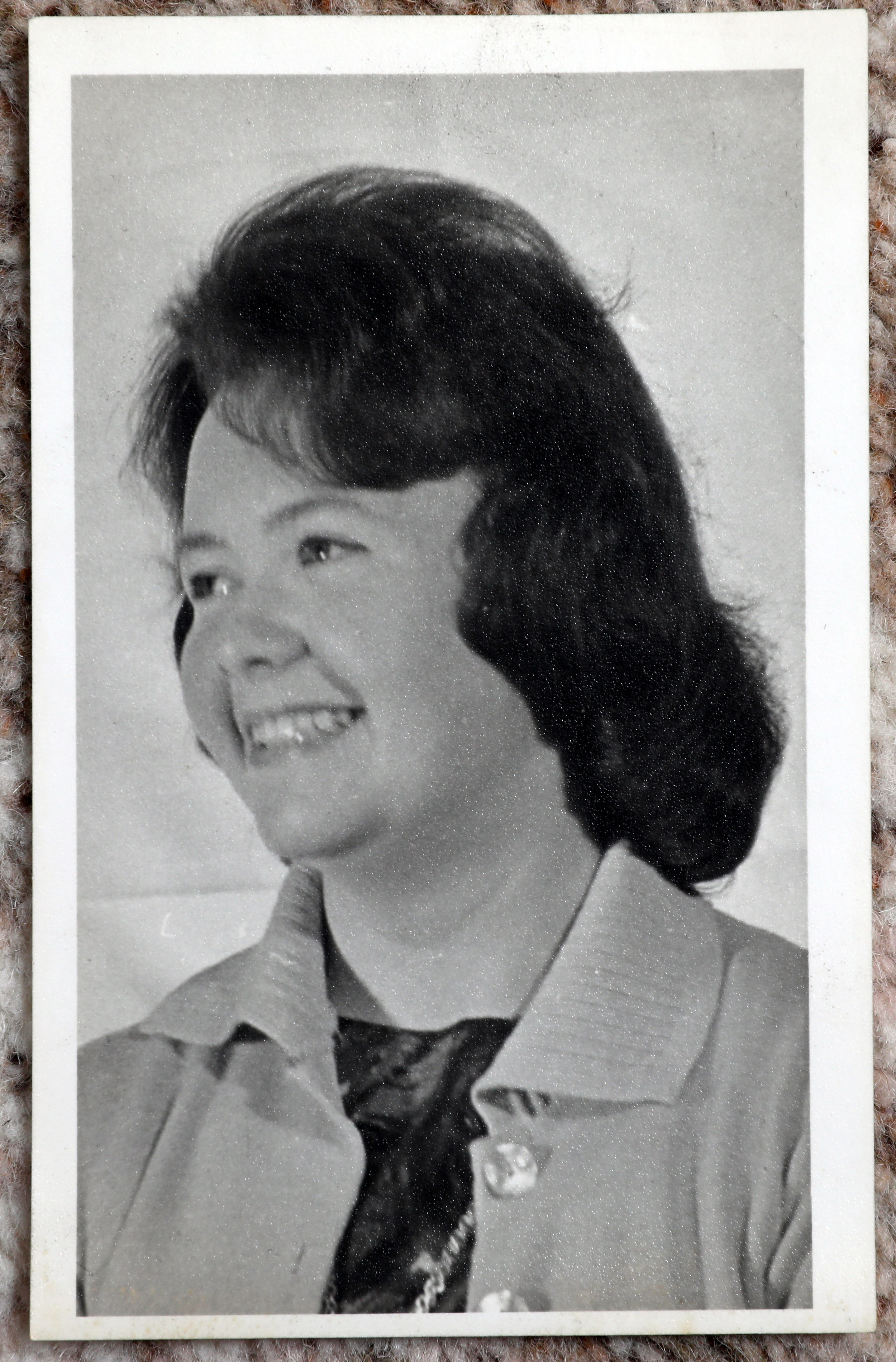 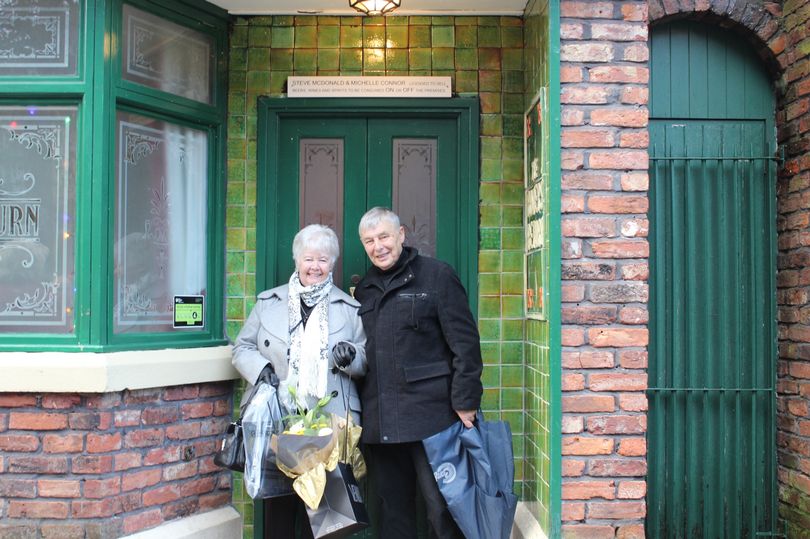 CORRIE has seen many twists and turns in 60 years. Here are some of them in numbers:

66 barmaids and 30 barmen at the Rovers

20 licensees of the Rovers

7 weddings by one character – Steve McDonald