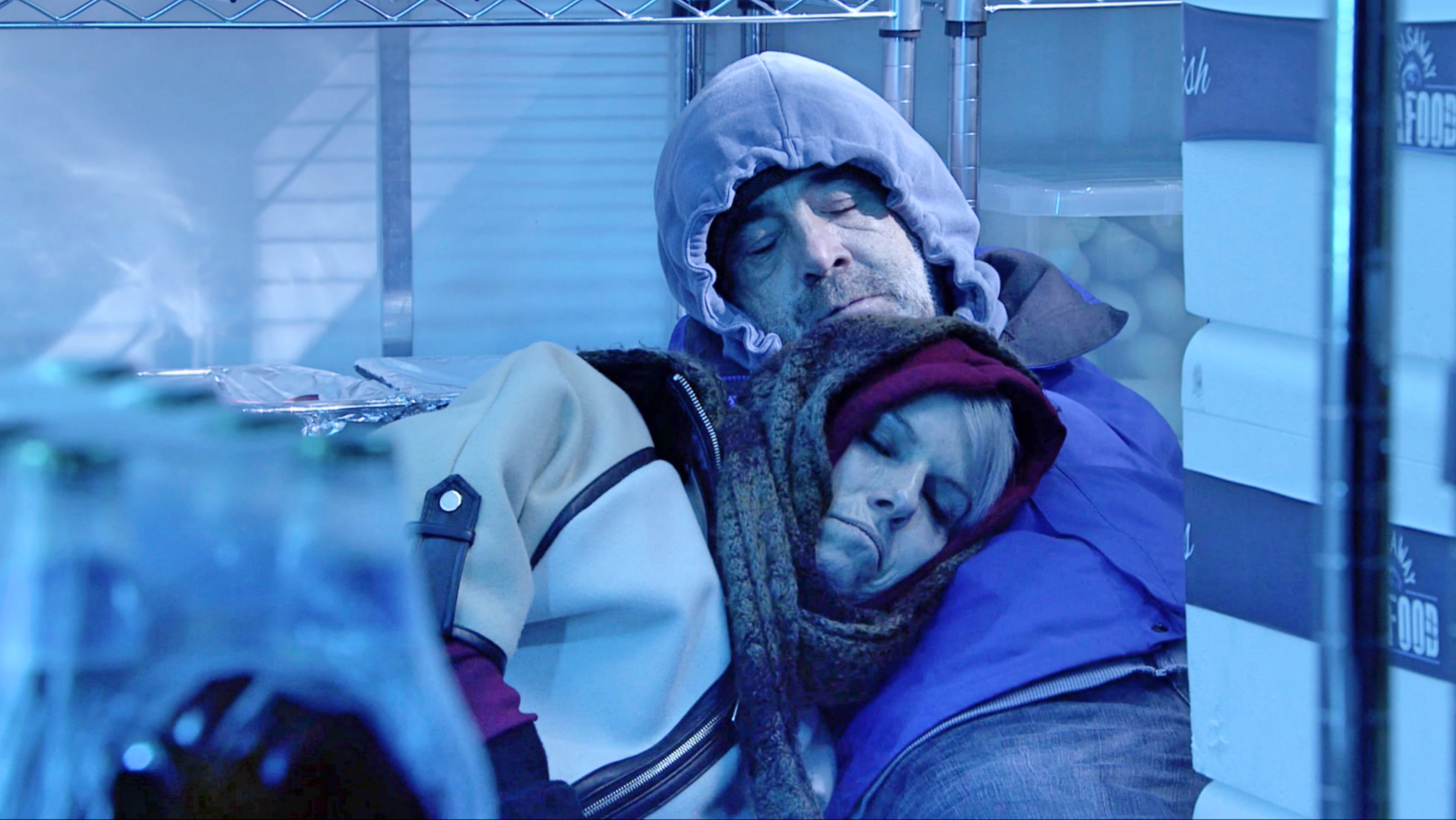 Kevin and Debbie Webster (Michael Le Vell and Sue Devaney) are left for dead in chilling scenes in Coronation Street tonight (February 12), as Ray Crosby (Mark Frost) locks them in the freezer at the bistro.

Ray has been hellbent on getting out of the country after he spiked Abi Franklin’s (Sally Carman) drink and left her to die.

This offence, coupled with the investigation into the attempted rape of Faye Windass (Ellie Leach) — not to mention the video which proves he bribed a council official — has resulted in the vile hotelier becoming determined to evade the law and start afresh elsewhere.

However, Wednesday’s double-bill of the ITV soap saw Ray discover that business partner Debbie had been plotting his downfall, and therefore he’s out for revenge in tonight’s hour-long special.

Ray dresses himself up as a workman and hides in the bistro in plain sight — and he overhears Debbie discussing her plans with Miles.

Unwilling to keep shtum any longer, he reveals himself to a shocked Debbie, and tells her he knows what she’s up to.

In typical Ray fashion, he intimidates her, and forces her into the fridge.

As he prepares to lock her in, Kevin appears from out of nowhere and attacks him over the head with a frying pan, before trying to retrieve his sister before it’s too late.

However, the door soon slams shut, and Kevin and Debbie realise that they’re locked in.

They prepare for a long night, but will they perish in the fridge? Or will someone find them before they die?