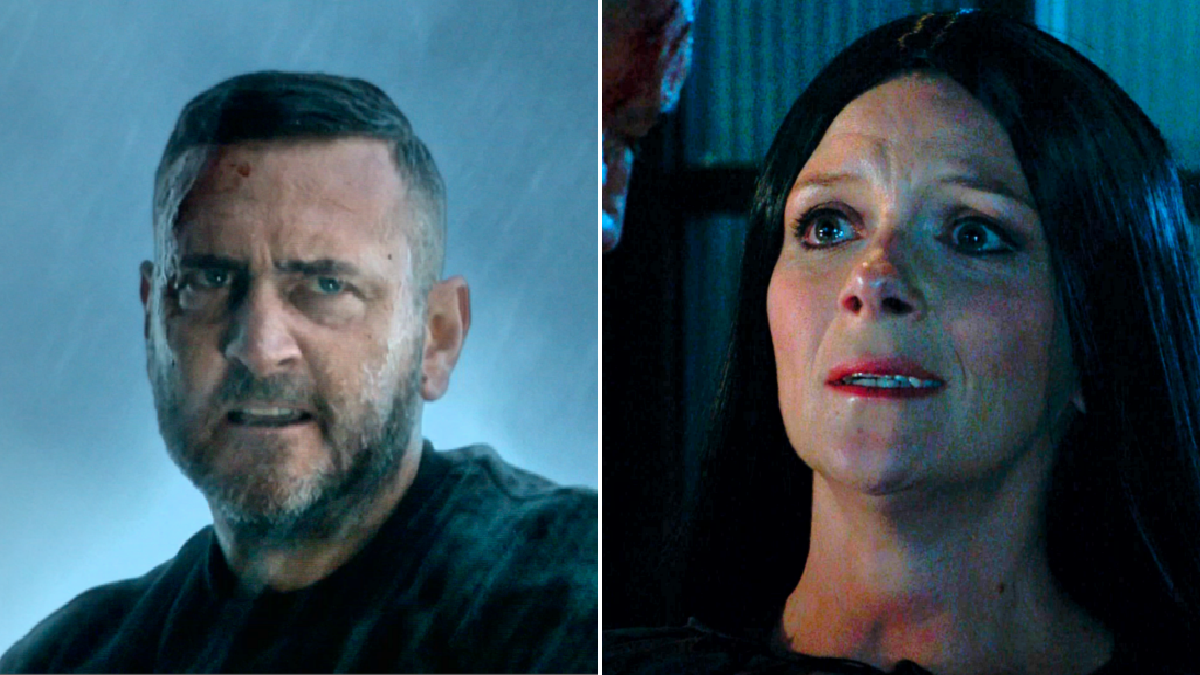 Leanne Battersby (Jane Danson) was led to believe Harvey Gaskell (Will Mellor) had died in the sinkhole collapse in Coronation Street, but she had no idea he had actually survived being pulled underground and swept away in the Victorian sewers.

We left Wednesday’s edition of the ITV soap watching a soaked Harvey grab the gun Abi (Sally Carman) initially had been given so she could murder Corey (Maximus Evans).

As we picked up the drama in the penultimate Super Soap Week episode, Leanne, Toyah (Georgia Taylor), Imran (Charlie De Melo) and Simon (Alex Bain) were all convinced Harvey had been killed from the sinkhole ordeal.

Meanwhile, Harvey had picked himself up, dusted off his clothes, threatened a passing cyclist with the gun and was making his way back to find Leanne.

As Leanne headed out of the bistro still dressed as Morticia from The Addams Family, Harvey entered Victoria Court flats.

Bursting into Leanne and Nick’s (Ben Price) flat, Harvey turned around and pulled the trigger and shot what looked like Leanne.

Harvey walked out of the flat, pleased his plan was a success.

We didn’t actually see Leanne’s face after the gun went off, could it be because it isn’t her?

If it isn’t Leanne, who has Harvey shot?

Find out when Coronation Street returns at 8:30pm on ITV.