Death In Paradise saw DI Neville Parker (played by Ralf Little) entered onto screens in last week’s instalment as he was drafted in to help after DI Jack Mooney’s departure. One guest star left viewers distracted tonight after they couldn’t help but comment on her accent.

Last week’s programme saw the introduction of Neville after the departure of DI Jack Mooney (Ardal O’Hanlan) as he remained this week to tackle another murder.

Tonight’s episode saw Will Arnott (Daniel Caltagirone) murdered by Malcolm Simmons (Sam Troughton) who was bullied by Will at school.

Malcolm was part of a group who had visited a remote island near Saint Marie on a survival-style trip.

However, something else distracted viewers tonight as they took to Twitter to comment on one of the star’s accents this evening. 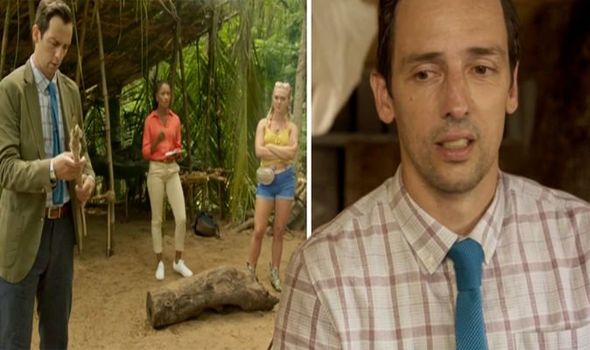 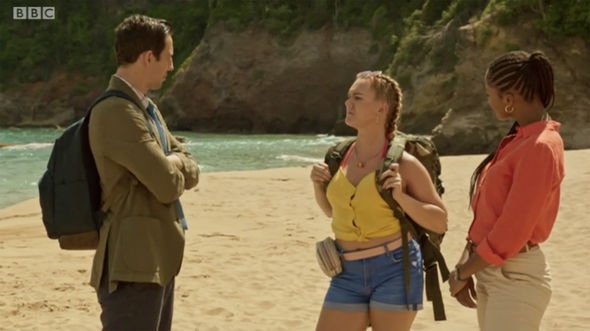 Casey Booth (Chloe Harris) was one of the members of the group appeared to have a Scouse accent but many were not convinced.

“Why, why, why not use a genuine scouser?? Must be so many talented actresses in Liverpool. Terrible accent  #deathinparadise,” questioned another.

“If they wanted a girl with a scouse accent, why not get a scouse actor rather than someone who sounds like they’ve watched Suprise Surprise once and now they think they’re Cilla? #DeathInParadise,” commented a third. 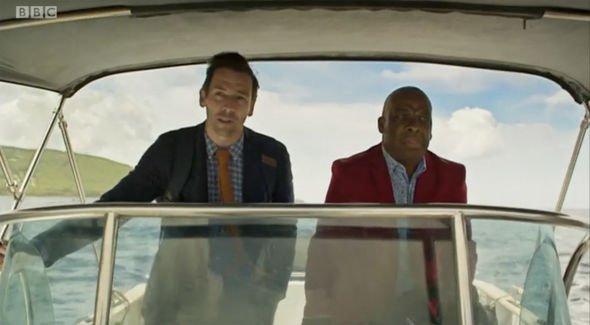 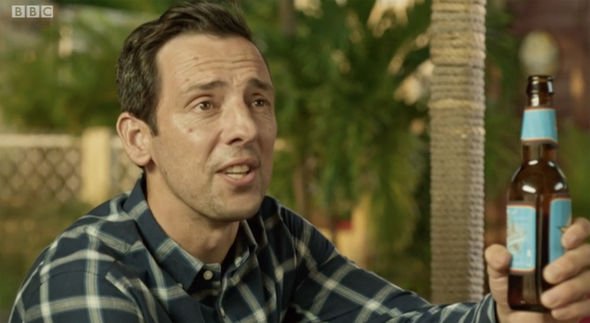 A fourth questioned: “Which part of Merseyside is Casey supposed to be from? Perhaps there’s a shortage of actual scouse actors?!  #DeathInParadise.”

Fans continued to praise Ralf Little’s stint as Saint Marie’s latest detective after he was met with a largely positive reception last week.

One fan wrote: “Loving this current series of #deathinparadise, @RalfLittle is a great addition to the cast but does anyone else want to give Neville a big hug? Poor bloke is allergic to everything.

Another echoed: “I really love the new inspector #DeathInParadise.”

A fourth stated: “Love @RalfLittle as the new DI. Definitely one of the better ones #deathinparadise.”

“Really loving @RalfLittle in #deathinparadise. So funny,” added a fifth.

Tonight saw Neville open up to Commissioner Patterson (Don Warrington) about his worries of his new position on the island – will he manage to get over his fears?

“I’ve been rather discombobulated since my arrival in Saint Marie. I don’t choose to be like this Sir. I want my life to function as normal as possible.

“I’m not good at much in life but solving puzzles, murders, is something I can do,” he confessed.

Commissioner Patterson replied: “I don’t doubt that but I think maybe your various idiosyncrasies maybe mean you’re not well-suited to be a detective out in the Caribbean.”

Next week will see Neville and co. return but will he decide to stay on the island for good as he becomes more accustomed to island life?

Death In Paradise returns on Thursday at 9pm on BBC One.

02/13/2020 TV & Movies Comments Off on Death in Paradise fans distracted by Ralf Little’s co-star’s ‘terrible’ accent
Recent Posts
We and our partners use cookies on this site to improve our service, perform analytics, personalize advertising, measure advertising performance, and remember website preferences.Ok