Escape to the Chateau’s Dick Strawbridge discusses the future

The hit Channel 4 series Escape to the Chateau has documented the couples’ journey from the moment they decided to up sticks from the UK and revamp a historic chateau in France to open as a thriving business. But a lot of work went into the restoration process when they started back in 2016, and to add to the pressure, the two were hoping for the perfect wedding on the site, and the clock was ticking. Dick explained that it was hard to find French builders to do the job efficiently.

In an early episode, Dick and Angel were becoming stressed by the amount of work that still had to be done – two weeks before their wedding.

Dick admitted: “Trying to get French workers to do stuff for us was so painful, so slow, so expensive.”

The couple soon decided to turn to a whole community of British expat builders, who turned up on time and did a full day of work at the property.

“We’ve had to get some more labour in,” Angel explained. “We would never, never have got everything done.

“I mean just painting this place is months and months.” The 45-room building had to be completely revamped, and time was running out. 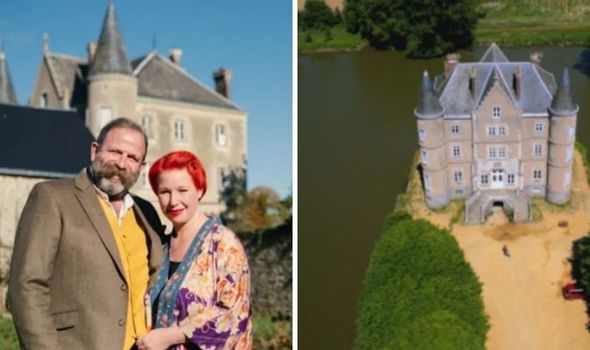 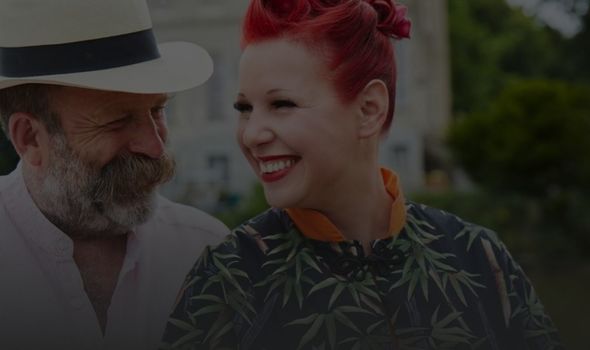 Among the expats who joined to help was Steve who used to live in Bradford, who said: “When I first came down that drive there I just thought ‘crikey, there’s going to be some work there.’

“The size of it. I feel privileged to be working on something like this that hasn’t been lived in for a long, long time.

“And you’re putting it back as a family home the way that it was built to be.”

One important feature to get sorted was the crumbling balustrade, where the couple were hoping to take their wedding pictures. 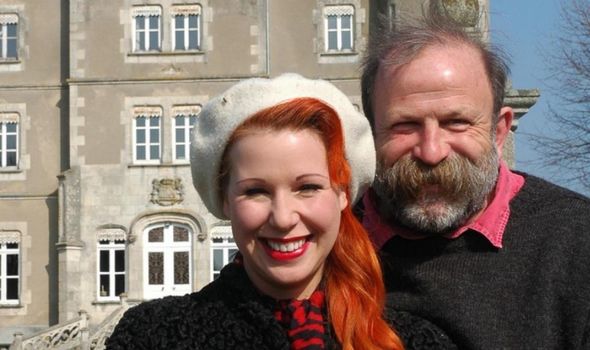 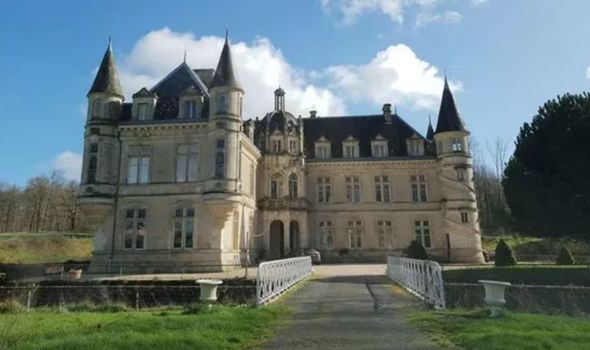 “As a matter of urgency we know we need to make this part safe,” Dick said. “Because it’s a bit wobbly.”

He added that it could also be a real danger to people, with the potential for rocks to fall on guests.

But again, finding a French builder to fix the problem proved to be predictably difficult, with Dick contacting builders who didn’t consistently get back to him. One person got in touch and then stopped contact for three months.

He said: “Can’t afford to wait any longer, so the bottom line is, we’re doing it ourselves.”

He said he and Steve would save him spending 3,000 euros and would get the job done in “two days.”

They soon found that the iron rods which had been binding the stone work together for 50 years had rusted and expanded, causing the stone to crack.

The moat also proved to be a problem, with a moat the French team had built bursting its banks just a week before the big day.

“It’s turning into a major civil engineering project,” Dick said. “I’ve got a fixed-price contact, thank goodness for that!”

Dick and Angel were expecting 200 guests at their wedding, and with room after room still needing to be restored and decorated, it took some lengthy work to sort.

Luckily, another dam with an extra barrier was built by the French team, which proved to be sturdier.

Angel was later devastated when she was told her bouquet could not arrive until after the wedding.

Thankfully though, the wedding did go as well as planned in the end, and all the hard work was made worthwhile as the business took off.

Escape to the Chateau is available to watch on All 4.