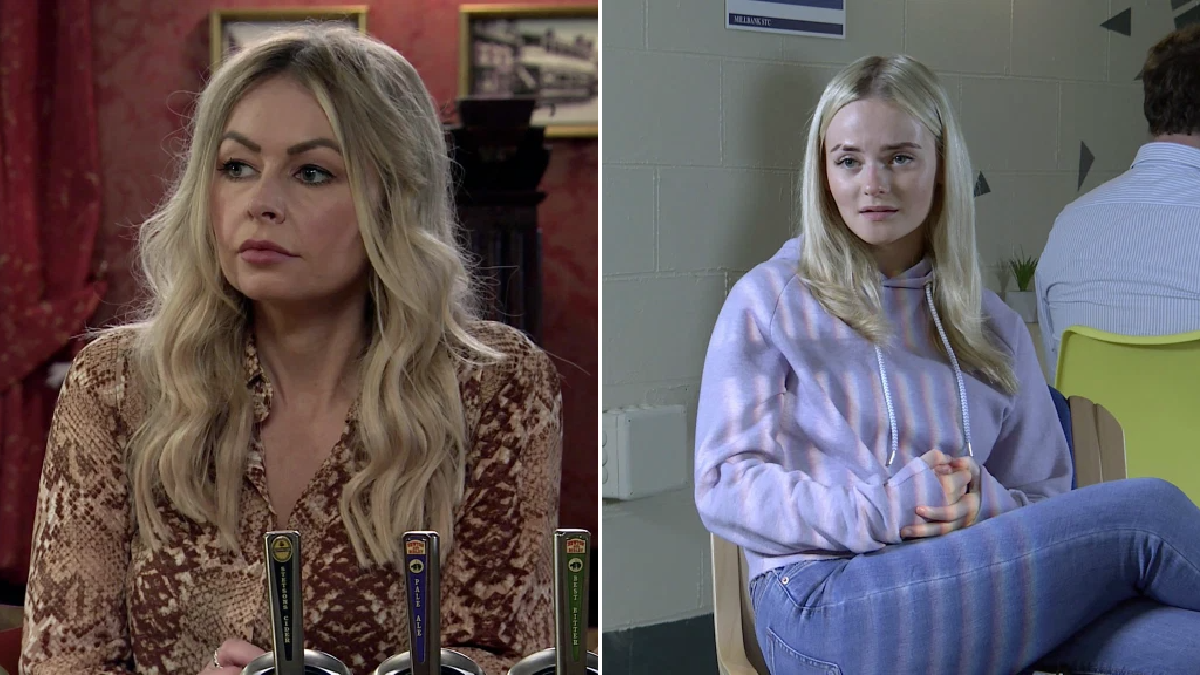 Coronation Street’s Laura Neelan (Kel Allen) sinks to a whole new, as she sets out to line her pockets by selling a story about incarcerated daughter Kelly Neelan (Millie Gibson).

In scenes next week, she pays Kelly a visit in prison, and quizzes her about the night of Seb Franklin’s (Harry Visinoni) attack.

Desperate for some information, she asks her daughter if she can remember anything at all, assuring her that she can be honest with her.

Kelly opens up, admitting that she’s suffering from flashbacks.

Laura, therefore, sets in motion a meeting with a journalist named Chris, as they rendezvous at the empty factory.

The schemer then asks Chris if she’d be interested in doing a piece on Kelly, asking how much she’d be willing to pay for such an article.

Sarah Barlow (Tina O’Brien) interrupts the pair’s little chat after spotting a light on in the factory, but just what has she overheard?

Kelly has been remanded in custody for several months, after she was charged with Seb’s murder.

Seb was killed back in May, when he and girlfriend Nina Lucas (Mollie Gallagher) were set upon by Corey Brent (Maximus Evans) and his mates.

It was Corey who instigated the attack, and carried out the assault.

Kelly, however, was also present during the horrific scenes.

She ultimately told the police the truth, but by that time it was too late, as Corey had got there first, and pinned the blame for the crime on her!