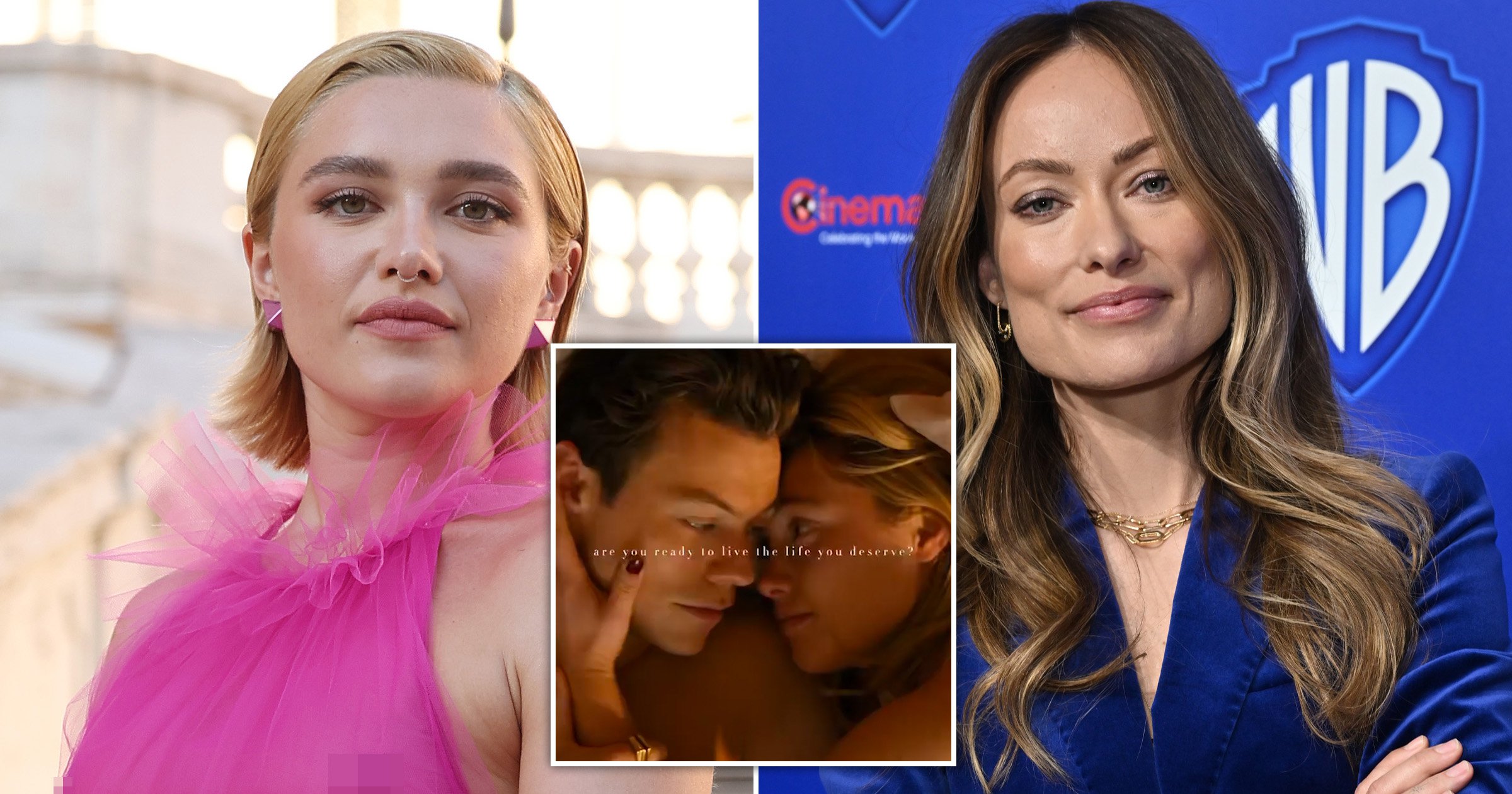 The film has been at the centre of speculation for months, with it being claimed leading actress Pugh, 26, and director WIlde, 38, were embroiled in a ‘feud’.

The rumours only amped up when Pugh limited her promotion of the film, missing the press conference at Venice Film Festival (although it was said this was down to filming commitments on Dune 2).

Most recently, a report from Vulture claimed the pair got into a fierce argument on set, but a group of crew members from the Warner Bros film have claimed in a letter that the ‘allegations about unprofessional behaviour on the set of Don’t Worry Darling are completely false.’

They told People that Wilde is ‘an incredible leader and director who was present with and involved in every aspect of production’.

‘There was never a screaming match between our director and anyone, let alone a member of our cast,’ they continued. ‘We are happy to put our names on this, as real people who worked on the film, and who have witnessed and benefitted from the collaborative and safe space Olivia creates as a director and leader.’

It finishes: ‘We’re also thrilled that the movie is in theaters this weekend. We can’t wait for you to see it on the big screen.’

Miri Yoon, a producer for Don’t Worry Darling, also told the publication: ‘Rumors of screaming matches between our director and leading lady on set are completely unfounded. We truly hope you enjoy the movie.’

Vulture had previously reported that, following a ‘screaming match’ between the pair, Warner Bros bosses allegedly intervened to ensure that Florence would still participate.

Top executives were reportedly also unhappy with how Olivia has treated her promotional duties for the film, which finally hit cinemas this week.

‘Olivia is either a mad genius who figured out a way to make people more aware of the movie in a way that just drives up the box office,’ a source told the publication.

‘Or she doesn’t have any self-awareness that she is f**king up her movie.’

The Booksmart director has spoken out against rumors of a rift on her film set and has chosen to heap praise on her co-star in interviews when discussing Don’t Worry Darling, recently telling Vanity Fair: ‘Florence did the job I hired her to do, and she did it exquisitely. She blew me away. Every day I was in awe of her, and we worked very well together.

‘It is ironic that now, with my second film – which is again about the incredible power of women, what we’re capable of when we unite, and how easy it is to strip a woman of power by using other women to judge and shame them – we’re talking about this.’

She clarified that the character of Alice is on a challenging journey and a ‘cataclysmic existential breakdown’ throughout the film, which put may have Florence in a different mindset to her castmates.

‘My tendency is to be everyone’s best friend and to socialize, and I think she often just needed the time and space to focus, so the way I supported her was to give her space and to be there if she needed anything,’ she continued. ‘Florence was very focused on turning out that performance, which I can assure you took all of her energy.’

Discussing her highly-publicised lack of promoting for the movie, she added: ‘Florence is one of the most in-demand actresses in the universe. She’s on set on Dune. I gather that some people expect for her to be engaging more on social media. I didn’t hire her to post. I hired her to act. She fulfilled every single expectation I had of her. That’s all that matters to me.’

Meanwhile, despite rarely posting about the film on social media, Pugh recently shared a series of photos on set, including of Wilde, and a tribute to the cast and crew.

She ended her lengthy message by saying: ‘This film was such an epic story on such a large scale to shoot, all while during peak Covid times. For that I will always be grateful.

‘To all of you who helped make this, your dedication and love was seen daily – thank you. With that, here are some pics I took from this time. More to come! #dontworrydarling.’

The psychological thriller, also starring Harry Styles, Chris Pine and Gemma Chan, follows a housewife living with her husband in a utopian experimental community – but she quickly comes to realise that not all is as it seems.