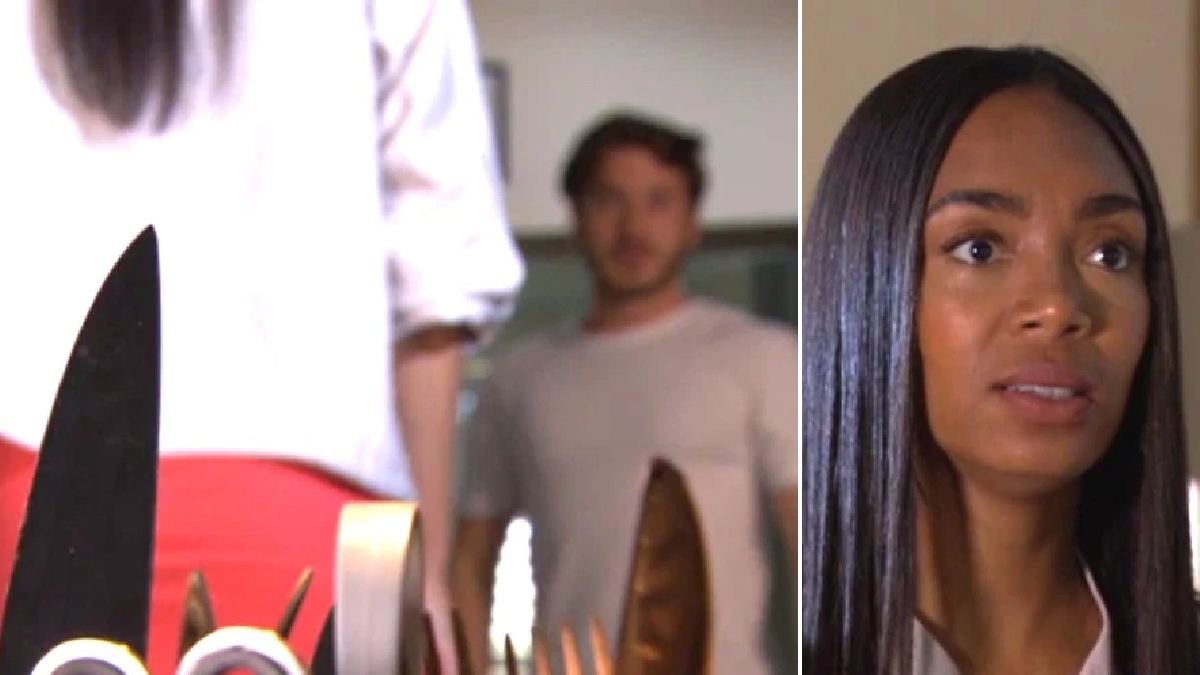 On the way back, Chelsea spotted a very expensive looking ring in the pawn shop.

Heading back home, Chelsea cracked open a bottle of wine and a grumpy Gray immediately spotted the ring.

His anger growing, Gray told Chelsea to take the ring off as it belonged to Chantelle.

Standing her ground, Chelsea refused, which saw Gray unleash his fury and was seemingly very close to pushing Chelsea, until he realised the opened dishwasher had upturned cutlery in it.

Viewers remember being pushed into the dishwasher was how Gray killed Chantelle, but could this scene be hinting at Chelsea’s future?

Chantelle’s death was actually hinted at in a scene 9 months prior to her death, and the show also did the same (yes, history has repeated itself somewhat) with Tina (Luisa Bradshaw-White) and Kush (Davood Ghadami) …have we figured out something…or rather someone…is coming for Chelsea?