SHIRLEY Carter’s world comes crashing down when she discovers that Mick’s former care worker Katy Lewis abused him as a child next week in EastEnders.

Fans of the BBC One soap are certain that Shirley will kill Katy after discovering the truth. Here’s the lowdown… 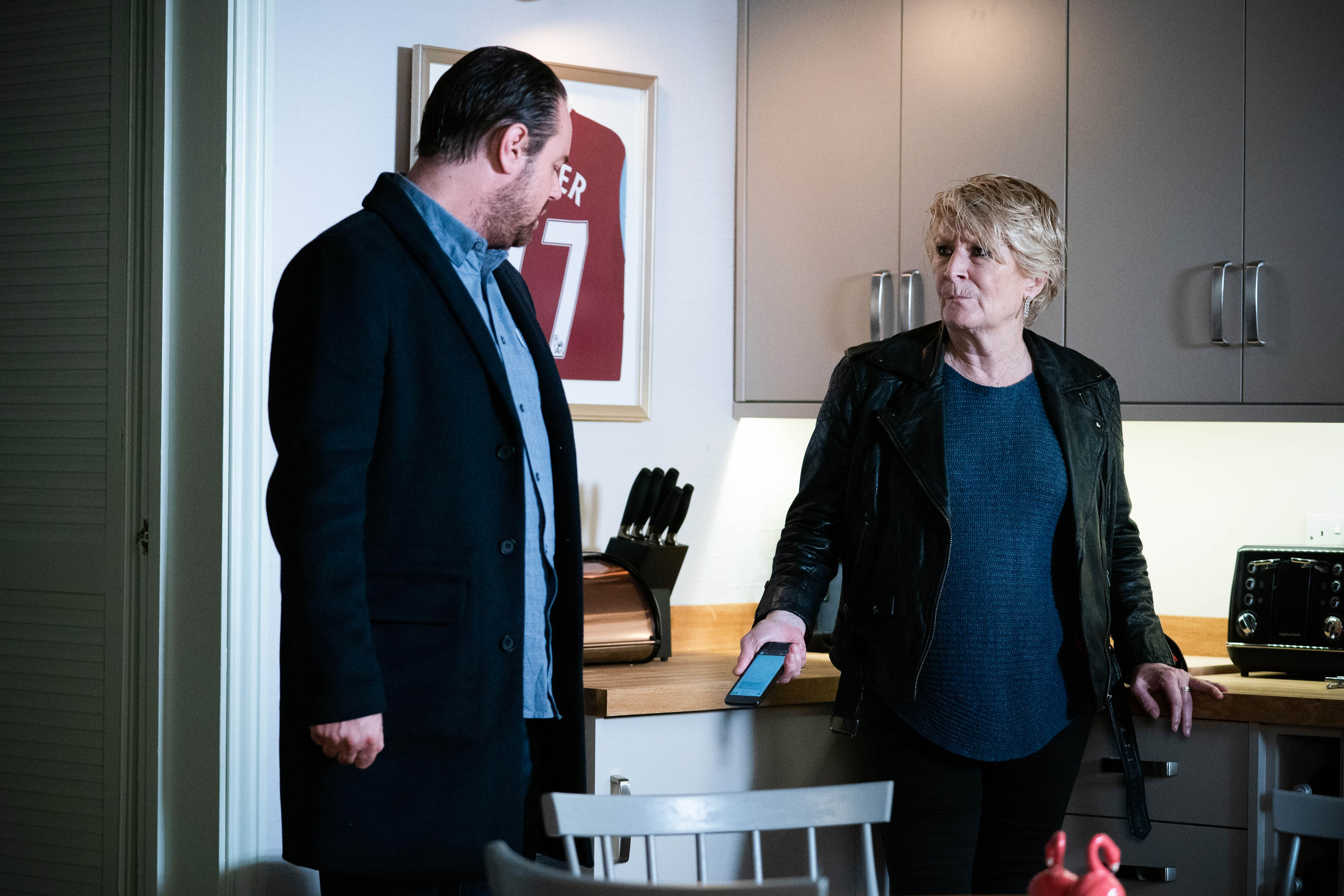 How does Shirley discover Katy abused Mick in EastEnders?

Shirley discovers the horrifying truth after overhearing a furious argument between Katy and Mick next week in EastEnders.

The showdown between Mick and Katy comes after the police come knocking at her door.

Fearing the worst, Katy makes a dash for it and heads over to Mick’s, where she confronts him for ringing the police.

But Mick insists he hasn’t called the police and tells her that Frankie must have turned her in.

Katy does her best to manipulate Mick and turn the situation to her advantage, but she’s horrified when she looks up to see Shirley standing there having heard every word.

Viewers of the soap know that Mick has been taking things out on Shirley in recent week given that he blames her for placing him in care for much of his childhood.

But Mick finally found the strength to confront his abuser last week and confide in his wife Linda, explaining that Frankie was his daughter and that Katy had raped him when he was 12.

Linda urged Mick to go to the police, but Mick refused. 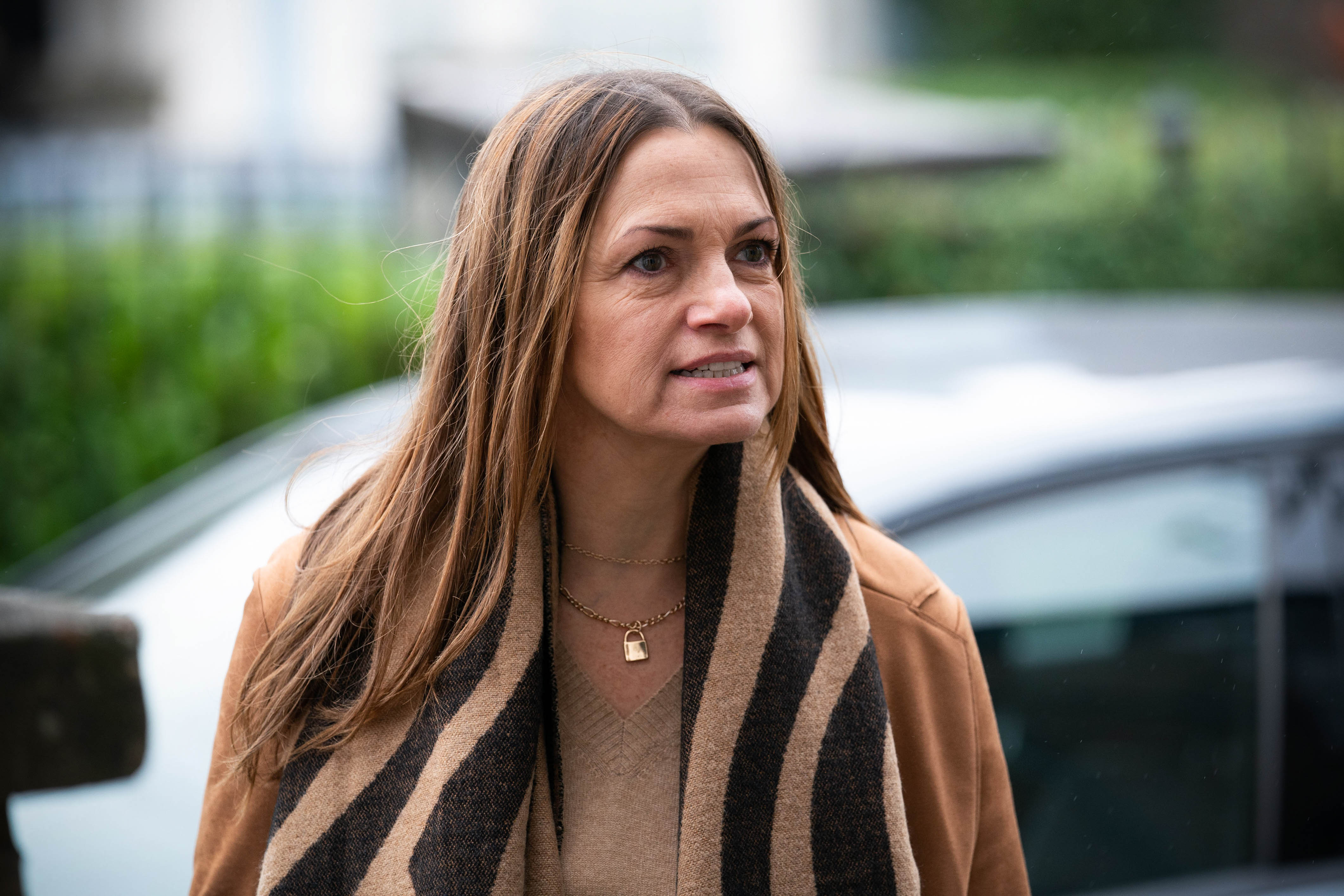 Is Shirley going to kill Katy in EastEnders?

Viewers of the BBC One soap are convinced that Shirley will unleash her anger on Katy and murder her after discovering she abused Mick as a child.

Powerful scenes tonight. That was the best episodes in months. I am so happy that Mick and Linda are back together. And Shirley will kill Katy for this. She will be brutal. #EastEnders

Shirley will fucking kill Katy when she finds out #EastEnders

But with EastEnders keeping shtum about what happens next, viewers will have to tune in to find out what Shirley decides to do. 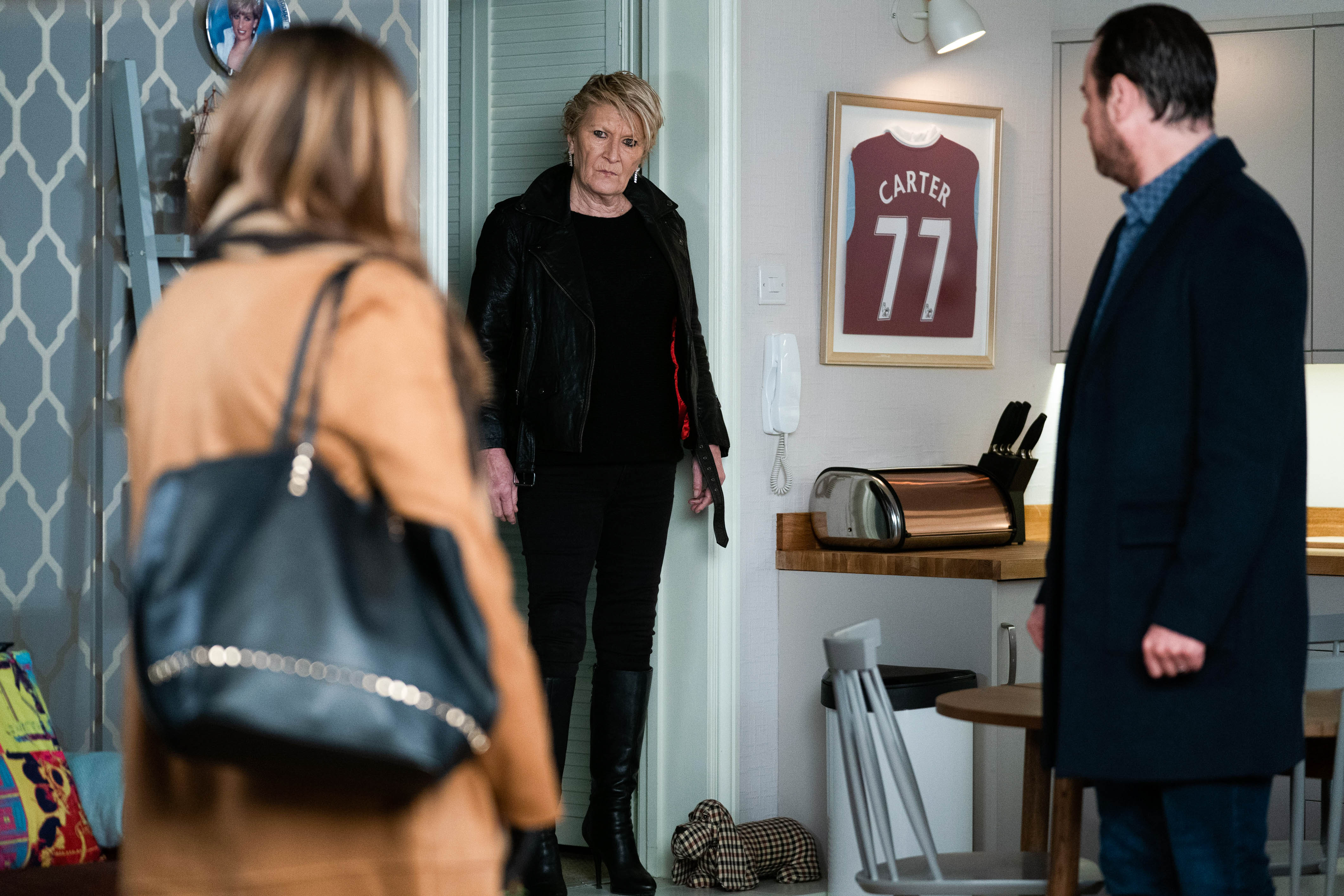 What happened between Katy and Mick in EastEnders?

Mick was abused by his care worker Katy Lewis after he was placed in care by his mum Shirley as a child.

Mick was given a blast from the past when Frankie arrived in the Square last year and dropped the bombshell that she was his estranged daughter.

The small age gap between the father and daughter left fans wondering if Mick had been abused.

Sure enough, Frankie tried to get Mick to see the truth about the abuse her mother inflicted upon him after learning he was only 12 when he fathered her.

Katy tried to manipulate Mick into believing that nothing had happened between them and initially managed to convince him that he wasn’t Frankie’s father.

But, after reaching breaking point and considering taking his own life, Mick finally confronted Katy last week and forced her to admit she had abused him.

The BBC soap has worked with SurvivorsUK and the NSPCCA on the abuse storyline to make sure Mick’s storyline is as accurate as possible.

Jon Sen, Executive Producer EastEnders revealed: “Viewers have always been aware that Mick spent many years in care, which has been the cause of his fractured relationship with Shirley but now the audience will discover just why Mick’s childhood has been so traumatic.

“This storyline will see Mick having to confront the demons of his past, something he has desperately tried to avoid for many years and face up to the realisation that he experienced abuse whilst he was in care.

“Our work with SurvivorsUK and NSPCC has been vital in informing and grounding Mick’s story very much in reality."

He added: “We hope this storyline will help to challenge the perceptions, the stigma and the shame – particularly experienced by male survivors.”

01/05/2021 TV & Movies Comments Off on EastEnders: Shirley Carter's horror explained as she discovers Katy Lewis abused Mick
Recent Posts
We and our partners use cookies on this site to improve our service, perform analytics, personalize advertising, measure advertising performance, and remember website preferences.Ok