Suki Panesar (played by Balvinder Sopal) has given little insight into her marriage with Nish Panesar (Navin Chowdhry) during her time in EastEnders. However, official spoilers confirm the convict will finally arrive on the scene just as Suki and Eve Unwin’s (Heather Peace) admit to their true feelings.

In next week’s episodes, Stacey Slater (Lacey Turner) is furious when she sees Suki rudely dismiss Eve during a discussion with Kheerat Panesar (Jaz Deol) about a business meeting.

Stacey takes her friend’s love life into her hands and creates an online dating profile for her.

She matches Eve with a date and plans for the two to meet at The Albert.

Eve isn’t happy but goes along with the date to please Stacey.

While on her date, the two friends bump into Suki and Ravi Gulati (Aaron Thiara), with Stacey making it clear the Panesar matriarch should stay away from Eve. 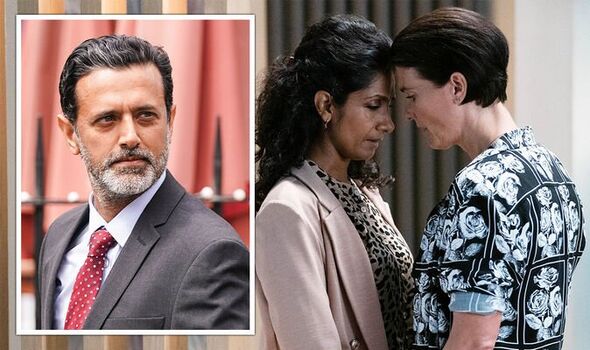 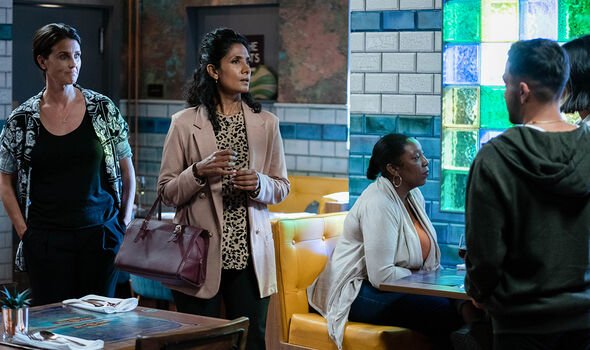 Ravi senses Suki is struggling and suggests he should take the business meeting with Harpreet but she insists she’s fine.

During the meeting, Suki is caught off guard when Harpreet starts to talk about working with Ranveer Gulati (Anil Goutam).

Suki panics and leaves the meeting abruptly before being spotted by a concerned Eve.

She sneaks away from her date to comfort Suki who realises just how much she needs the former convict.

Suki is emboldened by Eve’s support and returns to Harpreet ready to finish their meeting. 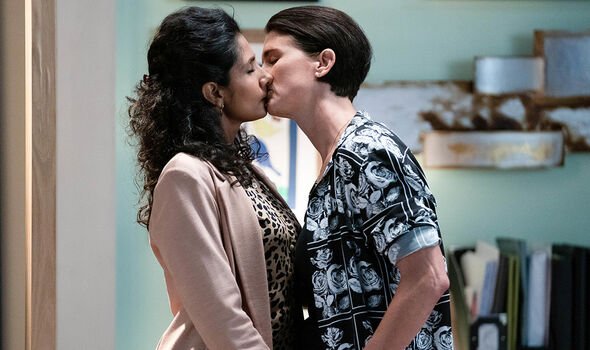 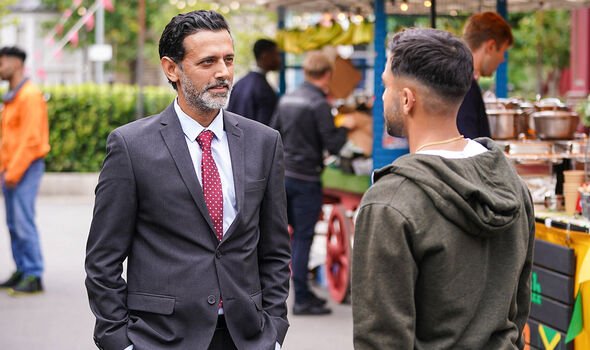 She charms him and Harpreet offers her the chance to do business together.

He’s so impressed with Suku that he organises for her to fly to Mumbai the next day.

Later, Suki reunites with Eve and thanks her for her empowering advice.

The pair passionately kiss leaving Eve even more smitten with the businesswoman.

In the cafe, Eve tells Vinny Panesar (Shiv Jalota) about Suki’s plans to leave for Mumbai.

She attempts to reach out to him and urges Vinny to encourage Ash Panesar (Gurlaine Kaur Garcha) and Kheerat to support their mum.

Kheerat later agrees to visit Suki before she leaves.

Meanwhile, Ravi overhears Stacey expressing her anguish at Hope’s birthday party being cancelled and offers to host it at Walford East.

Elsewhere on the square, Vinny is stunned to discover that his father will be leaving prison imminently.

Later, Eve follows Suki home after she has a hurtful encounter with her family.

The pair give into their feelings but it’s not long before Eve is left heartbroken.

As Suki struggles with her and Eve’s future, Nish arrives in Walford.

Will Eve and Suki get a chance at happiness or will Nish ruin their relationship?

EastEnders airs on BBC One from Monday to Thursday at 7.30pm.