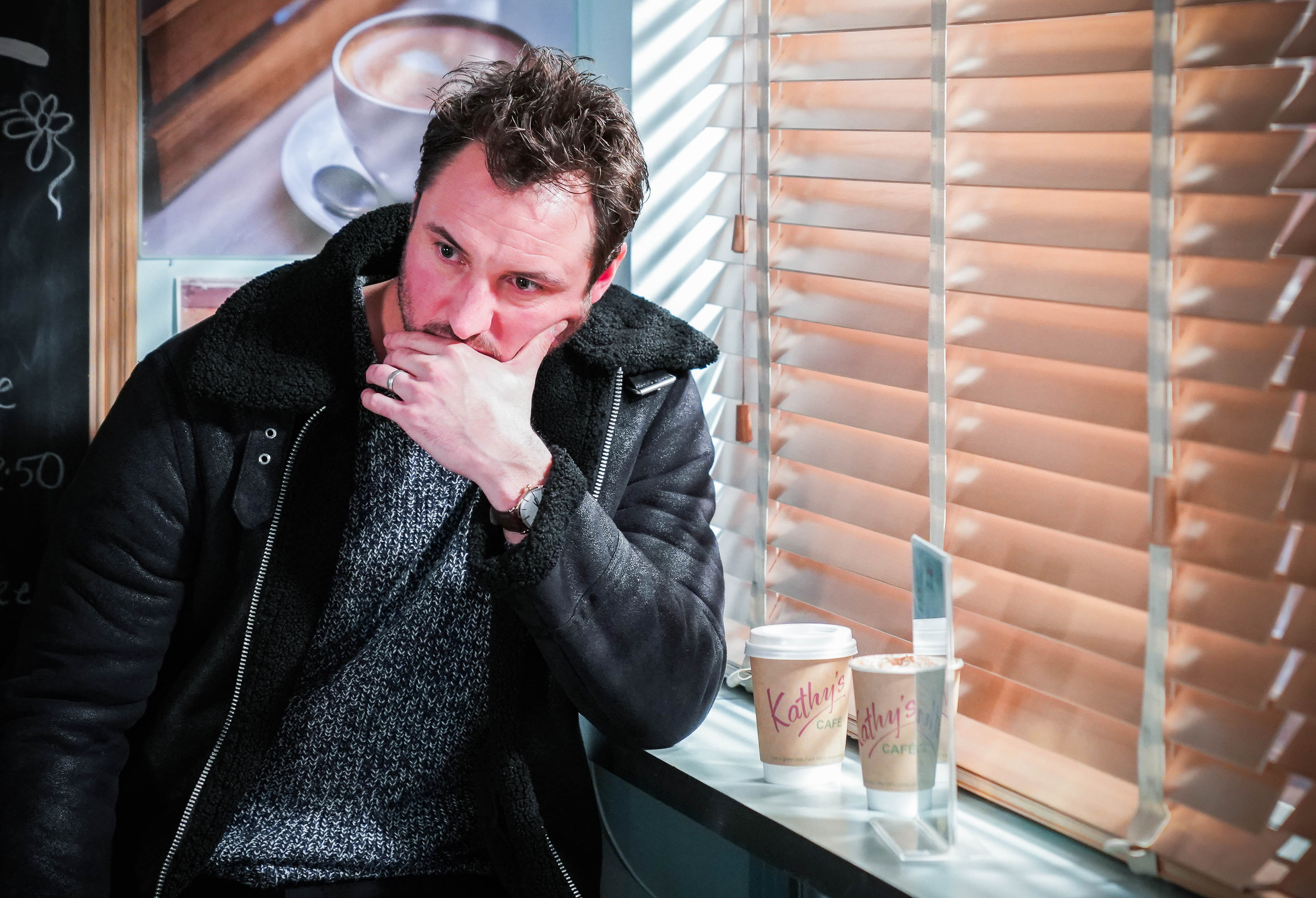 Martin Fowler’s decision on EastEnders to report ex-wife Stacey to the police may result in her being put behind bars for a second time.

With actress Lacey Turner’s maternity leave set to result in Stacey’s absence from Walford, viewer speculation has been mounting as to how she’ll depart.

But we now have our strongest hint yet as to what Stacey’s exit storyline will be after Martin makes the surprise decision to contact the authorities for what he believes was an assault on Ruby (Louisa Lytton).

What the market-stall holder has failed to realise, though, is that Ruby has plotted against Stacey by claiming she was pushed down a flight of stairs and that it was this tumble which caused her miscarriage.

Says star James Bye: ‘Martin’s heart is with Ruby and he believes ultimately that Stacey did push her. So, he does own that decision to call the police.

‘For me, as an actor, it was quite fun and different to play because it’s not really a Martin thing to do. But he’s lost a child and he’s in love with a woman who’s manipulating him. He’s trying to spin too many plates and has dropped a big one.’

The trouble is that the repercussions of Martin’s actions may end up being more far-reaching than he’d ever anticipated. Adds Bye:

‘Martin calls the police thinking that nothing is going to come from it. In his head, it’s just a little lesson that Stacey needs to learn from.

‘But then Gray tells him that Stacey could potentially go to prison and it makes him realise that the decision he’s made is the wrong one. At no point did he think it would result in a full investigation, so the guilt is massive.’

As long-time viewers know, Stacey served time in prison for the murder of Archie Mitchell (Larry Lamb) and was seen in more recent years fleeing town to avoid a second spell inside for an attack on Phil Mitchell (Steve McFadden).

But, on this latest occasion, there’s the possibility of Stacey being incarcerated for a crime she didn’t actually commit. And despite Martin anguishing over his decision to put her on the police’s radar, it doesn’t seem as though he’ll be backing down any time soon.

Speaking about the chances of the situation being resolved amicably, Bye says, ‘It doesn’t get resolved and I’m not sure it ever will. After the fall and Ruby saying that Stacey pushed her, their friendship is gone. Maybe Martin and Stacey could reconcile in the future, but right now, with him loved up with Ruby, I can’t see them being friends soon.’