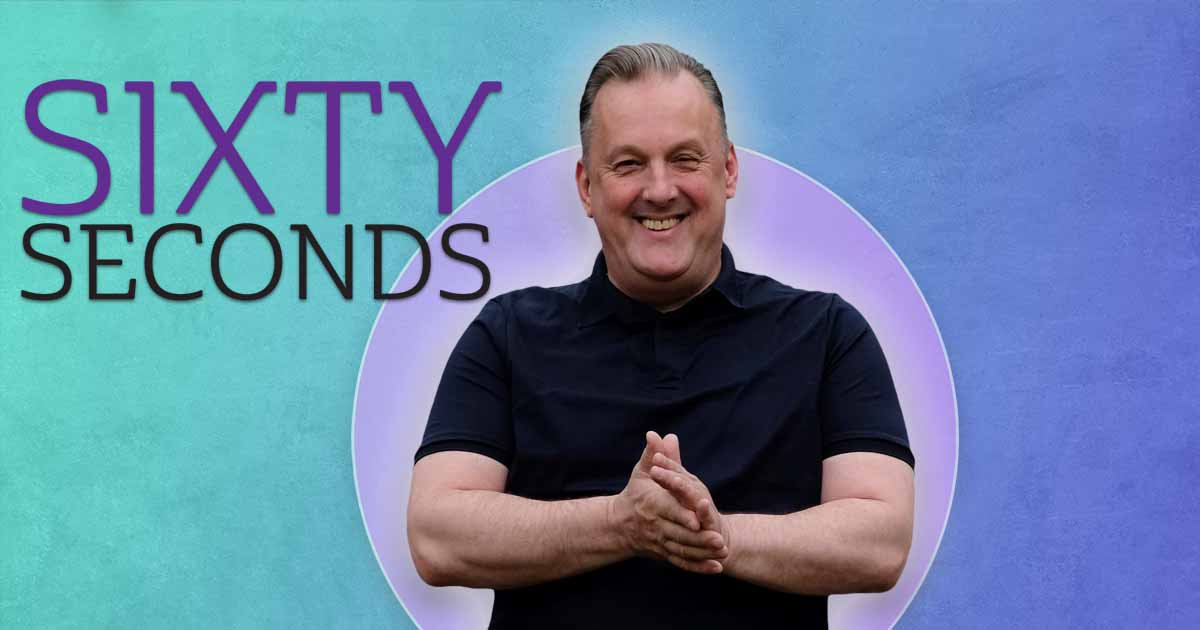 The EastEnders star, 58, on being the best poker-playing actor and why he’d love to see more of his wayward TV son.

What sort of reaction have you had to your EastEnders character, Harvey Monroe? Is he being a bit of an idiot not spotting that Jean is having a bipolar manic episode?

He is certainly being described as an idiot by quite a lot of people on social media. They’re like, ‘What are you doing? Harvey, for God’s sake!’ It’s quite funny because there was a real turnaround.

First of all, people were saying, ‘For goodness’ sake, Stacey, why are you so jealous? What’s your problem? Let your mum have some fun.’ Now the same people are going to Harvey, ‘Are you f***ing stupid?! Can’t you see she’s really ill? Listen to Stacey, she knows.’

Harvey’s in love, isn’t he?

Yes, I think he’s just slightly deluded. Let’s not forget that when he first meets Jean, she is not in the middle of a manic episode. Maybe it’s just beginning but the signs aren’t showing.

What we are seeing is the Jean that we love, who is this funny, sparkly, vibrant, beautiful, engaging woman. She’s giving all this attention to Harvey. It’s unbelievable for Harvey. No one had shown any interest in him maybe for years since he broke up with his wife.

You’ve played poker at a top professional level, haven’t you?

I have. I’ve been British champion. I’ve won championships in France, Austria and Ireland. I’ve made final tables all over the world, from Australia to Las Vegas.

Do you know any other actors who are good poker players?

There are a couple of other actor poker players who I can say are all right, like Michael Greco [Beppe di Marco in EastEnders], but if I’m honest they’re not on my level.

It says on Wikipedia that as of 2009 you had tournament winnings in excess of $2 million. Is that correct?

Yeah, that wasn’t all in 2009 – 2009 is really the year I stopped playing internationally. That $2 million is my overall tournament winnings.

It doesn’t include cash tag winnings. It’s just tournaments because tournament winnings can be published. What you win in cash games can be a lot more.

Your other big storyline involves Harvey’s son Aaron and his far-right allegiances, which Aaron blames his dad for…

Yeah, his dad did probably have a lot of responsibility for the way his son turned out. There are a lot of Harveys out there. Some people will see Harvey as a right-wing bigot, whereas some see him slightly differently.

He was certainly sensitive enough to understand that some of the things he was saying were hurtful or discriminatory. He is trying to turn a corner himself and I think that’s admirable.

Is there more to come with both the Aaron and Jean storylines?

I’m not sure where the story with Aaron will take us. Charlie [Wernham] is so good it would be an awful shame to lose him but his character has to be punished, obviously, for the crime he tried to commit and some of the crimes he did commit, like getting the taxi driver beaten up and taking part in that.

Aaron might not be around for a little while but I hope that at some point he will be a more permanent fixture again in the square.

Danny Dyer has announced he is leaving EastEnders. Do you think Harvey would make a good landlord at the Queen Vic?

I would love that. It’s the job everybody wants but it’s the hardest of all because you are there all the time. I think we would see another side to Harvey. He could be a great, jolly landlord who wouldn’t suffer fools necessarily.

He can be very warm and chatty and charming and bubbly behind that bar but if there was a bit of trouble, I think he would roll his sleeves up and get stuck in. That would be great one day. Who knows? We shall see. No one’s mentioned it to me. You’re the first.

The show has recently lost the legendary June Brown. Did you get to meet her?

No, sadly I never got to meet June. She was an exceptional actor. She was such
a great character actor, as is Gilly Wright, who plays Jean.

When you come into something like EastEnders, you have a character you play but you naturally bring a lot of yourself.

I never met June, so I don’t know exactly what she was like, but I feel like she immersed herself in something that wasn’t her and carried it off beautifully.

Are your kids following in your footsteps?

I’ve got a daughter who is 26, Alabama. She lives with her mum from my first marriage. She’s an aspiring actress. She has just got herself an agent so I hope she will do well. We’re very close.

My other two, who live with me, are 16 and 19. I absolutely adore them. They’re doing their own stuff. Billie, the eldest, plays music in his room. He’s a musician. Rocky is doing his GCSEs and is more interested in going out with his mates and playing football, which is nice.

EastEnders is on BBC1 on Monday, Tuesday, Thursday and Friday, and on BBCiPlayer.