Carpenter accused Whedon of “hostile and toxic” behavior on the sets of “Buffy the Vampire Slayer” and its spinoff, “Angel.” 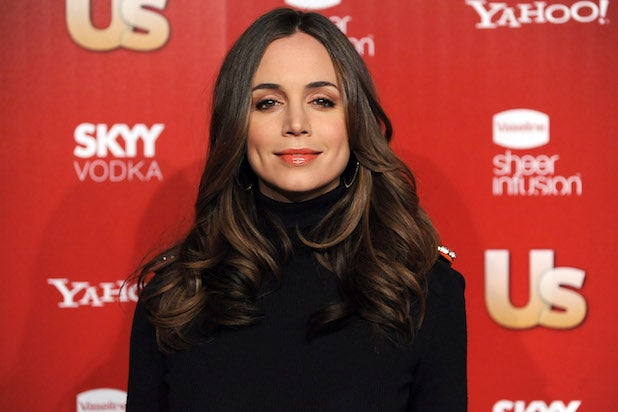 Actress Eliza Dushku is the latest “Buffy the Vampire Slayer” alum to come out in support of her former co-star Charisma Carpenter, who on Wednesday accused the show’s creator Joss Whedon of “hostile and toxic” behavior on the sets of “Buffy” and its spinoff series “Angel.”

“CC, my heart aches for you and I am so sorry you have held this for so long. Your post was powerful, painful, and painted a picture we’ll collectively never un-see or un-know. Thank you. I hadn’t known it and I won’t forget it,” Dushku said in a post to Instagram.

“I frequently think of the saying “We are as sick as our secrets.” Our secrets indeed make and keep us sick,” she continued. “What I am learning more and more — and I have personally found most valuable — is that profound healing can only come from naming and disclosing what actually happened, the necessary first step (Once someone’s ready) to freeing ourselves from our secrets, untold truths which have kept us isolated, ashamed, and held hostage.”

“Neglecting to “name” the power/gender/sexual/racial abuse epidemic in the entertainment industry (and for that matter society in general) enables the abusers and only emboldens and ultimately fortifies abusive systems. May you and countless others feel the solidarity and connection you have likely missed for too long. From courage, come change and hope. It starts and will end because of courageous truth-tellers like you. I admire, respect and love you,” Dushku concluded.

Dushku, who later starred in Whedon’s 2009-2010 Fox series “Dollhouse,” joins Sarah Michelle Gellar, who starred as Buffy, who said in a statement Wednesday that she stands “with all survivors of abuse and am proud of them for speaking out.”

“While I am proud to have my name associated with Buffy Summers, I don’t want to be forever associated with the name Joss Whedon,” Gellar wrote on Instagram. “I am more focused on raising my family and surviving a pandemic currently, so I will not be making any further statements at this time. But I stand with all survivors of abuse and am proud of them for speaking out.”

In addition, “Buffy” actors Amber Benson and Clare Kramer also spoke in support of Carpenter, and co-star Michelle Trachtenberg said in a statement that during her years on the show Whedon’s behavior was “Very. Not. Appropriate.” and that “There was a rule. Saying. He’s not allowed in a room alone with Michelle again.” She did not elaborate on why that rule was put in place.

For her part, Carpenter said in her statement Wednesday that Whedon “was mean and biting, disparaging about others openly, and often played favorites, pitting people against one another to compete and vie for his attention and approval.” Carpenter also accused Whedon of “passive-aggressive threats,” of being dismissive of her “faith,” and said he retaliated against her when she became pregnant while starring on “Angel.”