Emmerdale: Debbie and Priya console each other over Al

Debbie (played by Charley Webb) was left floored when she overheard Priya (Fiona Wade) discussing how she and Al (Michael Wildman) were going to get married during Thursday’s episode of Emmerdale. With the love rat trying to keep the two women in his life from finding out about each other, he failed in his mission when the mother-of-two told the bride-to-be she had been having an affair with her groom. However, when the pair spoke about how they were going to get revenge on the casanova, viewers of the ITV soap were left wondering if this could be the start of a romance between his two mistresses.

As the women poured themselves countless glasses of wine, there were several hints dropped they could end up together.

When Priya realised she had been taken for a fool, she apologised to her love rival who also said sorry for sleeping with a man who was meant to be getting married.

“Anyway, I reckon it’s him who needs to be sorry, don’t you?” Debbie asked after she and the wedding event planner discovered they now had mutual ground with one another.

With revenge on the mind and discussing the details of their lives with Al, the bride-to-be started to cry.

“Oh, no. Priya, don’t. He’s not worth it,” Debbie told her before the mother-of-two declared “everything was going to be alright.” 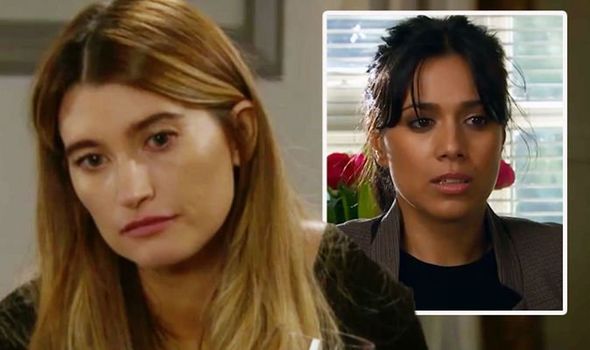 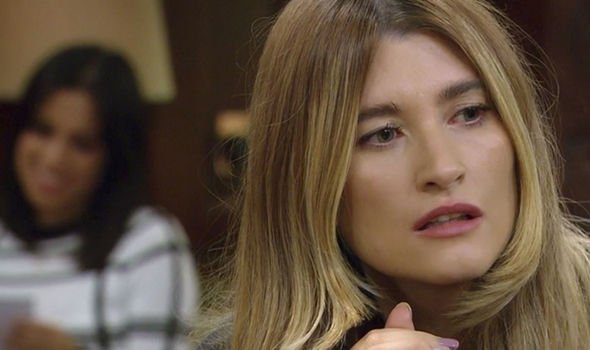 “Men come and they go,” Debbie continued, once again alluding to the fact she might write off being with a man altogether.

As the second episode of the night drew to a close, Priya explained to her love rival how they were going to rinse Al of everything he had.

“You and me, we work together,” the scorned bride-to-be began, adding: “We come up with a plan and then we hit him where it really hurts. We ruin him, we dismantle everything he has and everything he owns.”

“And we leave him with nothing,” the mechanic replied, with the two women making a pact they were going to stick together. 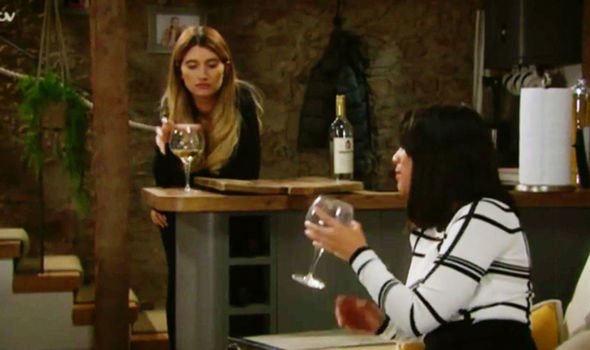 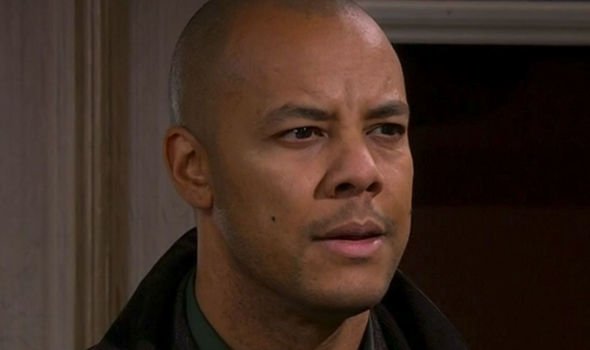 Priya and Debbie dump Al and get together?

Watching the scenes at home and seeing how close the two women were becoming, fans began to theorise a romance between Al’s mistresses.

Taking to Twitter, one wrote: “How about both Priya and Debbie dump Al and get together? We know Debbie is bisexual and Priya should be, too. She’s too hot to be wasted on men.”

Another added: “I ship Priya and Debbie thanks #emmerdale @emmerdale,” referring to the term when two people are romantically connected together.

“Priya and Debbie girlfriends when? #emmerdale,” a third asked with a fourth commenting: “Poor Debbie and Priya both can do better. #Emmerdale.”

“Priya and Debbie teaming up against Al I’m absolutely here for it #emmerdale,” a fifth shared, but will their plan to rinse Al lead them to fall in love?

Debbie has had a relationship with a woman before when she began an affair with Ashley Thomas’ (John Middleton) niece, Jasmine Thomas (Jenna Coleman).

Their relationship came to an end when the latter was charged with manslaughter for killing her ex-boyfriend, Shane Doyle (Paul McEwan).

He had attacked Debbie and in wanting to protect her lover, the vicar’s niece lost control and only saw red.

Could history repeat itself if Debbie does end up falling for Priya and they kill Al for his wrongdoings?

The actress who plays Debbie, Charley, 32, has spoken out about her character’s revenge plot against the love rat.

“It’s not going to go down well. I think there could be fireworks,” the soap star began, adding: “She’s going to be really hurt because she’s let another guy into her life and it’s all going wrong.

“She’s not going to let him get away with it. There will be definite consequences,” the star of the weeknight serial drama continued.

01/14/2021 TV & Movies Comments Off on Emmerdale spoilers: Debbie Dingle and Priya for ‘affair’ as fans predict Al revenge twist
Recent Posts
We and our partners use cookies on this site to improve our service, perform analytics, personalize advertising, measure advertising performance, and remember website preferences.Ok