Belle Dingle (Eden Taylor-Draper) revealed her true alliance this week when she called the police on Jamie Tate (Alexander Lincoln) despite months of defending him and their love. In a shock turn of events, Emmerdale fans saw the vet turn sinister and threaten his estranged wife Andrea Tate (Anna Nightingale), using their daughter Millie as leverage. But it seems a bigger twist could be in store when Andrea double crosses both Jamie and Belle. Will Millie become the victim in this game and be taken into foster care?

On Thursday night, Jamie came face to face with Andrea, where he lay down the law.

“Well, look at you! Moral crusader all of a sudden. You’re as much to blame as I am,” Jamie began.

Andrea replied: “I’m not the one who ran over Moira!”

“No, but you did pressure me to keep quiet, you covered up a crime Andrea, how’s that going to look in court?” He continued. 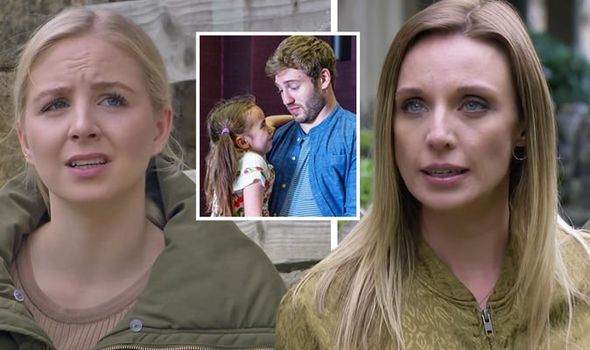 “It’s your word against mine,” Andrea remarked.

“You’re willing to blag? Because believe me, you’re in this up to your neck,” the vet argued.

“What do you want?” Andrea asked and her husband replied: “The same thing I have always wanted; to protect Millie.”

“How is this protecting Millie?” She questioned. 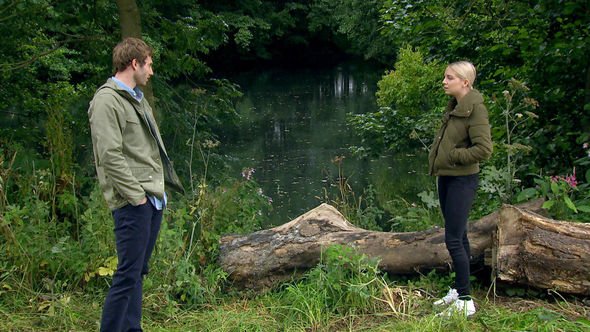 “Look, I lied because I had to. I wasn’t going to leave her alone with a mother like you!” Jamie hit back.

“And yet a Dad that drives off and leaves someone for dead, that’s a great role model,” Andrea commented.

“You really are stupid aren’t you – everything’s so black and white in your world,” Jamie said.

“If this goes to court, you will provide me with an alibi because if you don’t, I’ll be going down and I’ll be taking you with me. 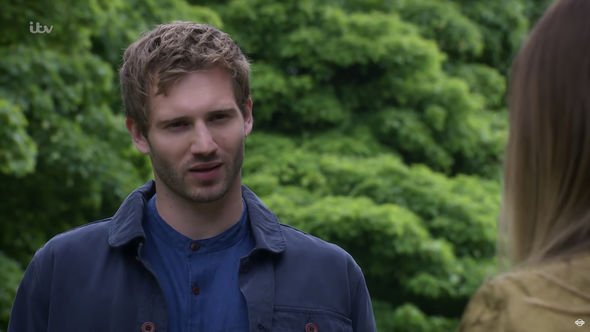 “Then what will happen to Millie?” He threatened.

It comes after ITV announced the next arc in the storyline which will see Andrea strike a deal – but with who?

After being arrested, it seems Jamie has managed to wangle his way out of the prison cell as he is back in the village.

As for Belle, she will receive a call from Andrea who tells her she has agreed to go along with her plan to bring Jamie down.

But could this backfire for Belle?

Andrea’s main priority is her daughter, and therefore, whatever she decides to do will be in the best interest of Millie.

Does this mean she will strike a deal with Jamie, but pretend to go along with Belle’s plan too?

Should this be the case, there is a chance Belle could be the one who ends up behind bars as they frame her for another crime.

One said: “#Emmerdale So like Belle only got back with Jamie to trap him into confessing that he played bumper cars with Moira? And she’s just gonna walk away like that? Naw… Something feels off.”

“What happens to all the evidence against Jamie if Andrea does give in to his blackmail? It’s NOT just gona disappear right? She totally should of just did what Belle did & reported him from the start. Instead of tryna blackmail him into rebuilding their marriage #Emmerdale,” another wrote.

“#emmerdale emmerdale said emmerdale fans could soon be seen  Kim tate joining forces with will taylor maybe will taylor help Kim tate get revenge on Andrea and belle dingle for Jamie tate I hope so I can’t wait for this,” someone suggested.

Emmerdale airs Monday, Wednesday and Friday at 7pm on ITV.