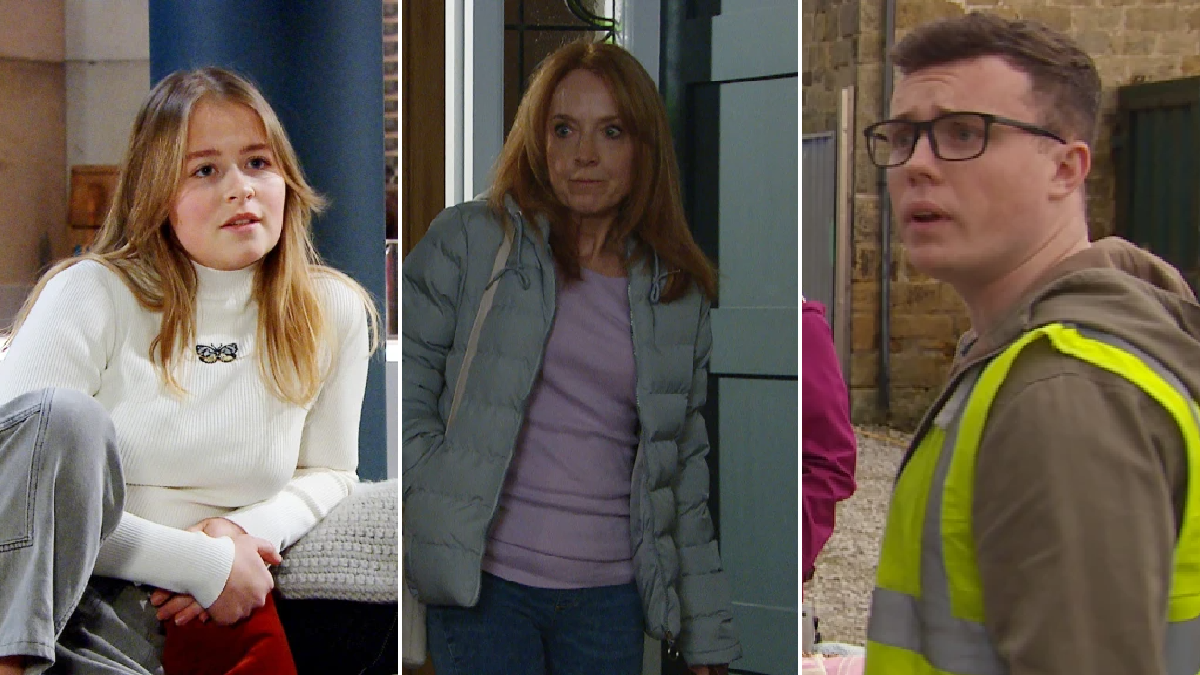 Vinny (Bradley Johnson) appeared suspicious of Sandra (Joanne Mitchell) at the end of tonight’s Emmerdale, having overheard a mysterious phone call between her and an unknown caller.

Causing havoc seemed to be Sandra’s main objective as she made a drunken scene in the graveyard, only to be discovered by Liv (Isobel Steele) and Gabby (Rosie Bentham) and taken home for a sobering nap.

Later on, Sandra waited until she thought Vinny was out of the house before picking up the phone to the mysterious caller, who appeared to demand money from her.

Determined to keep it a secret, she told a concerned Vinny that the caller was an old friend, though he didn’t seem too convinced.

Earlier, he made his feelings towards her clear, pointing out to Liv that she was a burden, before ultimately deciding that he’d stand by Liv with whatever she chose to do.

He kept his promise as Liv invited her mother to stay with them, despite having already expressed his concerns.

With Sandra acting secretive and making dodgy phone calls, will he end up regretting his decision?

Does Sandra want more from Liv than help to overcome her alcoholism and is Vinny set to discover what that is?