On Wednesday night’s instalment of Emmerdale, Manpreet Sharma (played by Rebecca Sarker) tried to patch things up with Charles Anderson’s (Kevin Mathurin) daughter Naomi Walters (Karene Peter) after accusing her of attempted murder. However, it seems as though Naomi has no intention to forgive Manpreet anytime soon. Could doctor Manpreet soon be left jobless as part of Naomi’s bitter revenge plan?

On Wednesday’s episode of the serial drama, Manpreet was at Charles’ bedside in hospital while he continued to recover from his injuries.

He told her: “The doctors will give me another exam this afternoon and they are expecting me to get given the all-clear.”

Charles then asked his beau if she had managed to make peace with Naomi, but Manpreet admitted there was still a rift between the pair.

“All you needed to say was that it was a silly misunderstanding,” Charles exclaimed. 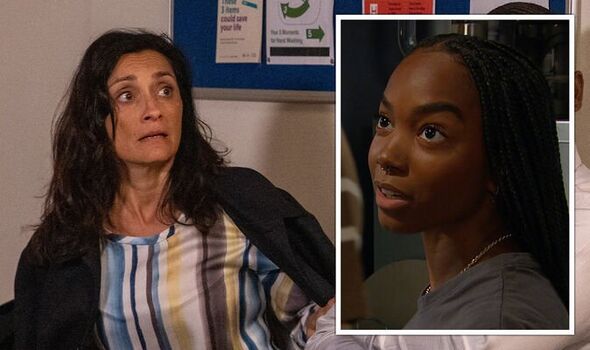 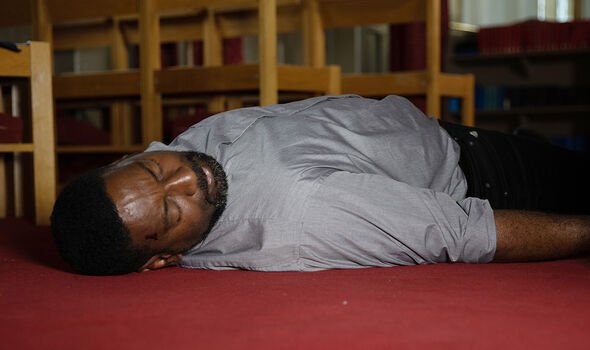 He has been trying to form a relationship with his estranged daughter and told Manpreet it was vital they all got along.

“It’s better if you go to work and leave me to sort this mess out,” he snapped at Manpreet who wanted to make amends with his daughter without Charles’ help.

Later on, Naomi visited Charles in the hospital but tensions quickly mounted as she said she did not want to go near Manpreet.

“She heard you shouting at me before she came into the church and seeing me injured brought back a lot of bad memories,” Charles explained. 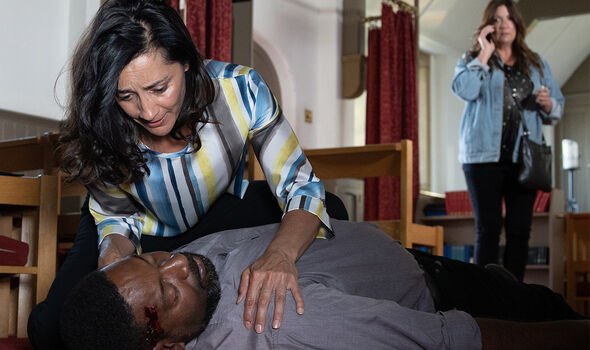 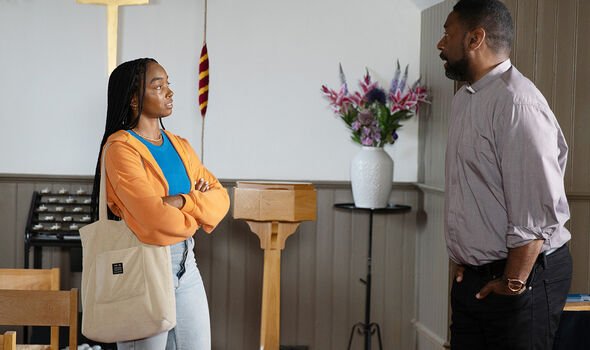 The situation got awkward when Manpreet burst into the room and was told to leave by Naomi.

Manpreet was ordered to head back to work as Charles and Naomi thought she was making matters worse by being there.

She was followed out of the room by Ethan Anderson (Emile John) who was a lot more understanding than his sister Naomi.

“It can’t go on like this because I could lose your father if this continues, I accused Naomi of attempted murder,” Manpreet added.

“I just heard her being aggressive with him and finding him unconscious on the floor really scared me.”

Later on, Naomi said she did not hold grudges and “wanted everyone to be friends”, but she did not sound sincere.

When Charles was finally discharged from the hospital Naomi asked to move in with Ethan to be closer to her dad.

The women soon clashed as Naomi warned Manpreet she could be a danger to her father “in her condition”.

The newcomer revealed she had no intention of starting afresh with Manpreet and she might do everything in her power to ruin the doctor’s life.

“You put me through a night of hell and I’ll never forgive you for that,” Naomi fumed. “You better get used to me being around.”

Will she find a way to get Manpreet struck off from work in upcoming episodes or make Charles break up with her?

Emmerdale airs on weeknights at 7.30pm on ITV.