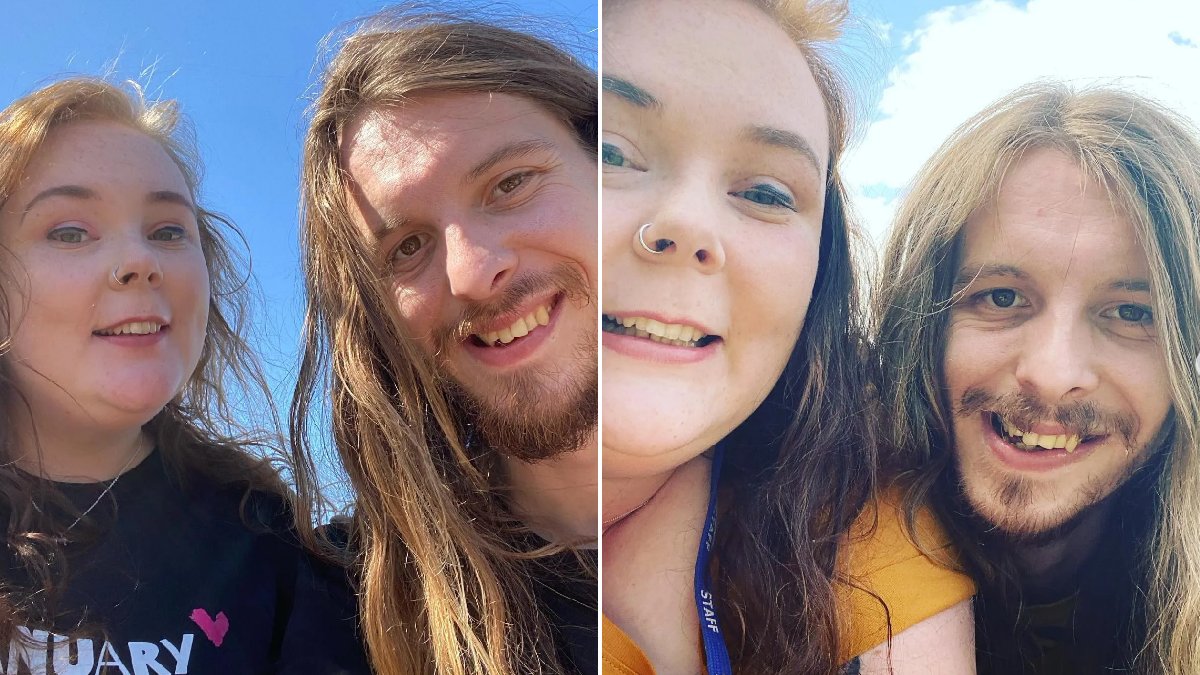 The 29-year-old actor, who plays Charity Dingle’s son Ryan in the ITV soap, revealed the heartwarming news on Instagram with a trio of extremely cute selfies.

In one photo, James and Sophie beamed with joy as they both pointed to her pink engagement ring adorned on her finger.

In another picture, the happy couple posed for a photo with their cat, while the third saw Sophie flash the sparkling jewel at the camera as she gasped with enthusiasm.

James’s co-stars were over the moon by the exciting announcement and rushed to send their messages of congratulations.

Amy Walsh, known for playing Tracy Metcalfe, said: ‘This is the best news! Congratulations to you both 🙌❤️’

Mike Parr, who plays Ross Barton in the ITV soap, added: ‘Go on my son x’

James and Sophie have been dating for almost three years.

On their second anniversary, he shared a sweet tribute thanking his other half for her ‘support and encouragement’.

‘2 years. I can’t believe it,’ he said. ‘We’ve had 2 amazing, happy, incredible years together. We’ve come so far from where we started.

‘We live together, we have our own little fur baby, and we are stronger than ever.

‘I’m so thankful for your support and encouragement and just pure, absolute love that you give me each and every day, and I can’t wait to make some new memories with you in the years to come. Happy anniversary, I love you.’

James has starred in Emmerdale since June 2018. In 2019, he was nominated for best newcomer at the British Sap Awards as well as most popular newcomer at the National Television Awards.