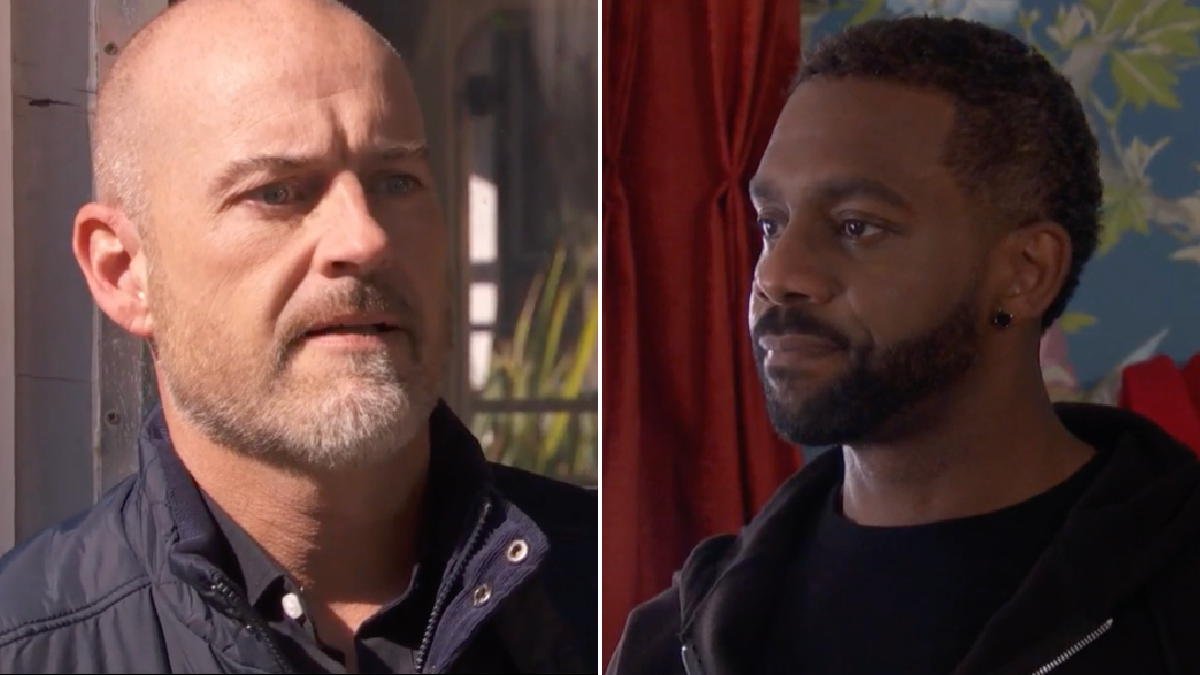 It’s not often that Fergus Collins (Robert Beck) is lost for words in Hollyoaks, but the twisted property developer was rendered well and truly speechless when he set his sights on Felix Westwood (Richard Blackwood).

Viewers will remember that Fergus – upon realising Felix was to blame for sabotaging his drugs deal – demanded that Warren Fox (Jamie Lomas) kill him.

Warren, who was very much under Fergus’ spell at this stage, agreed to do so, and thus he kidnapped his former pal, and moved him to a remote location in the woods before pulling a gun on him.

Felix begged for his life, before settling for a phone call with Martine (Kelle Bryan), in which he fulfilled his promise to her and proposed.

Warren pulled the trigger, and later told Fergus that the mission was complete. But there was a clever twist in store, as a flashback during the very same episode revealed that Joel Dexter (Rory Douglas-Speed) had tracked his dad to the woods, and prevented the bullet from hitting Felix.

The priest and Felix appealed to Warren’s better nature, desperately trying to make him see that Fergus is manipulating him, and their efforts proved successful.

Warren, having finally seen Fergus for who he is, decided to do whatever it takes to bring his partner down. Felix, meanwhile, went into hiding, hoping to lay low until Fergus was caught.

But with Martine in need of his help, Grace Black (Tamara Wall) called Felix and asked him to come back to the village during Tuesday’s (November 9) offering of the Channel 4 soap.

Martine was overwhelmed to see her fiancé. Felix, however, could’ve sealed his own fate, as – in spite of his efforts to remain hidden – Fergus spotted him!

Fergus vowed revenge, evidently set on murder. The question is: will he succeed? And what’s more, will he realise that Warren lied to him about Felix’s fate?

11/09/2021 TV & Movies Comments Off on Felix dead in Hollyoaks as Fergus kills him after discovering he's still alive?
Recent Posts