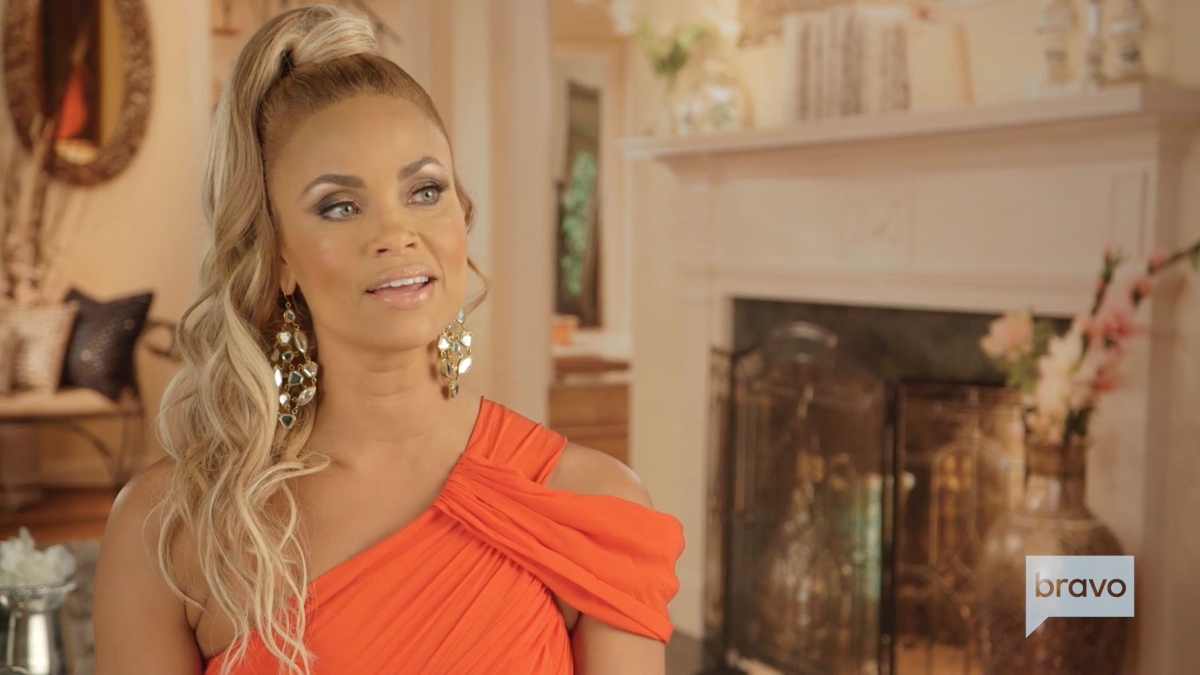 Gizelle Bryant is known for throwing plenty of shade on the Real Housewives of Potomac.

However, don’t think for a minute that this is only reserved for her castmates.

The green-eyed beauty is never one to hold her tongue.

And during a recent podcast interview, she had a lot to say about RHOP and delved a bit into the Beverly Hills franchise.

The mom-of-two recently sat down with another Bravo reality personality, Lala Kent from Vanderpump Rules.

Lala and her fiance Randall Emmet invited Gizelle on their podcast, Give Them Lala with Randall to dish about the housewives.

During the interview, talks turned to The Real Housewives of Beverly Hills, which has been criticized by fans for not bringing up issues on that show that have been in the media.

And Gizelle seems to agree.

“I feel like The Real Housewives of Beverly Hills… I love those ladies, I think that they are funny and they’re dripping in diamonds and pearls, but they argue over literally nothing, like zero which is fine,” she says.

As for RHOP, the 49-year-old says, “We couldn’t get away with that if our life depended on it.”

During the interview, Gizelle also dished about her own franchise RHOP.

The show is now in its fifth season and the five season alum dished about how the show has changed over the years.

“You know, Season 1, we were really kind of like lightweight and it was never anything that was too out of bounds. However, as time goes by… stuff gets leaked to the press. So, once it’s public in regards to press, we’ve gotta talk about it. You can’t not talk about it.”

Unlike the Beverly Hills cast,  fans have been applauding the RHOP women for not being afraid to delve into serious issues from their personal lives.

“That’s kind of where the seasons have changed and the information has changed,” says Gizelle.

“It’s kind of like ‘I can’t sit here and act like I haven’t read the blogs because now I know all about your husband and what he’s doing.”

One example she gave was from last season when the world found out that fellow castmate Karen Huger and her husband Ray were having tax issues.

“You know with Karen and her whole tax thing, that was in the Washington Post that her husband owed the IRS like $5 million. There’s no way we can’t talk about it. I have to talk about it.”

The Real Housewives of Potomac airs Sundays at 9/8c on Bravo.

09/01/2020 TV & Movies Comments Off on Gizelle Bryant throws shade at RHOBH cast, says they argue 'over literally nothing'
Recent Posts