Good Morning America has become one of the most beloved morning news shows around the country largely due to its anchors, Robin Roberts, Michael Strahan, and George Stephanopoulos.

However, they have several talented journalists all around, and when one of them has to take a backseat, there are several who can capably step in.

On the latest installment of the show, Robin and Michael were absent, and Gio Benitez, the show’s transportation correspondent, stepped in.

He hosted the main show alongside George and Amy Robach, who has been filling in for Michael over the past week and usually appears on GMA3 with TJ Holmes and Dr. Jennifer Ashton.

What made the moment special was that it marked Gio’s first time sitting in the anchor’s chair, which was acknowledged at the top of the show. 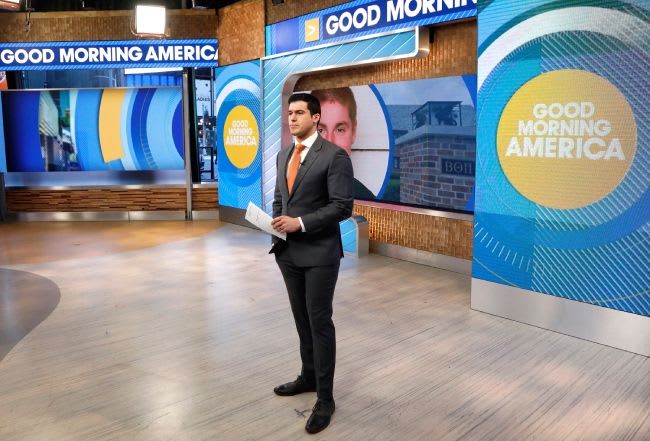 Gio stepped in for his first go as main anchor

While discussing the super moon, Gio said: “The super moon, sitting here with super friends, it’s an exciting morning,” with George mentioning that it was his first shot and the two welcoming him.

The rest of the show proceeded as smoothly as always, although Gio alluded to the early shift involving a rough morning start.

With a video he shared on Instagram the morning of his debut, he revealed that he’d had to wake up at 3:45AM to get ready, which did not bode well for his husband Tommy DiDario.

“I draw the line at 5am. 5 am = I’m functioning. Before 5 am = love you but [silence emoji]” he commented while also filming his husband prepare his morning smoothie in advance, but others were super excited to see him on.

Ginger Zee excitedly commented: “See you then!” while a fan wrote: “Tomorrow morning’s gonna be WILD,” and another also said: “Love seeing you anchor in the morning! Can’t wait!”