GOOD Morning Britain's Richard Madeley asked Christine McGuinness if men come on to her during an awkward debate about social kissing today.

The model, 31, was forced to remind the 63-year-old host that she is married as they clashed over whether giving a person a peck on the cheek when you meet should be banned. 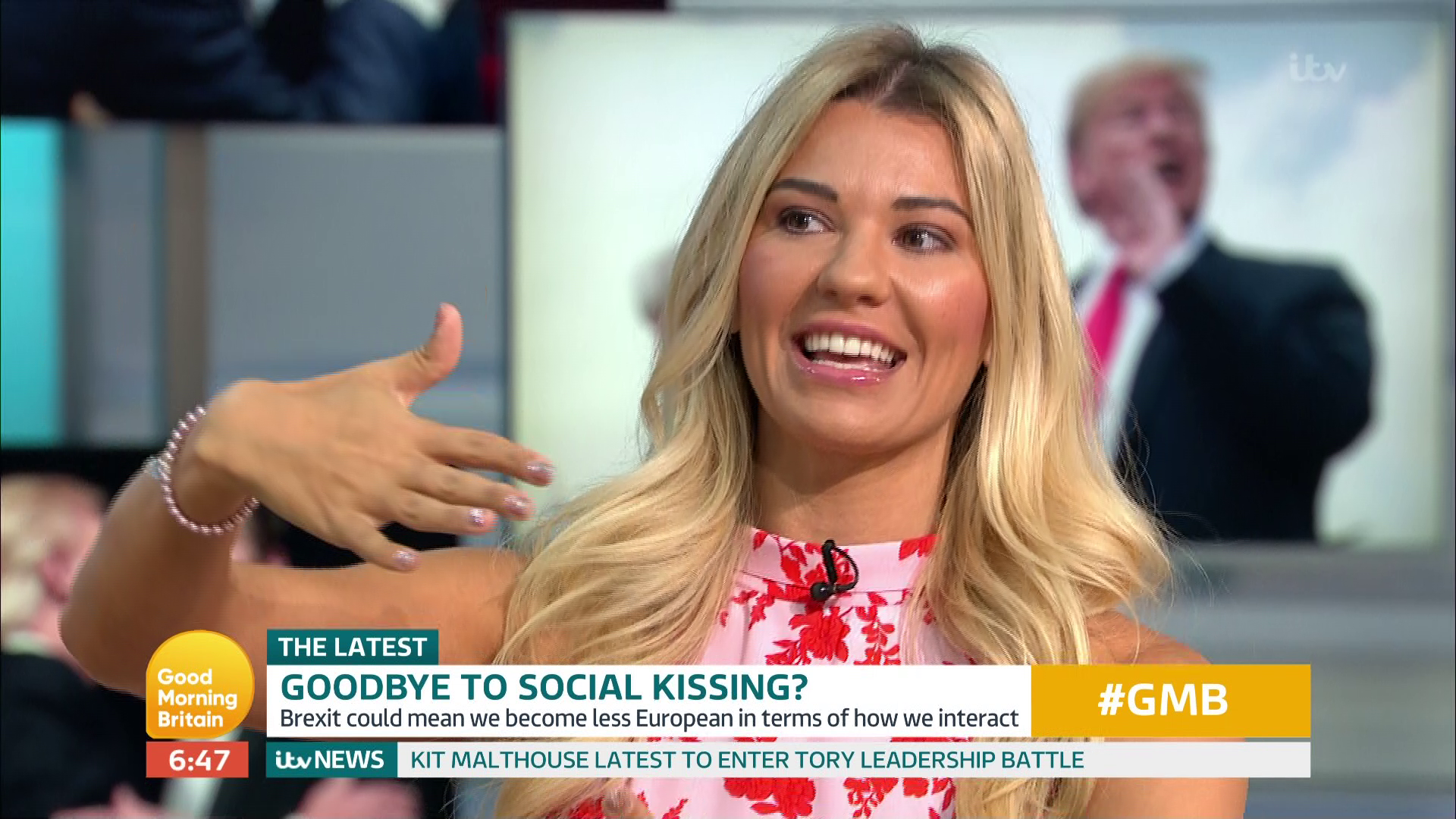 Christine is married to comedian Paddy McGuinness, 45, and defended hugging and kissing during social gatherings.

But Madeley and Lifestyle expert Ellen Scott insisted that Brits should stick to just giving a traditional handshake.

The host, who is often compared to Steve Coogan's alter ego Alan Partridge, then stumbled over his words as he asked bombshell Christine: "Christine, you're here to say that it's great.

"But there must have been times when men have approached you for, there, you know, the kiss, and it's not innocent. They want to get close and personal?" 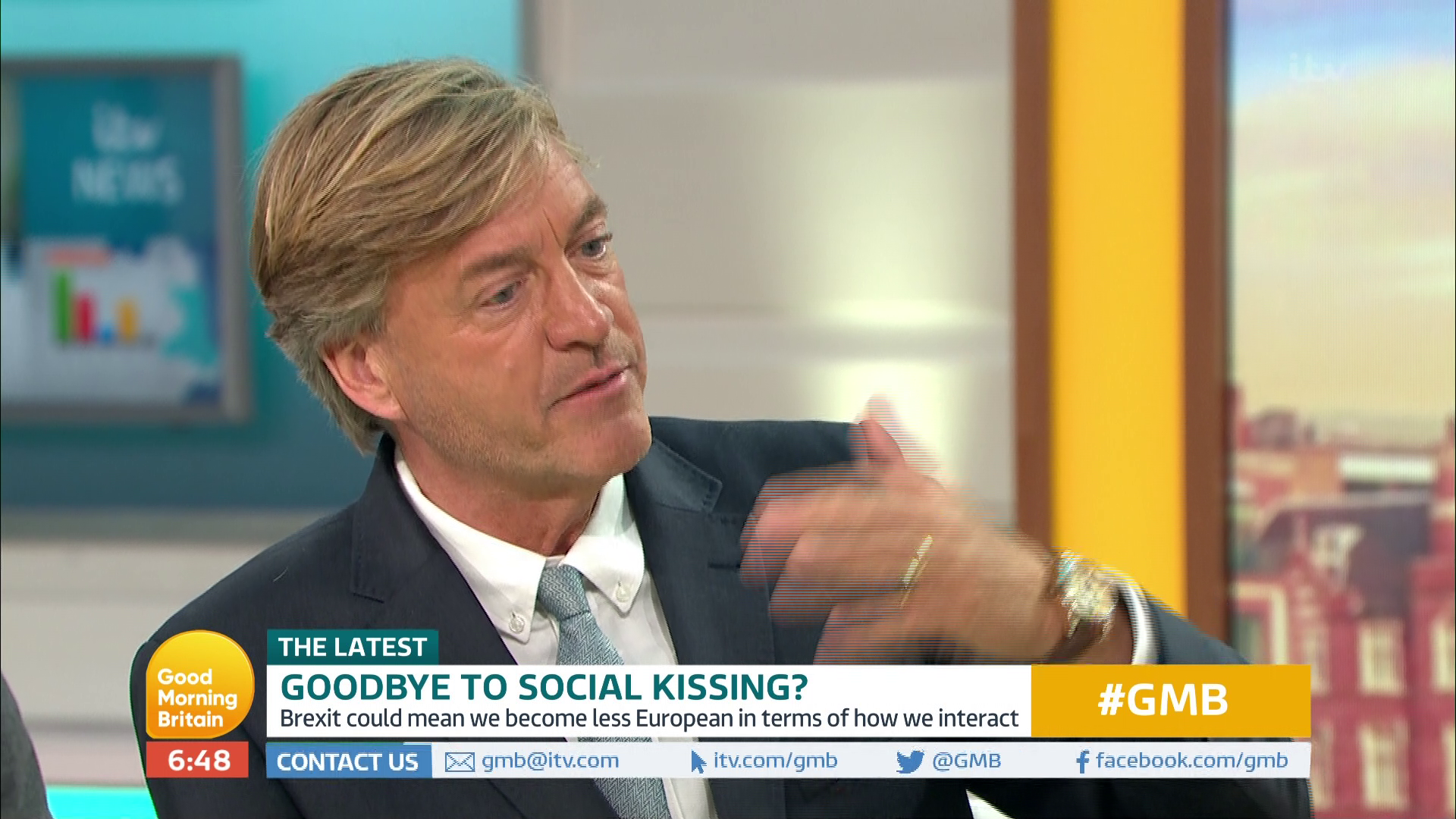 She replied: "No not at all. I'm married, I've been with my husband for 12 years. And I think that's quite clear."

However, shocked Christine stood firm as she replied: "I know but I don't think men would even approach me in that way. Greeting someone I think it's lovely to give them a kiss and a cuddle. I think it's a really nice, warm welcome." 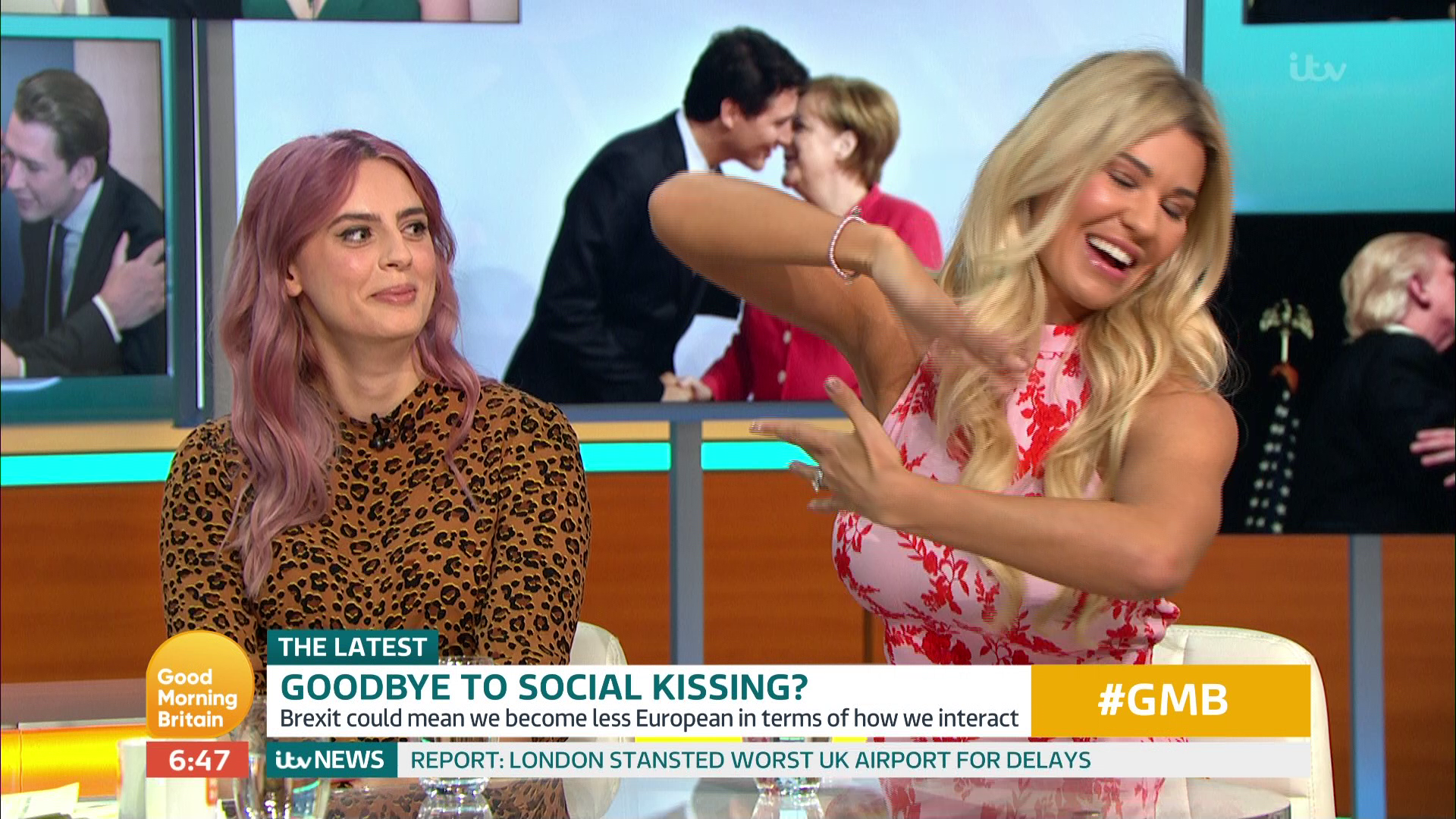 She added: "Sometimes people really need a cuddle. It's nice!"

Charlotte Hawkins then stepped in and suggested that there could be other times when people would not kiss, such as during business meetings.

Christine persisted and demonstrated how she greets people in a social setting.

Madeley couldn't get his head around people being more tactile and said it was down to his old age. 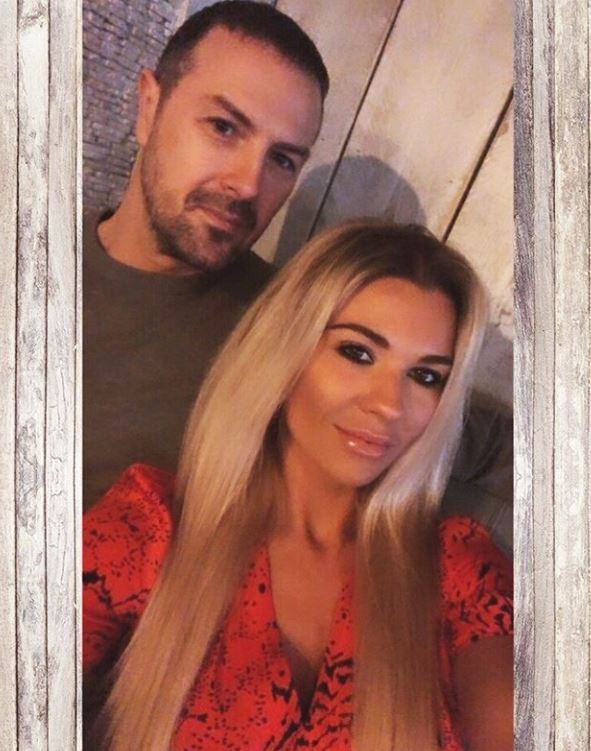 He went on: "I remember when people started to hug and kiss. When it started to happen it all felt a bit odd. Like we were copying the French and Italians.

"I'm sorry to sound xenophobic but it's not a naturally British thing to do."

Lifestyle expert Ellen Scott agreed and told viewers she'd rather "wave" at people she meets rather than hug, kiss, or even shake hands. 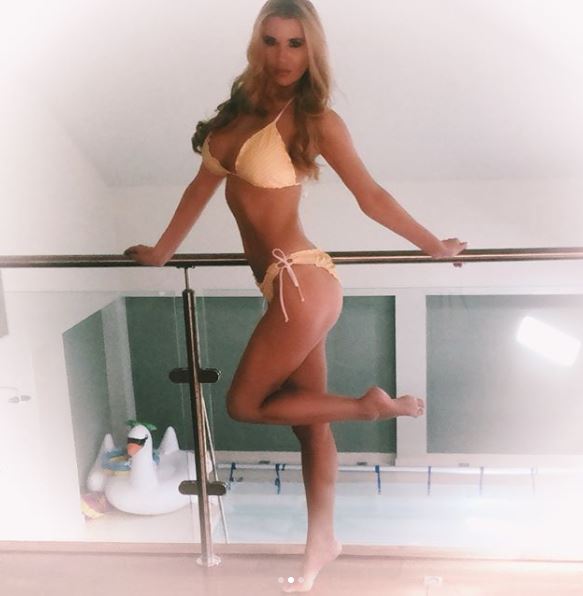 Christine married Take Me Out host Paddy in 2011 and the couple have three kids.

They live in a £2million Cheshire mansion and Paddy recently made £367,000 from turning an old pub into five flats.

He converted an old boozer, which had been empty since 2007, in his hometown Bolton.