On Monday evening, BBC One aired the first of a three-episode documentary series following climate activist Greta Thunberg across the globe in her efforts to promote the urgency for greener ways to prevent climate change. Picking up in 2019, the series titled A Year to Change the World follows Greta and her father Svante as they embark on a worldwide tour to spread their message. However, speaking to the BBC cameras, Greta and her father both touched on the “dark moments” which have arisen as a result of her efforts – including death threats.

The moment occurred in the first episode of the series as Greta arrived in the USA before heading to South America.

Back in 2019, Greta was penned in to talk at the UN Climate Conference in Santiago, Chile.

But addressing the divisive nature which faces climate change in the States, Greta touched on how the issue can come across as skewed in the media.

“People don’t want to talk about the climate so they make it about me,” she told the BBC docu-series. 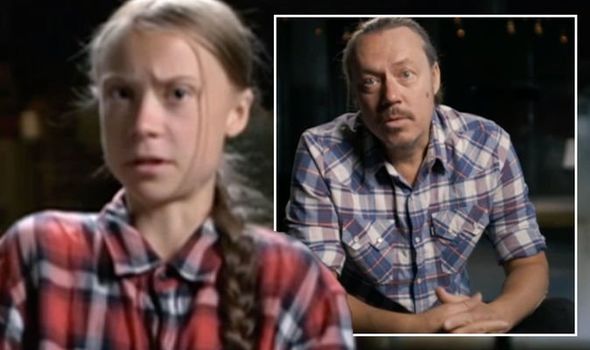 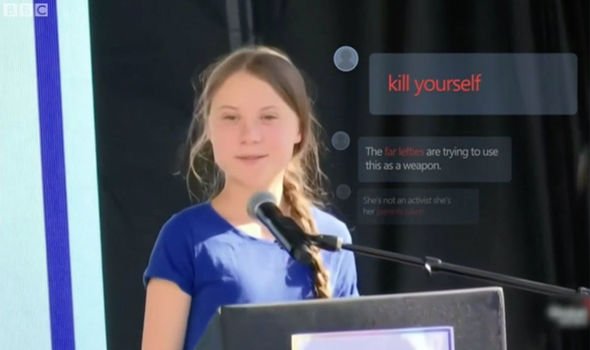 What followed was a clip of former President Donald Trump at one of his campaign rallies as he ran for a second term in office against now-President Joe Biden.

“Greta, you know Greta?” Mr Trump said to his thousands of followers who began to boo while he shook his head on stage.

“I’m such a public figure and everything I do gets completely twisted,” Greta added.

“People spend all their time online spreading conspiracy theories and send death threats to me and my family.” 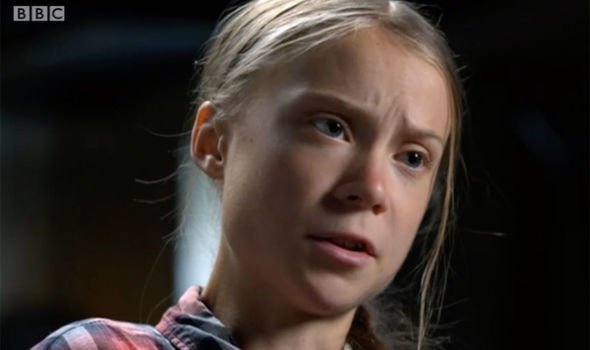 Svante weighed in with his own thoughts on the hostility sent not just his daughter’s way but to himself and the entire family.

“There have been some dark moments,” Svante began.

He then revealed how he’s suggested his daughter stop her high-profile campaign as a result.

However, Greta remained adamant in the documentary that the cause outweighed the hate she is on the receiving end of.

“I don’t mind the hate,” Greta said. “I don’t care what people say about me.

“It’s just when it becomes physical and when it starts to affect my family, that’s a whole different story.”

Noting the unique situation she has landed in, she added: “Not many have experienced this at such a young age, so yeah.”

During her and her father’s candid relations, a number of text messages popped up on-screen with some of the words sent her way.

“She’s not an activist, she’s her parent’s pawn,” read one message, with a second blasting: “The far lefties are trying to use this as a weapon.”

And a third shocking message sent to the 18-year-old simply read: “Kill yourself.”

Greta Thunberg: A Year to Change the World continues on Monday on BBC One or the entire series is available to stream on BBC iPlayer now.