Spoiler alert! Do not proceed if you have not watched the season 17 finale of Grey’s Anatomy.

After a season of hardship,emotional reunions and tragic loss as the doctors at Grey Sloan battled COVID-19, Grey’s Anatomy closed out its 17th season on a joyful, celebratory note — a rare move for a medical drama known for its signature jaw-dropping twists. But it wouldn’t be Grey’s without a little bit of drama to tide us over until season 18.

While as one couple said “I do” and another got engaged, a third saw their once rock-solid relationship crumble before their very eyes. Thankfully, for once, we didn’t have to worry about Meredith, who appeared to be on the mend in her COVID recovery, as she spent Thursday’s months-spanning finale — which caught us up from late 2020, when Meredith woke up from her COVID coma, to April 2021 — helping a young woman dealing with devastating side effects from COVID-19 and successfully completing a double lung transplant to save her.

As the finale revealed through the months, a lot happened at Grey Sloan. From Teddy getting COVID, to Link’s plans to propose to Amelia, to Owen stealing the thunder at Christmas and proposing to Teddy, to Koracick buying Jo’s shares of her stake in Grey Sloan, to Maggie and Winston’s beach wedding (so that‘s why Meredith was at the beach!), there were several major life changes that will surely shift the dynamics when the new season kicks off in the fall. Plus, welcomed appearances from former series regulars Jesse Williams and Greg Germann via video chat, whose characters moved to Boston, were nice cappers to a tumultuous season.

As Grey’s star Kelly McCreary said of the finale, “The fans are going to feel the way that we felt making it, which was we made it through a tough season, a tough season of life [which] many of us are very much still [in] and we managed to find some joy and we managed to have some love. And yet there is still heartbreak, yet there was still grief and I think that we do a great job at holding all of those things at the same time. The finale will feel as hopeful about the future as I think many of us in real life feel right now, that things will improve and can improve and we have seen improvement and we’re investing in that.”

With Grey’s now on summer hiatus, here are the biggest unanswered questions from the finale heading into season 18.

1. Are Amelia and Link done after she rejects his marriage proposal? For months, Link had planned to pop the big question to Amelia and he finally did it at Maggie and Winston’s beach wedding, even going so far as buying four different rings because he wasn’t sure of her preference. But when he asked her to marry him, her answer — or lack of one — wasn’t exactly what he was hoping for. After the unexpected rejection, he turned to his BFF, Jo, unsure of where he stands with Amelia and what their relationship status is in the long run. Are they doomed? 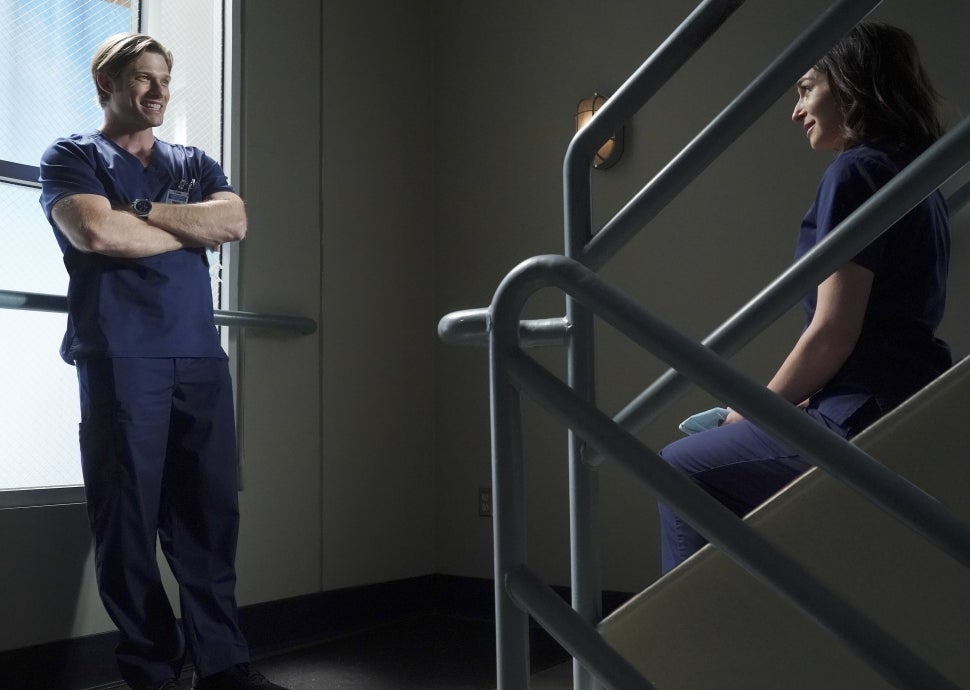 2. Will Teddy and Owen actually make it down the aisle? Their relationship has been a controversial one (Owen even acknowledged it in his speech), but they appeared to finally be on the same page again. So much so that over the Christmas holiday, Owen asking Teddy to marry him (in front of his ex, Amelia, not to make things even more awkward), to which she joyfully accepted. Of course. With their rocky history, however, will they actually make it to their wedding day?

3. What’s next for Meredith? She spent the first several months after waking up from her COVID coma heading up the residency program and laying low, at the request of Bailey. But when she and Teddy successfully completed a double lung transplant on a COVID patient, it seemed like the first step to Meredith getting back to her old self and things at Grey Sloan going back to normal-ish. The flirty banter between Meredith and Cormac was back in the finale, if not to remind us that they have a unique spark. So what is Meredith’s next chapter as she gets back into the swing of things again?

4. Will married life be nice to Maggie and Winston? Their romance was fast and hot, and now newly married, what will this mean for the latest couple to call themselves husband and wife? While we’re always rooting for love to prevail, it is Grey’s so what complications will they be faced with as they navigate this new chapter together?

5. With Jo on her way to adopting Luna (officially), she sells her hospital shares to Koracick, which adds a whole new wrinkle of issues. As Jo revealed to Bailey that she decided to sell her stake in Grey Sloan to the most unexpected person ever, Koracick, giving him a seat at the table (from afar), it throws Bailey for a loop on what this could mean for the hospital moving forward. “It’s easy to push for change when you don’t feel the consequences,” Koracick says over video chat. “I wanted skin in the game. You won’t even know I’m here, aside from board meetings and expense reports, weekly progress reports…” For some reason, we think Koracick is going to drive Bailey nuts with his ambitious game plan. (But honestly, who’s excited to see Jo thrive as a mother?)

6. Will there be more reappearances from past Grey’s cast members in season 18? With the numerous cameos from beloved past Grey’s stars this season, naturally the door’s been opened for the possibility for more familiar faces to pop back up. Could this mean more special guest stars in the new season? And with the finale ending the way it does, are we back to classic Grey’s storytelling that’s not driven by the pandemic?

For more on Grey’s Anatomy, watch below.