THIS is the hilarious moment Gordon Ramsay is egged by his daughter.

Cheeky Tilly, 19, got the best of her TV chef dad for a TikTok magic trick prank. 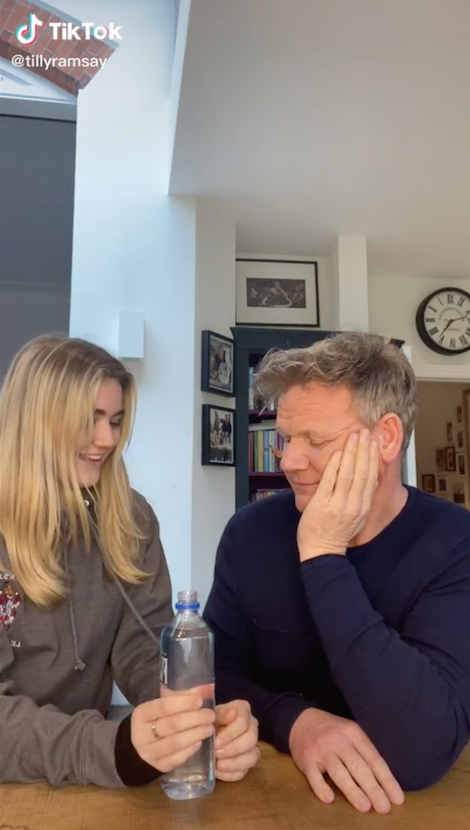 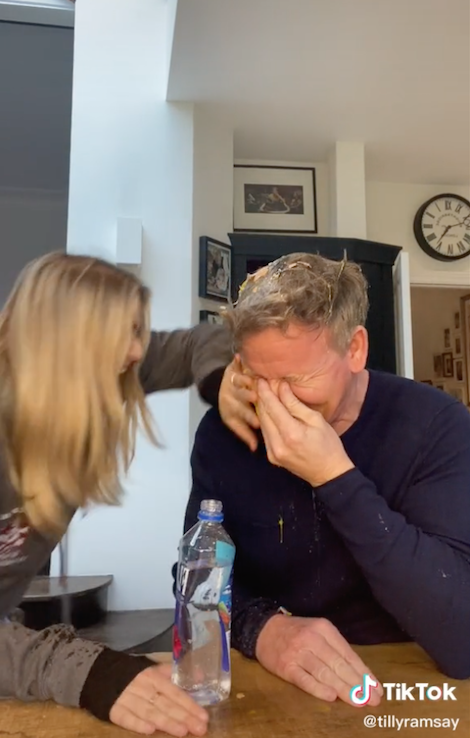 Sharing the clip online yesterday, the teen joked she is "still running far, far away" to avoid retaliation.

And fans have applauded her bravery as they're left stunned the Hell's Kitchen star, famed for his bad temper, burst out laughing afterwards.

One said: "The only person in the world who could pull this on Gordon and live." 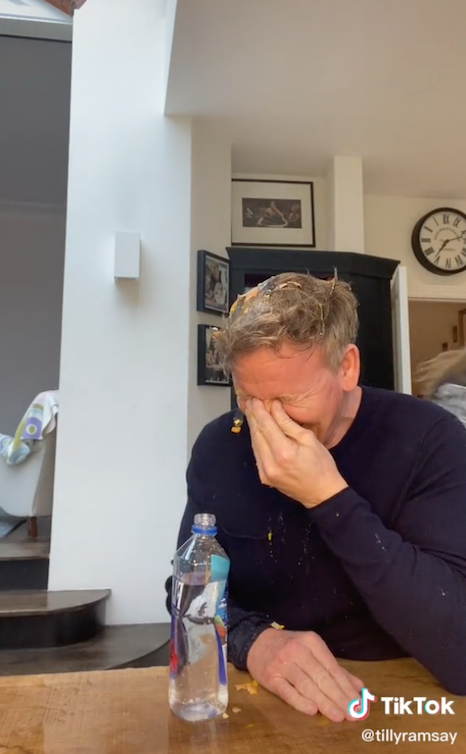 Another added: "He took that like a champ, well done."

And a third wrote: "She’s literally the only person on earth who could do that to Ramsay and get away with it."

Meanwhile, fans were convinced he faked a Scottish accent as he screamed "come away tae Falkirk" over an Irn-Bru concoction.