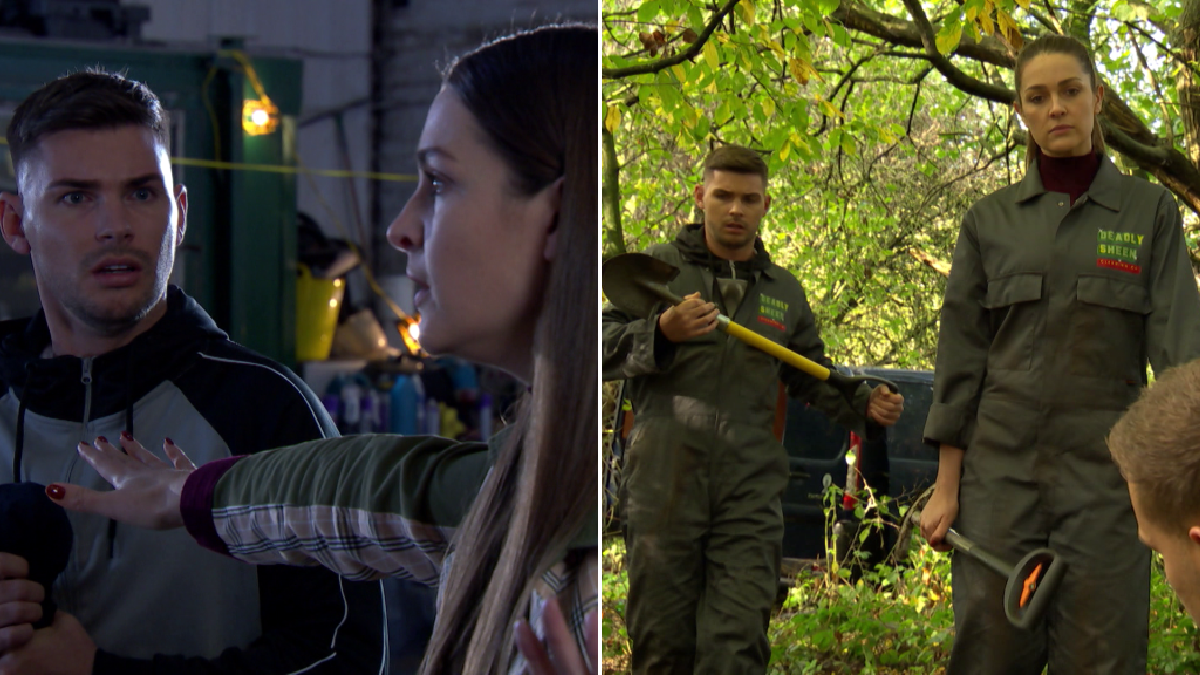 Sienna Blake (Anna Passey) and Ste Hay (Kieron Richardson) will have a dead body to deal with in Hollyoaks – but for once, both of them are blameless.

The pair are used to corpses but as blackmailing Ethan turns the screws on them, they are forced to make a very dangerous deal which lands them in huge trouble.

After losing their cleaning van on the night of the explosion, Ste and Sienna go on the hunt to find it.

However, they get more than what they bargained for when they find Ethan in the
driving seat, and a dead body in the back.

To save themselves from getting killed, Sienna has a proposition for him – they’ll get rid of the body.

However, the more involved they get with criminal Ethan, the more danger they find themselves in.

Let’s start 2022 with a bang… and of course that means some unmissable, EXPLOSIVE MOMENTS!! ð± Get ready, ’cause a few of your #Hollyoaks faves are running out of time… â°ð¥ #HollyoaksNewYearTrailer #HollyoaksOutOfTime pic.twitter.com/1qQ8zVV6yU

In a new trailer, they are later seen in the woods as Sienna digs a hole and Ste handles the body.

But will they find themselves implicated in the murder? Ethan has another hold on them and it can’t end well.

it’s a dramatic start to the year for Sienna too as Warren Fox (Jamie Lomas) blames her for the stalking campaign against him.

Reckoning Sienna is behind it, he prepares to confess to the murder of Brody.

Is Sienna set to get the shock of her life?