Warning: The following details the events of Cheer Season 2, Episode 5 and beyond.

When Cheer Season 2 kicks off, coach Monica Aldama and last season’s breakout cheerleaders are grappling with fame and the opportunities that come with it.But by Episode 5, a far less complimentary type of media attention takes over.

Those viewers who expected the Netflix docuseries to edit around Jerry Harris until the fifth installment addressing his arrest on federal sexual misconduct charges might be surprised by just how much he figures into the early episodes. There’s no hint of what’s to come in Jerry’s behavior as he rejoins the Navarro College cheer ranks, but his bubbly presence now feels unnerving. Also ominous: the looming COVID-19 pandemic, which eventually brings the team’s practices to a halt and temporarily hits pause on their rivalry with nearby Trinity Valley Community College.

When practice resumes in August 2020, it’s a whole new world: The athletes have to be regularly tested for COVID; several faves like Lexi Brumback and Morgan Simianer do not return to the team; and Monica hands over the reins to a new assistant coach while she fulfills a dream by competing on Dancing With the Stars. But the biggest challenge comes when the sexual misconduct allegations against Jerry surface in the news in September 2020, leaving his teammates shocked and devastated. 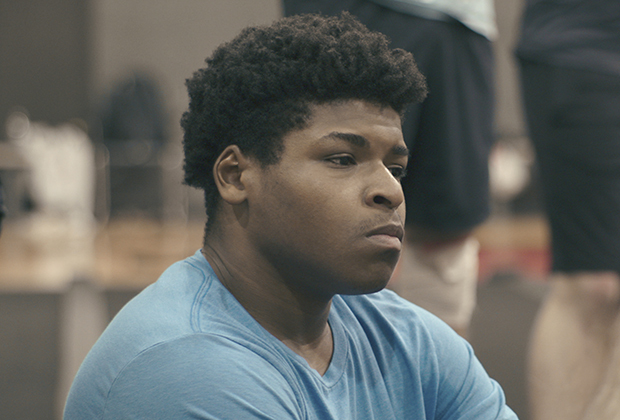 Upon getting the call about Jerry, “my heart completely sank,” Gabi Butler recalls in Episode 5. “I, honestly, thought I was living in a bad dream. I could not wrap my head around any of that. I felt like someone had just, like, died.”

Jerry’s good friend James Thomas was also “blindsided” and feels like he “could have helped stop [him] or guided him somewhere else” if Jerry had ever said anything to him, while La’Darius Marshall, who found out via Twitter, has some choice words: “If I ever would have known about any of this stuff, I feel like it would have been worse than him going to jail. I don’t care how famous you are, I don’t care how much money you got, I don’t care how much people love you, that don’t give you the right to do stuff like this, especially when one of your best friends you know went through something like that.”

Monica, meanwhile, was on the DWTS stage in dress rehearsal for the first live show when an executive producer asked her if she had seen the news. “It was like an out-of-body experience at the time. I felt like I couldn’t breathe,” the coach shares. “We had a team meeting that night, and it really felt like a funeral.”

Two of Jerry’s victims, twins Charlie and Sam, then detail how they were harassed by the now-famous cheerleader online and in person. In December 2018, Charlie received a message from Jerry’s private Instagram account, asking how old he was and requesting “butt pics” from the minor. Charlie explains that he sent the photo because he was “blindsided by [Jerry’s] notoriety.” Charlie also describes Jerry cornering him into a bathroom stall and “begging” him to have sex at a cheerleading competition.

Sam then also started to receive messages from Jerry, leaving the brothers to feel like they were alone in their struggle. Not wanting to lose their cheer friends, who all loved Jerry, Charlie and Sam chose not to speak out, even after their mother Kristen learned about the harassment (which also included a private Snapchat video that Jerry sent to Charlie of himself masturbating). But when he saw President Biden chatting with Jerry, Charlie “lost it,” he shares, and he went to his mom to do something. Kristen spoke to the co-owner of Jerry’s gym and filed multiple reports on the USASF site to no avail until she contacted the FBI and connected with two USA Today reporters.

When Charlie and Sam went public with their allegations, all sense of community was ripped away from them, the boys recall. Despite that, neither one has any regrets about coming forward and would do it again. “I want to be the start of the change in cheer,” Charlie says.

Taking in all that has come to light about Jerry, some of his former teammates are left with mixed feelings. “I don’t agree with what he was accused of or condone it at all, and it is very unfortunate and it breaks my heart, but it’s literally like your family. How are you going to just hate your family?” Gabi says, breaking down. “I can’t turn my back on him, because he was there for me when I needed it.”

The revelations also took a toll on Coach Monica, who describes crying herself to sleep and feeling emotionally torn because she loved Jerry like her own child. Around the same time, she was quarantining after testing positive for COVID and trying to avoid a swarm of negative social media comments attacking her. (Lawyer/advocate Sarah Klein says she has no sympathy for the coach, who should have said, “I stand with those children.”) Asked how the Jerry situation affected Monica, James surmises that it probably broke her heart, too, “but honestly, I have no idea because she wasn’t here with us,” he says pointedly. (Her absence also seems to lead to a falling out with La’Darius, who — spoiler alert! — quits the team and starts making not-so-thinly veiled jabs at Monica on social media.)

As for Jerry, his legal team did not agree to be interviewed on camera, and he remains incarcerated pending trial. While we don’t hear directly from Jerry, Monica reveals that he wrote her a letter, which caught her off guard with its optimism and, perhaps most shocking of all, Jerry’s hope to one day be a… motivational speaker?!

Cheer viewers, how did you feel about the way the show handled the Jerry situation? Hit the comments to weigh in.