Fantasy and science fiction currently make up a disproportionate amount of the world's biggest mainstream films and TV shows, from Game of Thrones to The Avengers: Endgame. And while most can trace their inspirations back to legendarily geeky sources, like Lord of the Rings and Marvel Comics respectively, their popularity has also led to something of a revival for the king of all nerdy past-times.

Dungeons & Dragons has never gone away but it now has more global players than ever, spurred not only by the general fantasy renaissance but also its explicit inclusion in shows like Community and — most recently — Stranger Things. 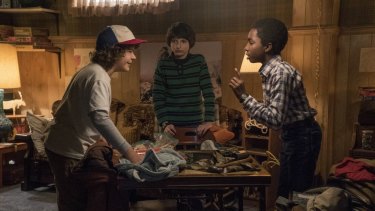 Stranger Things was inspired by D&D, and has in turn been made into a D&D adventure.

As a storytelling game, D&D has long appealed to writers and creators, and so has often inspired or appeared in film, TVs and music. Yet the growth the game is currently seeing is unmatched, even compared to its '80s heyday, according to Dungeons & Dragons creative director Mike Mearls.

"I think what might be different this time is that we're really seeing D&D break into more mainstream culture. We're getting more people now who 10, 20, 30 years ago we would not have thought of as gamers, people who were sort of outside that sphere of geekdom," Mearls says. 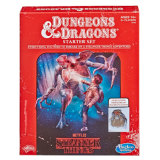 "As geek culture is becoming demystified by the internet, you have so many people who grew up loving comics, loving science fiction and fantasy, and they're now the ones crafting mainstream entertainment, and they're bringing that stuff and placing it in the mainstream. We're seeing a lot of people now who [in the past] would never have been exposed to D&D."

And it's not just retro-inspired TV shows like Riverdale bringing the game to new audiences through their screens. D&D's personality-driven and performative aspects have seen it become a hit on live-streaming services like Twitch, where viewers have watched for a combined total of more than 1.5 billion minutes.

There are of course also countless video games inspired by D&D, but the reason they haven't supplanted the original comes down to the social dynamics of the tabletop game. The ability for players to create the experience and set the pace and rules even as they play through is D&D's defining feature, and the reason it's such a natural way to frame stories about groups of friends on a fantastical adventure, like Stranger Things.

And it seems that inspiration goes both ways, with Wizards of the Coast (the Hasbro-owned creative force behind Dungeons & Dragons) recently announcing a D&D starter kit themed after the Netflix show. The set gives players access to an original adventure designed to resemble the one played by Stranger Things' main characters, and although it offers something new for seasoned adventurers Mearls says it's also specifically targeted at those who may be interested in discovering the game after watching the show. 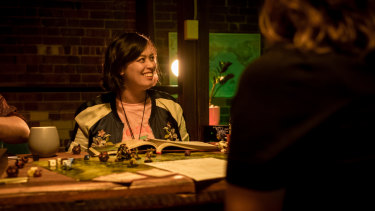 "One of the design directives was to make a single adventure you could play in a couple hours, that would give you a nice broad, diverse array of the different set of challenges that you might encounter in a game of Dungeons & Dragons," he says, adding that the door is open for further adventures and campaigns that draw on pop culture.

"I like to say that every generation gets the Dungeons & Dragons that they need. The game has to evolve, we can't get too focused on what we did in the past. And I think part of that is finding more ways to appeal to a larger and larger audience."

05/27/2019 TV & Movies Comments Off on How Dungeons & Dragons inspires, and feeds off, the rise of geek culture
Recent Posts