Freelance animator Marcus Kliewer was already having a rough year when the pandemic hit. Supported by a Canadian unemployment program, the Vancouver resident decided to pour his energy into writing short horror stories and posting them on Reddit’s r/nosleep community.

The 28-year-old posted his first story of the pandemic in September. Three months later, his work was discovered by Ground Control Entertainment’s Scott Glassgold. In June, Netflix announced a screen-rights deal for his story “We Used to Live Here,” with Blake Lively attached to star and produce alongside Ground Control and Matt Reeves’ 6th & Idaho.

“If it wasn’t for CERB (the unemployment program), I would be landscaping right now,” Kliewer told IndieWire. “Instead, I was writing six days a week full time.”

Kliewer said he also made a two book, high-six-figure deal with a major publishing company; he’s not saying which one, since it’s yet to be announced. The subreddit r/nosleep didn’t just give Kliewer his break; it laid the foundation for the career of his dreams.

Kliewer is part of a growing group of writers who find their big breaks through online mediums that largely circumvent traditional industry gatekeepers. Their success is fueled by executives’ appetite for unicorn IP: material that is proven — in this case, through Reddit upvotes and Kliewer’s strong following on the subreddit — but still feels fresh. It’s the same phenomenon that led a viral Twitter thread to be adapted into “Zola.”

Kliewer is the second r/nosleep discovery this year that Glassgold (“Prospect”) helped turn into a Netflix project. He first read attorney Matt Query’s r/nosleep series “My Wife & I Bought a Ranch” in July, at the suggestion of Query’s screenwriter brother and Glassgold collaborator Harrison Query. Less than a week later, the package was the subject of a bidding war; Netflix bought it in a seven-figure deal. Matt Query also landed a publishing deal to turn the story into a novel. Verve repped the Querys, Kliewer, and Ground Control in the negotiations.

“My Wife & I Bought a Ranch” was the first series Matt Query ever posted to r/nosleep, though he’s been a forum reader for a decade. The adaptation also marks his first creative collaboration with his brother, who is penning the script.

“I definitely did not expect it to turn into this kind of opportunity,” Matt Query said. “My hopes were that the story would simply be well received by the nosleep community and that maybe those folks would be interested in reading something else from me down the road.”

Launched in 2010, r/nosleep now has 14.8 million members. That growth coincided with increased critical appreciation of the horror genre and its commercial success. That trend led to the controversial term “elevated horror,” which refers to stories in which ordinary situations like an interracial couple’s family dinner or a summer trip to Sweden lead to situations far more disturbing than jump-scares.

“Nosleep is full of stories that are endlessly creative and original, even taking popular tropes and turning them on their head at times. It’s the perfect place to find something that’s both terrifying and refreshing,” r/nosleep moderator Christine Druga said over email. “What sets nosleep apart from other horror forums is the Plausibility rule, which I think is another thing that attracts people who want to make these stories something more. Every story has to be based in reality. There are no zombie apocalypses, giant monsters destroying New York, etc. (without an explanation for how it’s happening and no one noticed). Every story is told as if it’s something that really happened, which ramps up that sense of terror while reading.”

Rebecca Klingel is one of r/nosleep’s earliest success stories. In 2017, she was working as an insurance underwriter in Phoenix and passing the time writing “creepypasta” — online horror stories — for the subreddit. It wasn’t long before she was one of the community’s top writers, and filmmaker Mike Flanagan reached out to option two of her stories. Then she got another call from the “Doctor Sleep” director.

“He said ‘I want to know if you want to come out and write a TV show for me and Netflix.’ I was taking this call in the parking lot at work and I was like ‘I’ll start driving now,’” she said. “I met with Paramount and Amblin over Zoom, they approved of me even though I had never written a script in my life. I was on YouTube looking up ‘How do you write a script? What software do you use?’”

That show would become “The Haunting of Hill House.” She went on to gain representation at WME and write for both the Netflix show’s follow-up, “The Haunting of Bly Manor,” and “Borrasca,” the Cole Sprouse-starring podcast she created based on one of her r/nosleep stories.

“I think it’s neat when you do write things on the internet, they’re put out into this Wild West and they sink or swim on their own,” Klinger said. “If people respond to certain things, they get very popular and it’s really a hunger games of what’s entertaining people, what are people responding to?”

Internet virality is an indicator, but it’s not always a predictor. In 2015, Clive Barker and Warner Bros. announced a TV series, “Clive Barker’s Creepypastas,” but the concept never made it out of development.

“The work still needs to be fantastic,” Glassgold said. “I think ultimately there’s the sizzle of the viral and the steak of the material — if the steak’s not there, the people aren’t spending the money on the material.”

Alex Walton, executive VP advisory for the film group at Endeavor Content, draws parallels between source-book or talent followings that have long helped sell indie projects. He’s repping the YA package “Perfect Addiction” at the Cannes market, based on Claudia Tan’s story published on storytelling website Wattpad that garnered 81 million reads in the last six years.

“In the indie film space, having an in-built following is a great value add for any project,” Walton said. “Wattpad is a really engaged platform.”

Wattled has been a particularly successful for sourcing YA material; the Netflix hit “The Kissing Booth” (and its two sequels) are based on a story written by by Beth Reekles, who uploaded the story to Wattpad in 2011 when she was 15. 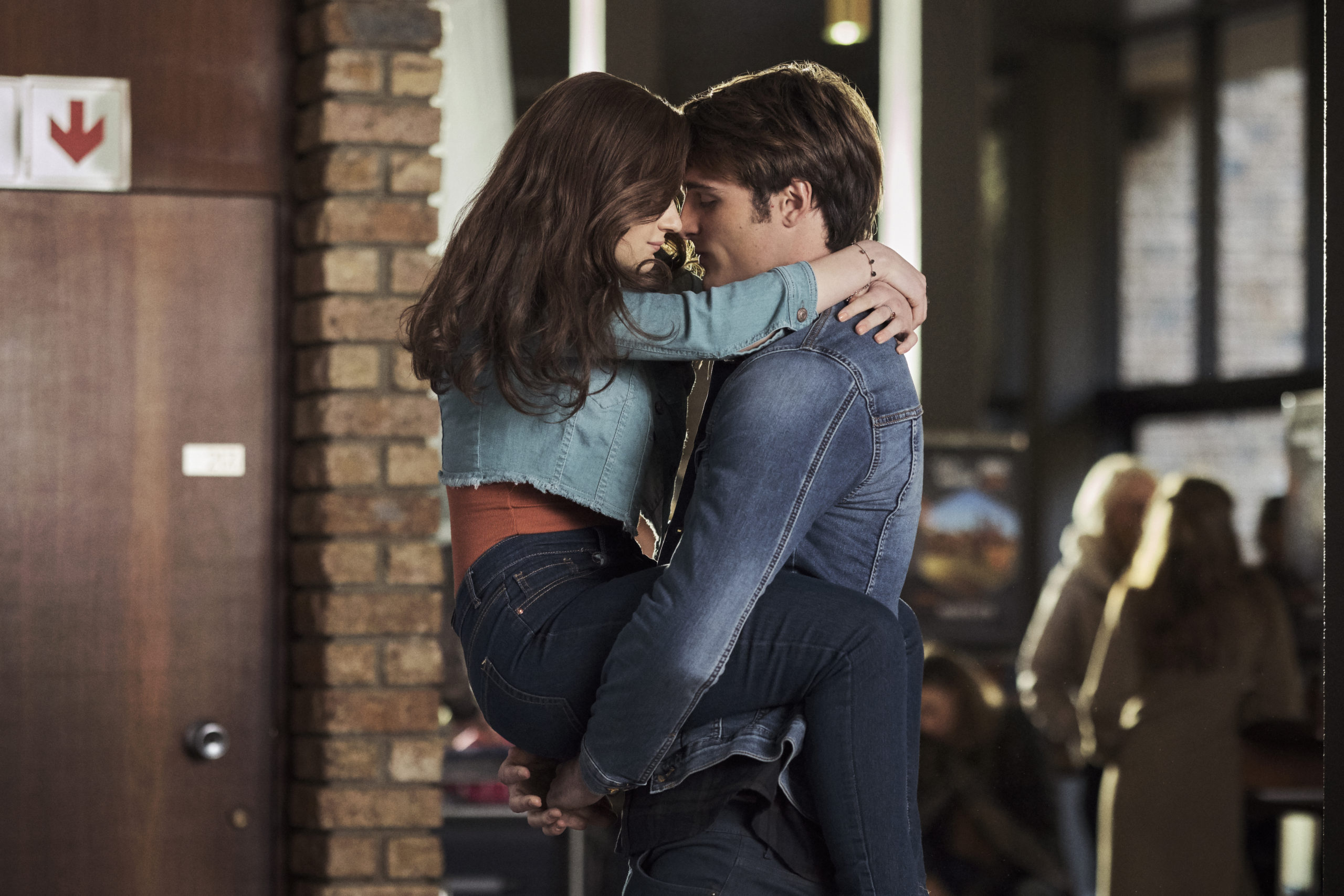 Community engagement — rather than fleeting virality — is perhaps a better analogue to the built-in followings of the paperbacks of yesteryear.

r/nosleep moderator Druga says that’s another reason Hollywood is so interested in stories that come out of the forum. It’s a community that extends far beyond Reddit; YouTubers frequently record audio narrations of popular stories, or the tales are adapted into podcasts and games.

“The fanbase here is super loyal … the connection to the audience is unparalleled,” Kliewer said. “That’s why I’m never going to stop writing on r/nosleep.”

A strong, dedicated community is one of the reasons why startup studio Jumpcut is developing a series based on the popular Facebook group Subtle Asian Traits with writers Ivan Tsang and Justin R. Ching. The group is dedicated to sharing memes and sparking discussions among the Asian diaspora; it was started by a group of Chinese-Australian high schoolers in 2018 and has grown to nearly 2 million members and spawned countless offshoot groups and pages.

“You can almost scoff at the idea of building a show around a Facebook group,” Ching said. “But it’s much more about adapting the spirit of what the group stands for — the sort of grand tribe, big tent for Asian people around the world.”

“[“Subtle Asian Traits”] gives us this opportunity to tell personal stories, explore the nuances between these different identities, but not scare off the networks because there’s this very engaged audience of 2 million people all around the world who are pumped and ready for a show like this,” she said. “The reality of the situation is making a show like this, without that IP, is pretty near impossible.”