Fantasy fans, get ready, because Amazon Prime Video’s foray into the epic world of fantasy series is beginning. On top of their upcoming Lord of the Rings series, The Wheel of Time will be coming to Amazon Prime Video on Nov. 19.

The Wheel of Time, based on the popular novel series of the same name, is co-produced by Amazon Studios and Sony Pictures Television. The show will star Golden Globe-winning actress Rosamund Pike, with Josha Stradowski, Marcus Rutherford, Zoë Robins, Barney Harris and Madeleine Madden alongside her. The Wheel of Time will stream exclusively on Amazon Prime Video this November at no additional cost to subscribers.

The first season of Amazon’s The Wheel of Time is based on the events of the first book in the series, The Eye of the World. The season will follow Moiraine, who belongs to a powerful all-female organization in a world where she and other select women possess magical powers. Moiraine must embark on a vast adventure with five young men and women to discover which of them is prophesied to be the “Dragon” Reborn, who will either save or destroy humanity. Along the way, the group explores their sprawling world, which serves as the backdrop for the 14 remaining books in the series, and as the visually-stunning trailer reveals, the group’s world is filled with danger lurking in every corner.

“Whatever happens now, there’s no turning back,” Moiraine warns.

Game of Thrones, Westworld and Lord of the Ringsfanatics alike will not want to miss out on this epic, fantastical series. Here’s everything you need to know on how to watch The Wheel of Time. 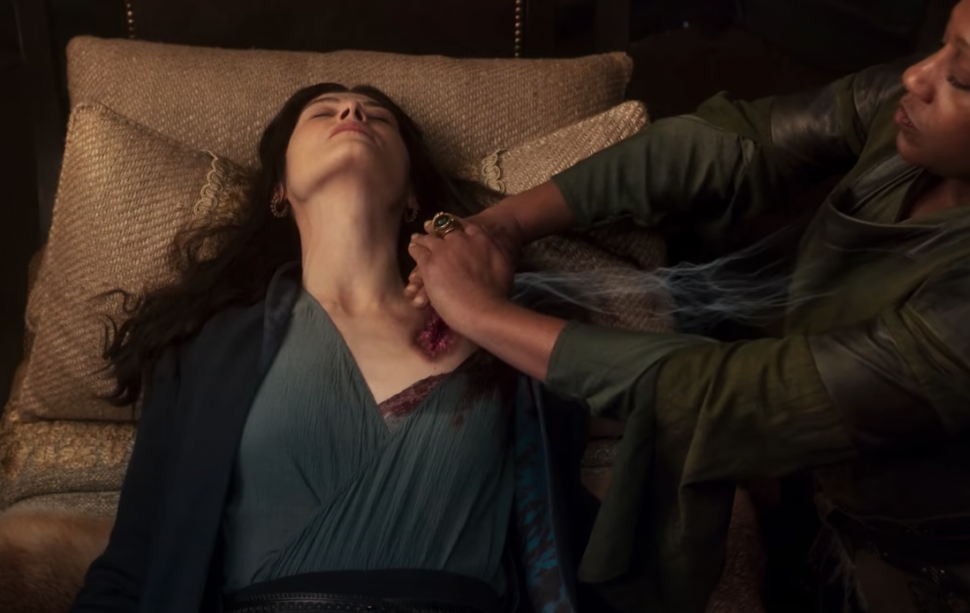