“How To with John Wilson” is a show filled with mistakes. They’re the kind of slight variations on the New York crowds that you rarely see in standard backlot scene: an honest misstep, an out-of-nowhere animal, or an out-of-place, eye-grabbing accessory. There are plenty of times when Wilson, the show’s director/co-writer/DP/narrator, films something slip from his non-filming hand. Those slip-ups aren’t so much a crack in the new HBO show’s facade but the facade itself. Camping out at documentary’s edge, “How To with John Wilson” is an exercise in documenting the everyday highs and lows, especially when that means embracing the unexpected.

Each episode takes a cue from its title, promising the viewer a better understanding of how to tackle a particular task. These range from having a bit of small talk to covering furniture to improving memory. All of these journeys are pieced together from Wilson’s home videos and excursions into various parts of New York. They begin from a humble starting point, branching out further and further as Wilson interviews experts and passersby, trying to get at some deeper understanding buried in each episode’s premise. It’s never clear who this is intended for — out-of-town tourists, students in comedy writing classes, future generations unfamiliar with the norms of the late 2010s, alien civilizations curious about what drives and sustains humanity.

The result is something that somehow blends the energies of local news reporting, public TV travelogues, “If You Give a Mouse a Cookie,” and “Police Squad” double entendres. Somehow it all coalesces into a six-episode season firmly set in its voice but made with enough flexibility to go anywhere the whims of New York City lead. (Without giving away details, “How To” follows its its instincts to locales far outside the city limits, too.) There’s a rhythm to how Wilson peppers each of these tiny adventures with asides and little vulnerabilities, reassurances that this is mostly a set of small-scale daily dramas even if they come with the laughter of recognition.

Even if Nathan Fielder’s name didn’t pop up in the credits as an executive producer, there’s some noticeable shared DNA between “How To” and “Nathan for You,” the Comedy Central series that still stands as one of the best shows the last decade. Both shows take advantage of individuals’ inherent capacity to fill their time onscreen with a flurry of personal beliefs, unusual interests, and legitimately unexpected non sequiturs. That capacity for oversharing in “How To” never feels weaponized, though. Where “Nathan for You” was regularly astonishing as a Rube Goldberg high wire act (sometimes literally so), the storytelling forces guiding “How To” are far more subtle. 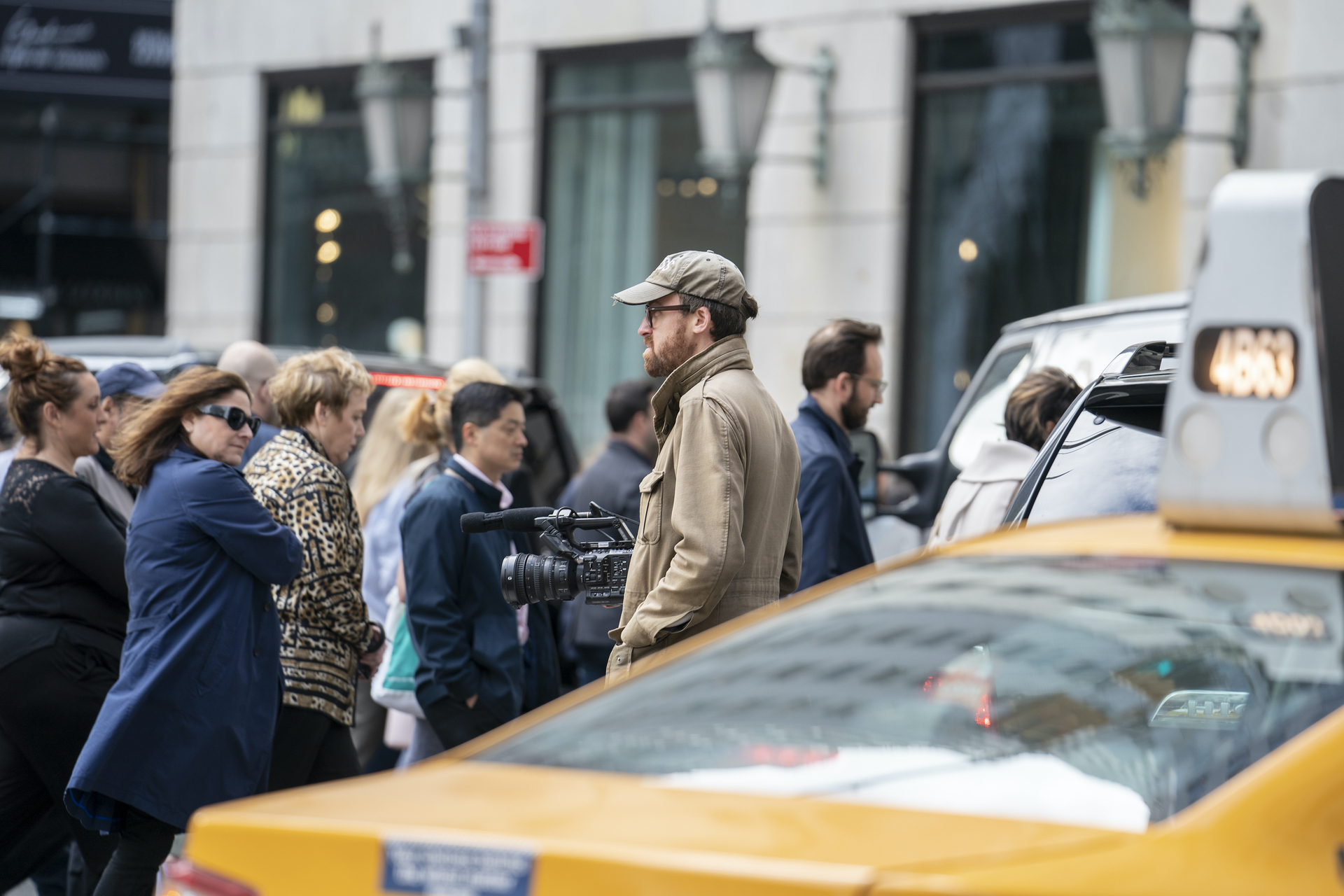 “How To with John Wilson”

That stems from the fact that aside from a few well-placed reflection shots, we only hear Wilson. Instead of him being the on-screen chaperone through each of these appreciations (something that “Joe Pera Talks with You” and “Going Deep with David Rees” each did on shows that could also be placed on this continuum), Wilson manifests himself through what’s visible while juggling the demands of his decent-sized handheld camera. There’s the occasional hand or foot, but there’s also a constant parade of some of the most meticulously captured b-roll you’ll see anywhere. Adding some comedic flourishes to the first-person camera often takes the same approach, but discovering how Wilson’s narration pairs with this footage is a constant delight.

Catching the steady stream of candid moments from New Yorkers is either the result of an ungodly amount of meticulous, compulsive documenting (which some episodes argue is probably the case) or a sharp eye for the kind of off-kilter curiosities that make for an undeniably satisfying visual joke (also probably the case). Some seemingly innocuous pedestrian activity, filmed from across a block, suddenly becomes a magician-level misdirect as some other bit of information pops into frame. Like much of the rest of the show, it’s done without malice. “How To” is filled with the kind of unexpected surprises that lead to belly laughs rather than gasps.

Out of context, some of the ways that these episode topics connect to wider-reaching metaphors would seem saccharine or forced. But in the hands of Wilson and co-writers Michael Koman and Alice Gregory, there’s an earned earnestness to how this all plays out. There’s a certain strain of comforting self-awareness as “How To” connects the dots to those heartfelt conclusions the only way it can.

“How To” is willing to follow wherever its twists and turns go without making those who flit in and out of the series the punchline. It’s a show that genuinely feels like it’s figuring things out as it goes along. In this particular case, that’s all you could possibly want.

10/23/2020 TV & Movies Comments Off on ‘How To with John Wilson’ Review: A Sweet Primer on Humanity and the Magic of Small Moments
Recent Posts
We and our partners use cookies on this site to improve our service, perform analytics, personalize advertising, measure advertising performance, and remember website preferences.Ok