Indiana Jones and the Last Crusade was released in 1989 and explored a little more about the titular character’s family and backstory. The opening scenes revealed that young Indy was battling bad guys long before he became the whip-cracking hero fans know and love. Phoenix, was an up-and-coming star who was gradually claiming bigger roles in Hollywood, including Running on Empty, Little Nikita and A Night in the Life of Jimmy Reardon.

Ford and Phoenix’s relationship began years earlier in 1986 when the two actors worked alongside one another in movie The Mosquito Coast.

Phoenix, who is brother to Joker star Joaquin Phoenix, played Ford’s son in the drama, which was based on a novel by Paul Theroux.

In 1988 Phoenix praised working with Ford, where he said: “I didn’t know what to expect in the beginning. He was very down to earth, a very logical man, a very smart man, really educated. Practical. He’s sturdy. He seems like psychologically, he’s a sturdy man. A real father figure. In control. Very centred.” 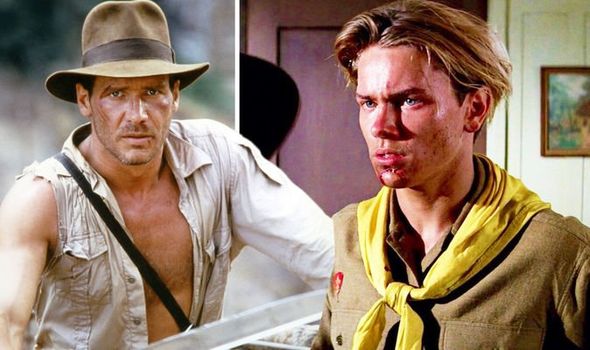 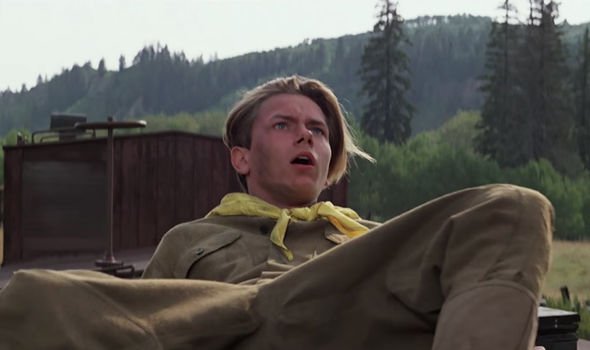 When the third Indiana Jones movie began production, Spielberg and Ford started looking for a young, good looking actor to play a 20-something version of the Star Wars actor.

Spielberg revealed Ford proposed they used Phoenix for the role.

The director said: “Harrison was actually the one who suggested River. He said to me: ‘The guy who looks most like me when I was that age is this actor named River Phoenix.’

“It was Harrison Ford’s idea, because he played Harrison’s son in The Mosquito Coast. So I met River and I thought he was great, and I cast him.” 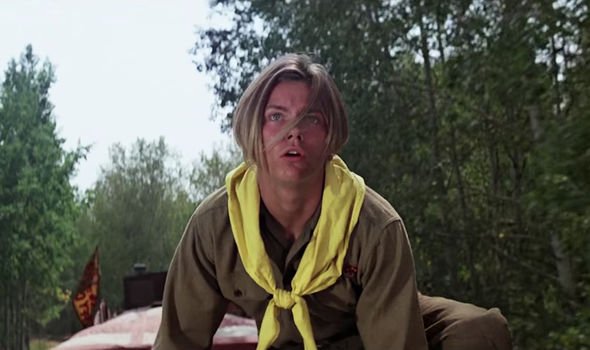 The first 20-minute scene of The Last Crusade shows Phoenix as the young hero.

The finished scenes are uncanny, with Phoenix smirking to the camera and showing the defiance Ford did throughout the first two films, Raiders of the Lost Ark and Temple of Doom.

After Phoenix’s death on October 31, 1993, Ford spoke candidly about the young actor.

Speaking to the New York Times, he said: “He played my son once, and I came to love him like a son.”

Harrison Ford stars in Indiana Jones And The Temple Of Doom

Ford added: “I was proud to watch him grow into a man of such talent and integrity and compassion. We will all miss him.”

Phoenix died of an overdose in Los Angeles, California.

On November 15, 1993 the toxicology report for Phoenix found he had “high concentrations of morphine and cocaine in the blood, as well as other substances in smaller concentrations”. His cause of death was determined as “acute multiple drug intoxication”.

Last year River’s brother Joaquin won an Oscar for his portrayal of Arthur Fleck in Joker.

During his acceptance speech the actor gave a touching tribute to his late brother.

He said: “When he was 17, my brother wrote this lyric. He said: ‘Run to the rescue with love and peace will follow.’”

In September 2020 Joaquin welcomed his first child, a baby boy, with his fiancée and fellow actor Rooney Mara. They named the child River.

The Indiana Jones films are available to watch on NOW.