Faryal, 27, is married to I’m A Celebrity…Get Me Out Of Here! star Amir and the pair have one child together.

Yet the model shared her frustrations with her situation at home and insisted she should get “paid” to be a stay-at-home-mum and manage the cooking, cleaning, laundry, and looking after the children alone.

She said: “It’s being the CEO of the house that’s not getting paid – laundry, cleaning, cooking, looking after your children. I’m working a 100-hour week and and so I should get paid more than a surgeon or a lawyer’s amount.

Amelle countered: “I just don’t agree,” as presenter Kate, 52, agreed it was “putting a price on having children”.

Ben chimed in: “The government does subsidise childcare and nursery hours.”

Kate then played devil’s advocate as she asked the guests: “What’s wrong with giving money to the mum at home so she can occasionally go out for a drink or have coffee?”

“I’m not taking away from the fact it’s extremely hard,” Amelle clarified, and Faryal went on to admit she doesn’t actually perform her “duties” alone.

“I’m lucky enough to get help and get a cleaner, but some of my friends – mothers – can’t afford it,” the model said, which prompted a stark comment from journalist Kate.

“Let’s not forget, having children isn’t a right, it’s a luxury,” she declared. “Lots of women can’t have children.” 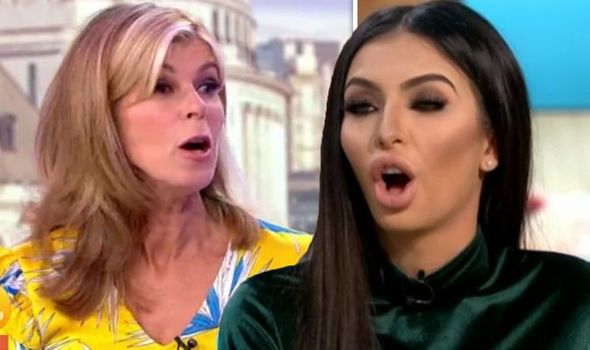 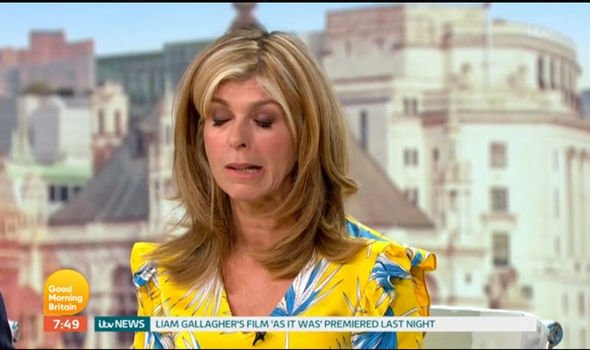 I’m the CEO of the house and not getting paid

“And it’s because it’s a choice at the end of the day,” Amelle continued.

Becoming irate over the topic, Faryal asked how you could cope with your own sanity, and and Amelle agreed the role was “very very hard”.

“I couldn’t take a shower without an audience, without my children, its a 24 hour job!” Faryal cried.

But Amelle refused to change her position on the subject, stating she “couldn’t put a price on looking after her kids and husband”, and viewers were incensed by what they’d just witnessed.

Taking to Twitter, one person said: “Oh my god .. we have Amir Khan’s wife on TV saying mothers should get paid.. You can’t tell me she’s struggling .. cook, cleaner, nanny, few million in the bank. Where is my violin? #GMB.” 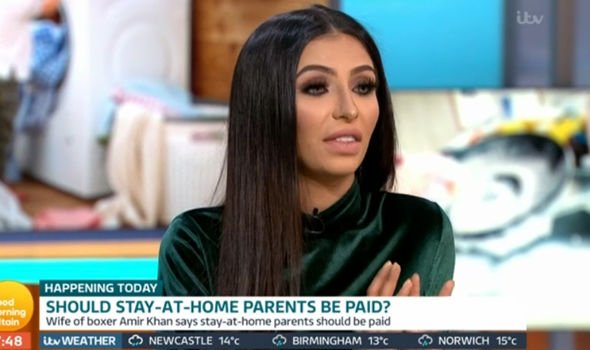 “#GMB should stay at home parents be paid? What about single parents who have to work AND look after their kids AND a house @GMB #life #reality,” another wrote.

A third asked: “Is this woman for real?? Its almost like she’s never had to work hard before. Why would you get paid for being a stay at home Mum #GMB.”

While a fourth posted: “#GMB are you having a laugh? Can’t believe she wants paying to be a mum.”

“I think she needs to speak to her man not ask to be paid to raise your child, FFS, can she hear herself? #GMB.”

In yesterday’s edition of the programme, viewers were left unimpressed when the ITV show switched from the poignant coverage of the D-Day 75th anniversary commemorations to a segment about reality TV hit Love Island.

Good Morning Britain continues weekdays at 6am on ITV.